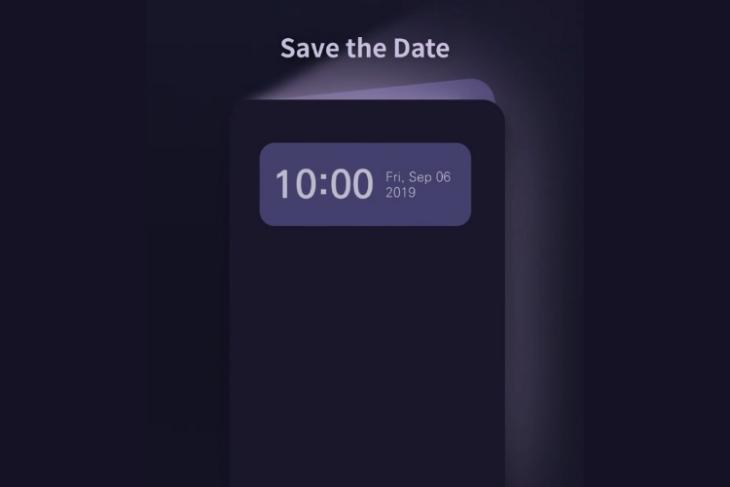 While Samsung and Huawei are thriving, LG is having a difficult time selling smartphones. The Korean giant’s smartphone business recorded a steep 21% decline, as per the recent earnings report. But, it appears like LG is not taking a breather to rethink its smartphone strategy but is instead going ahead with the launch of a new dual-screen device.

LG has sent out invites for the unveiling of its next flagship smartphone at IFA 2019 on September 6. It has uploaded a 20-second teaser video on its YouTube channel, which shows off a V50 ThinQ-like dual-screen smartphone. But, there’s a new addition to the design here. It’s a miniscule secondary screen on the outside of the display panel that attaches to the smartphone.

The smaller secondary screen, as you can see above, displays the date and time in LG’s teaser. It isn’t really a new concept though. Instead, it’s an age-old idea that we earlier used to see in flip phones and smart covers. LG plans to resurrect the same with its new dual-screen experience on possibly the Snapdragon 855 (or Snapdragon 855+) powered V60 ThinQ smartphone.

We first saw LG introduce the dual-screen attachment with V50 ThinQ earlier this year at Mobile World Congress to compete against the onslaught of foldable phones. LG is pretty wary of adopting this newer form factor and, rightly so, as we have seen how the Galaxy Fold launch (or anticipated launch) has gone.

The V60 ThinQ is likely to pack minor upgrades over its predecessor but most importantly we can expect to see 5G connectivity and dual-screen improvements in tow. What’s your expectation from the V60 ThinQ? And do we really need a second screen? I would love to know about the same, so comment your thoughts down below.