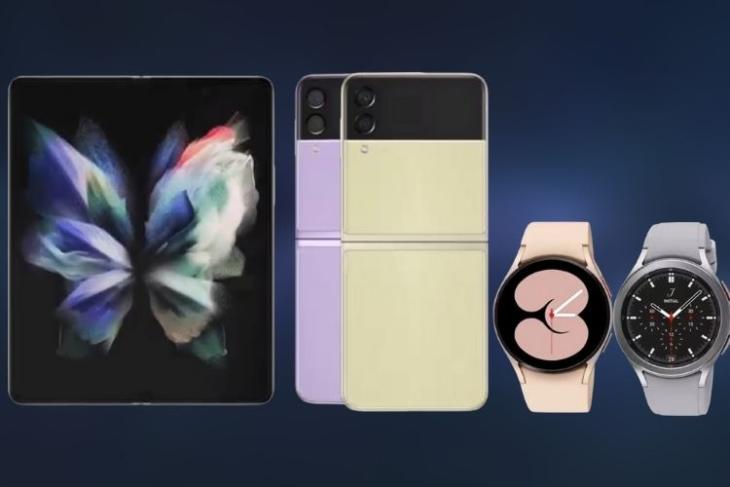 Ahead of the upcoming Galaxy Unpacked event set for August 11, we have seen the entire line of upcoming products leak online. Moreover, we have been hearing rumors about the next-gen Samsung foldable, i.e Galaxy Z Fold 3 and Galaxy Z Flip 3, for quite a long time. Now, just days before the launch event, the prices of the upcoming Samsung devices have leaked online.

The leak comes from reliable tipster Evan Blass (aka evleaks), who shared images with, what seems to be, the official prices of the Samsung Galaxy Z Fold 3 and Z flip 3. Plus, the following tweet also reveals the prices of the Galaxy Watch 4 models, and Galaxy Buds 2. However, Blass did not share the price of Galaxy S21 FE, which Samsung is also rumored to unveil during the August 11 event. You can check out the tweet attached right below.

Remember that pricing is almost never a direct conversion across markets and currencies. https://t.co/MLvLUynwjG pic.twitter.com/fdbRvnySu6

Coming to the smartwatches, Samsung is expected to launch two kinds of Galaxy Watch 4 models – the Galaxy Watch 4 Classic and the standard Galaxy Watch 4. Both the series will come in two dial sizes of 42mm and 46mm and will be priced accordingly.

Now, although these are leaks and Samsung will announce the official prices of the devices at the end of the upcoming Unpacked event, Evan Blass has a reliable track record. Hence, we can expect the prices of the next-gen Samsung devices to be closer to these leaks, if not the same.

Moreover, it is worth mentioning that the above prices are for the European markets and not other regions. So, the prices should be different in other countries depending on the import/ export duty, manufacturing taxes, and other economical factors.