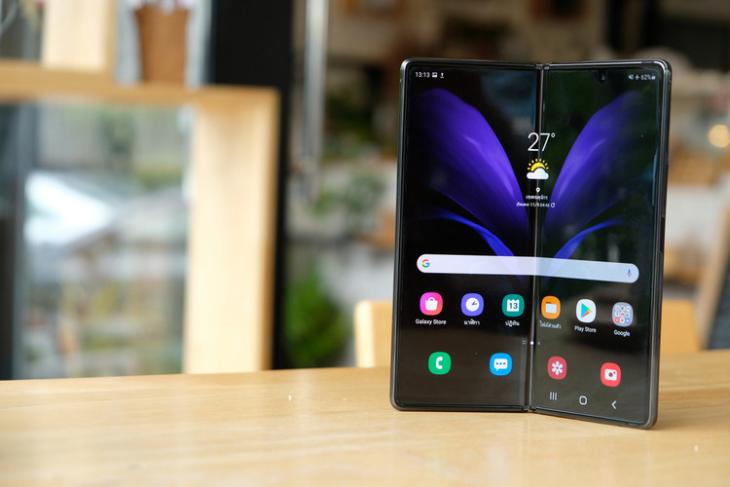 A new report out of South Korea seemingly confirms recent rumors that Samsung’s next-gen folding smartphone, the Galaxy Z Fold 3, will ship with an under-display selfie-camera. According to an industry insider quoted by South Korean publication, ET News, Samsung Display has developed a screen which will support the new technology that has been demoed by a number of companies but has only been seen in a handful of devices, like the ZTE Axon 20 5G.

According to the report, the new display panel will come with wider gaps between pixels to allow light to pass through. The wider spacing, however, will likely affect image quality, which is why it will only be implemented in the area above the camera, while the rest of the panel will use standard configuration. Samsung is also reportedly working on custom algorithm for image correction to mitigate issues created by refraction through the OLED panel.

As for the under-display camera module, it will apparently be supplied by Samsung LSI. The report also claims that the device is expected to be released in the third quarter of 2021, but additional details remain a mystery. It will be interesting to see whether the Z Fold 3 heralds an era of under-display cameras that will finally get rid of unseemly notches on smartphones.

Apart from Xiaomi, Realme and ZTE, other brands are also reportedly working on the new feature to usher in the era of truly bezel-less smartphones. OnePlus, for example, has already received a patent from the Chinese IP agency for a technology that hides the front-facing camera in a smartphone when not in use. There’s, however, no word on when the company will introduce the technology in a commercial device, so let’s hope that it happens sometime next year.