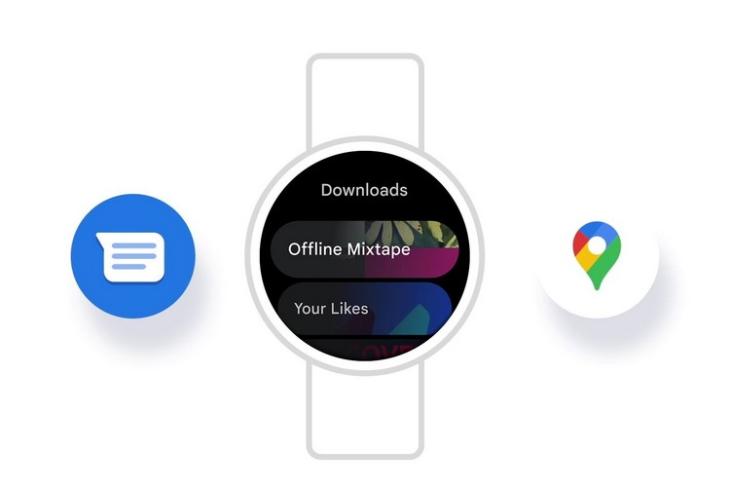 Samsung is looking to ditch Tizen OS for its Galaxy Watch lineup and switch to Google’s Wear OS. We saw a report regarding the same earlier this month, and now we have our confirmation. Here’s a first look at Samsung’s upcoming Wear OS-based “One UI Watch” skin for Galaxy Watch models.

Dubbed One UI Watch, the Korean giant showcased some of the features and UI updates for the skin at MWC 2021. It was shown primarily to developers to give them a glimpse of the company’s new Wear OS-based experience, which will make its way to Galaxy Watch 4 later this year.

Samsung shared three short videos that show some of the significant features and UI elements of the upcoming One UI Watch skin. You can check out the videos along with the relevant information below.

Now, in the first video (attached below), Samsung shows off the improved communication between the smartwatch and your smartphone. For instance, if you install an app on your phone that is also available for the smartwatch, it will automatically install on your watch.

The clock settings, alarms, and the ability to block calls and texts also sync between the two devices. Moreover, we can see an overhauled app drawer, which looks similar to the app drawer in Apple’s watchOS, and a revamped Settings page that falls in line with the Settings page of Samsung’s mobile devices.

In the second video, Samsung boasts about the addition of several Google apps such as Google Maps, Messages, and YouTube Music to Galaxy Watch. Furthermore, the YouTube Music app on One UI Watch shows that it will support offline playback as we can see the mention of “Offline Mixtape” in the video. Other apps that are shown by Samsung include Bitmoji, MyFitnessPal, Spotify, Calm, and others.

So, these were some of the key features and visuals of the upcoming One UI Watch skin. Samsung has confirmed that its upcoming Galaxy Watch 4 series will be the first smartwatches to run the upcoming firmware out-of-the-box. It will reportedly launch sometime “this summer”.