Skip to content
Home News iPhone 15 Plus Might Be a Bit Cheaper than the iPhone 14 Plus: Report 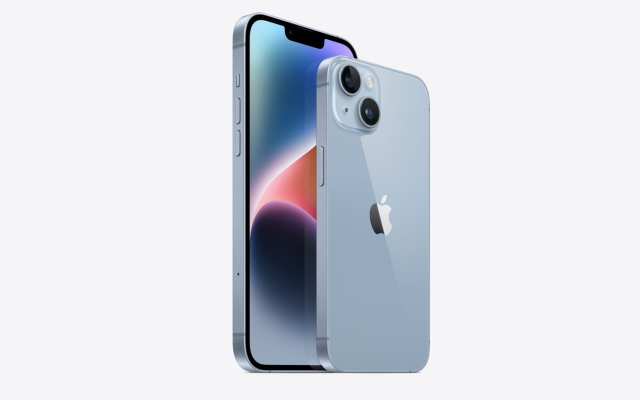 Apple’s iPhone 14 and the iPhone 14 Plus haven’t performed as nicely as the iPhone 14 Pro models considering how the non-Pro models offer nothing much and remain highly-priced. Rumor has it that this might result in a change in strategy with next year’s iPhone 15 lineup to sell more standard iPhone 15 models.

A recent report by Naver suggests that Apple might consider bringing new strategies for the iPhone 15 lineup to cater to different people. For one, it might introduce similar features for the entire lineup to reduce the major differences. This might result in the inclusion of Dynamic Island on all iPhone 15 phones, something that has been rumored in the past.

To recall, Apple replaced the notch with the more functional Dynamic Island on the iPhone 14 Pro and the 14 Pro Max while the standard models stick to the notch.

Another strategy that could be adopted is a price change. Apple might consider pricing the iPhone 15 Plus and even the iPhone 15 relatively lower than the current models so that there’s a significant price gap between the high-end and standard iPhone 15 models. Currently, the iPhone 14 and the 14 Plus offer the same specs as last year’s iPhone 13 at the same price, which raises the question of why one would want to go for the new models!

If the iPhone 15 Plus has a lower price tag, it might help Apple sell it more. This will also help Apple target each iPhone to different people depending upon their needs and the kind of money they are looking to spend.

Another thing it could explore is by creating major differences between the non-Pro and Pro iPhone 15 models by introducing different features, camera features, and even materials. This is a similar strategy that was adopted with the iPhone XR and the iPhone XS when the former got an LCD display while the latter went for OLED ones.

Apple has adopted several strategies for the iPhones in the past and the one in 2023 might be another one to keep the sales steady for all the models. Since it’s almost a year before the launch happens, we are not sure what Apple will ultimately plan to do. So, it’s best to take these details with a grain of salt and wait for more information to pop up. Also, do let us know how you feel about the aforementioned strategies in the comments below.