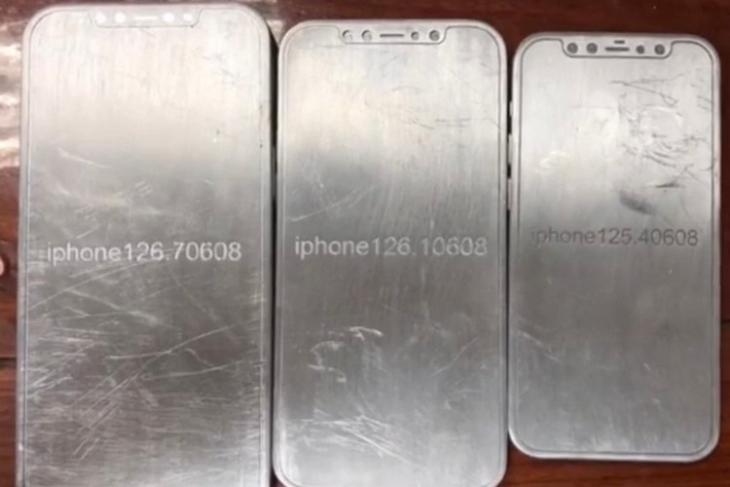 Prior to the release of every iPhone, rumors and leaks about the devices tend to show up around the internet somewhere. This year is no different and we have already heard rumors about the iPhone 12 features and also saw leaked CAD renders of the device a few weeks earlier. Now, fresh iPhone 12 molds show that the device will carry a more boxy design, much more like the new iPad Pro models.

Recently, several new images of the iPhone 12 have surfaced on the internet. These images were shared by the CEO of Jin Store, a premium Apple reseller, on Twitter (below).

The sides are squared off, just like the rumored #iPhone12 #iPhone12Pro pic.twitter.com/u2lg4pcxSV

Now, this is not at all unusual, as resellers and case manufacturers get their hands on these molds much before the release of the new iPhones. Using these molds, many companies start working on cases and covers for the yet-to-be-released devices.

The design of the molds also matches previous rumors that claimed Apple will be using a new chassis for the 2020 iPhones. And going by these images, it sure looks like a new chassis design for the iPhone 12 models. These devices look more like the new iPad Pro models that carry a more boxy design with sharp corners.

Going by the Twitter thread, many users are concerned as the notch of the device haven’t shrunk according to the molds. This contradicts the rumor that stated that Apple will make the notch of the 2020 iPhones smaller than the current models.

However, one user wrote that the notch representation in molds like these can be inaccurate as case manufacturers do not require the specifics of the notch to manufacture a case. So, we can still hope that the iPhone 12 models will feature a smaller notch.