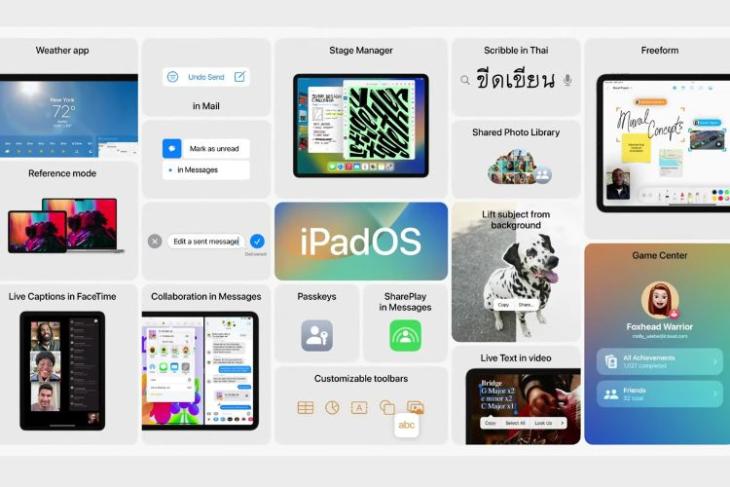 After delaying it by a month, Apple has finally revealed that it will officially roll out iPadOS 16 to users on October 24. This comes after the company recently launched the new M2 iPad Pro and the 10th Gen iPad. Have a look at the details.

The iPadOS 16 update will come after a slight delay. Usually, the new version of iPadOS comes alongside the iOS update but this year was different. Apple previously confirmed that it will release the iPadOS 16.1 update after iOS 16.

Apple’s decision to delay the iPadOS 16 release was primarily due to its Stage Manager feature, which is a multitasking feature allowing people to create multiple windows, resize them, and even overlap them. The feature needed more refinement as it displayed UI issues and bugs in its beta days and was also limited to the M1 iPads, thus, attracting criticism.

Other features include a Reference mode to show reference color for various color standards, new iMessage features, the new Weather app, Safari changes and Passkeys, iCloud Shared Photo Library, revamped Mail app, redesigned Game Center dashboard, and much more. You can check out the list of compatible devices below.

In addition, the latest macOS Ventura update will also be released on the same date. The update includes a new search design, new iMessage features, Stage Manager, Continuity Camera to use the iPhone as a web camera, and more. Check out our article on macOS 13 Ventura to know more. You can also find our list on macOS Ventura-compatible devices too. Plus, even the iOS 16.1 update, which has been seeded to developers, is also expected to release on October 24.

So, are you excited about iPadOS 16 and macOS Ventura set to arrive next week? Let us know your thoughts in the comments below.