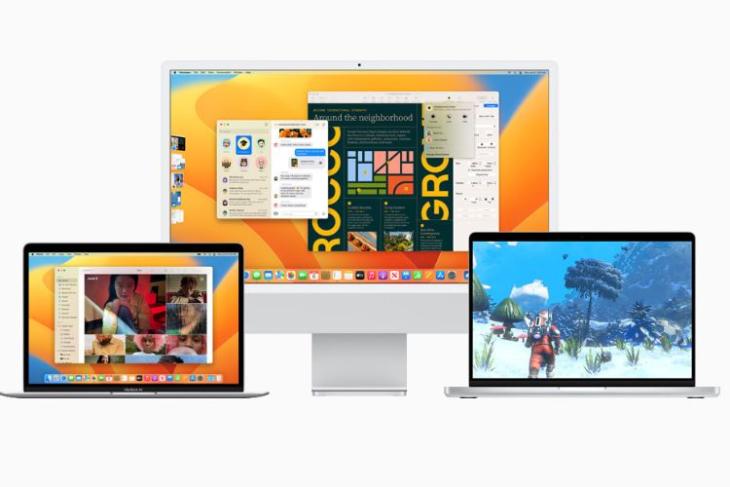 Apple, apart from iOS 16, watchOS 9, and iPadOS 16, has introduced the macOS Ventura, which is the latest version of macOS. The new update comes with various new features like Stage Manager, Continuity Camera, Handoff for FaceTime, and more. Here are the details.

The Stage Manager will help people organize the apps and windows and stay focused on what’s on the screen. With this, the main window is put in the center while the other windows and apps in use are placed on the left side to access them when needed. Stage Manager also works with macOS windowing tools, including Mission Control and Spaces.

Continuity Camera allows people to use an iPhone as a web camera on a Mac device. This feature easily lets the Mac recognize a nearby iPhone without the need for waking it or selecting it and can help in the wireless connection between an iPhone and a Mac. This helps video calls on a Mac with features like Center Stage, Portrait mode, and the new Studio Light. To recall, this functionality was available via various third-party and if you are interested, you can check out our article on the same.

Handoff on FaceTime is another feature, which will let people start a video call on an Apple device and transfer it to another Apple device seamlessly.

Various macOS apps have been updated too. Safari now supports shared Tab Groups (also on iOS 16) to share your tab groups with family and friends and also allows for bookmark sharing a shared Start Page. Plus, a FaceTime call or a Messages conversation can also be started via Safari. The Mail app now has an improved search system to look for mails, contacts, and more with ease. Users will also be able to schedule their emails.

Much like on iOS 16, the iMessage app now supports the ability to edit and undo a message and mark a message as unread. A shared file can be copied too and users can also join a SharePlay session in Messages via their Macs. Spotlight has now been updated with a new design for easy navigation and has got the ability to find images. Spotlight can also be used to perform certain actions like start a timer, and more.

iPadOS 16 Finally Releasing on October 24 Along with macOS Ventura

What are Passkeys in Safari and How to Use Them

How to Enable and Use Stage Manager in macOS 13 Ventura