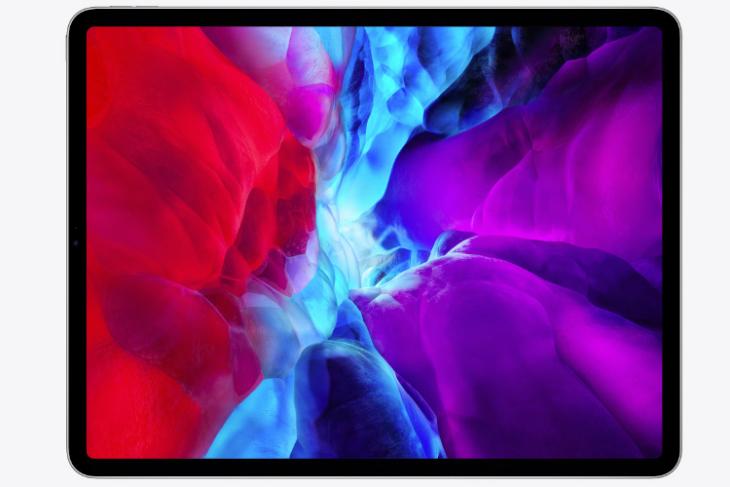 A couple of days back, Apple refreshed its iPad lineup by announcing the iPad Pro with a new LiDAR Scanner. As always, with new products come new eye candy wallpapers. The new iPad Pro has not even started shipping so far but thanks to incredibly talented graphic designers out there, you can download its wallpapers and use it on your current device.

A graphic designer who goes by the name AR7 on Twitter has extracted the Silver Green & Space Grey Pink (Light & Dark) and has optimized it for iPhones and iPads. It goes without saying that you could use these on your Android tablets and smartphones as well.

Another graphic designer named Fabio Scarparo has recreated the red/blue/purple accented wallpaper shown in Apple iPad Pro’s press release. The image size is 30.4MB and has a resolution of 4084×5450. Alternatively, you can download the wallpapers from Wallpapers Central by iSpazio.

So, which iPad Pro wallpaper in this list is your favorite? Do not forget to let us know in the comments section down below.