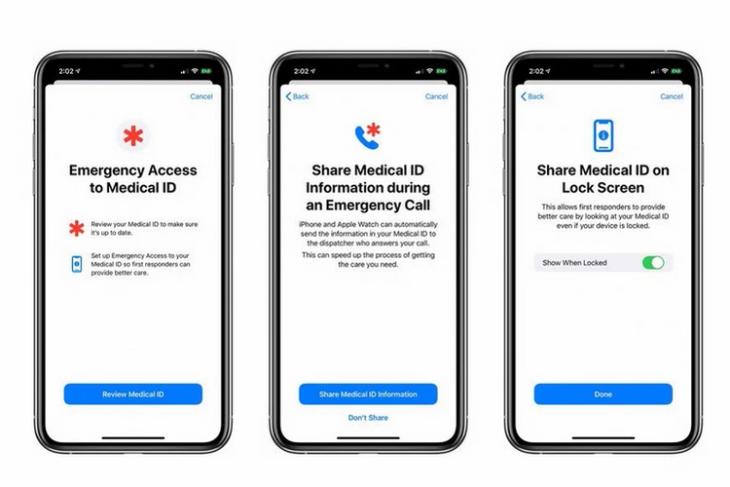 Released last week, the latest developer version of iOS 13.5 beta comes with a new, opt-in feature that will enable iPhone and Apple Watch users to automatically share their medical information with paramedics and first responders during an emergency. An expansion of the Medical ID feature on iOS, the new functionality will send the medical information of users to the emergency dispatcher on the activation of the SOS feature on the iPhone and the Apple Watch.

According to Apple, the feature will help save lives by shaving off crucial decision-making time about how to tackle a particular emergency. It will ensure that first responders will have the information they need to make decide on their course of action even before get to the location. It will also, obviously, be useful in case the user is unresponsive, incapacitated or unable to communicate in any way.

As mentioned already, the new feature will be an opt-in functionality, which means users will have to expressly consent to having their medical history send to emergency dispatchers automatically. It can be toggled on when adjusting medical settings under the ‘health’ option. According to Apple, it will provide emergency services personnel with key info like allergies, language and medical conditions, enabling them to decide how to communicate and which drugs to refrain from.

iOS 13.5 is also bringing an interesting new change to the unlocking option on iPhones, whereby it will skip Face ID and go directly to the passcode option whenever it detects an user wearing a mask. It also comes with the Exposure Notification API that Apple is co-developing with Google and will work on both Android and iOS. According to the two tech giants, the new software will help government agencies and healthcare providers contact-trace people with possible exposure to the coronavirus.