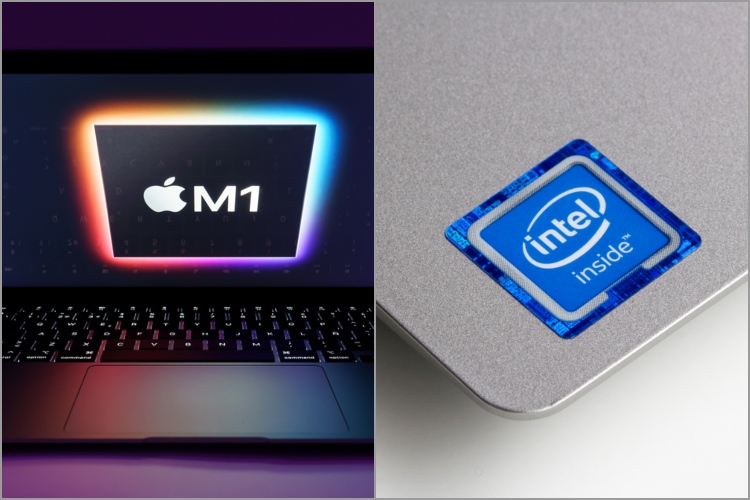 Apple, as one might know, is in the process of moving away from Intel processors for its Mac computers. The Cupertino giant introduced its in-house computer chip, the Apple M1, that power the company’s next-gen MacBooks and iMacs. Later last year, Apple recently released its first MacBook Pro, MacBook Air, and Mac Mini powered by the M1 processor instead of Intel’s offerings. And now it seems like this transition by the company is threatening other major brands in the market.

For instance, after Microsoft’s comparison ad which I mentioned before, Intel shared some tweets on its official Twitter handle, mocking the Apple M1 chip and highlights its negative points.

In one of the recent tweets (attached below), Intel shared a picture with the quote: “If you can power a rocket launch and launch Rocket League, you’re not on Mac. Go PC.” This is highlighting the fact that although Apple’s M1 powered Macs can be powerful, they lack the balance that can attend to “scientists and gamers alike”. And they further mention Rocket League as the title is not available on Apple’s platform, as of now.

Only a PC can power scientists and gamers alike. #GoPC

In another similar tweet (below), Intel pointed out the fact that “only a PC offers tablet mode, touch screen and stylus capabilities in a single device”, bashing the lack of a touchscreen on Apple’s Mac devices.

Only a PC offers tablet mode, touch screen and stylus capabilities in a single device. #GoPC

Intel’s tweets include a link to a video by the popular YouTuber and tech journalist, Jon Rettinger, in which he talks about the benefits of Intel’s platform over Apple’s latest M1 platform. You can check it out right here.

So, once Apple completes its transitioning, it will be interesting to see how companies such as Microsoft and Intel tackle the situation in the coming years.