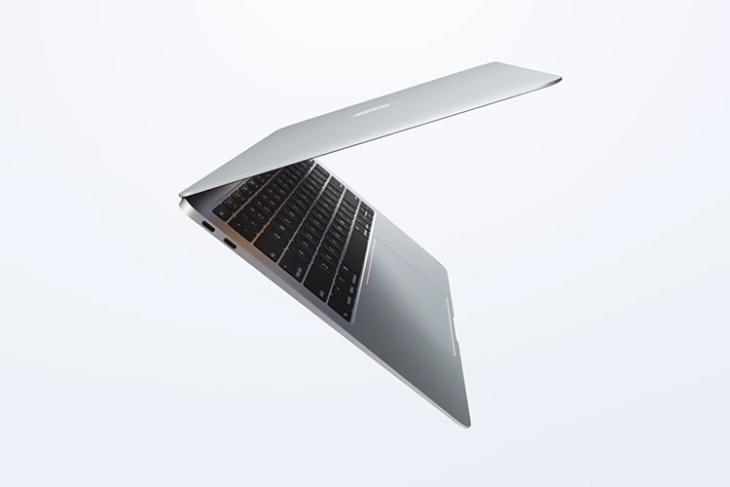 Apple’s all-new MacBooks powered by its own, in-house processor, are apparently faster than their predecessors powered by Intel chips. That’s according to new benchmark results that seem to suggest that the new M1-powered MacBook Air is faster than the last-generation MacBook Pro.

As per the Geekbench listing, the new MacBook Air scored 1,687 in single-core and 7,433 in multi-core tests, both of which are higher than what the Intel Core i9-powered 16-inch MacBook Pro managed. While the single core score for the Intel model came in at 1,096, the multi-core score only hit 6,870. 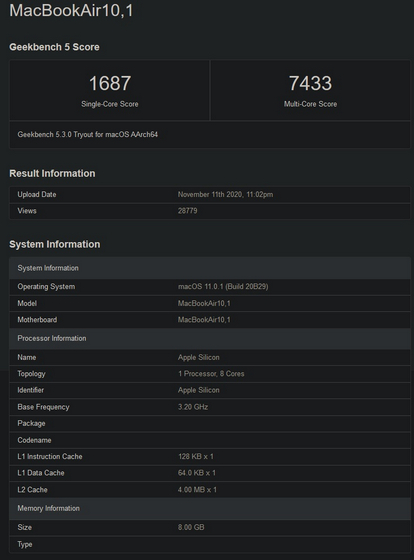 It is worth noting, though, that synthetic benchmark scores can hardly ever accurately predict real-life performance, but they still give you somewhat of an idea about what to expect from the machine. That said, when the scores are this close, only real-life tests will likely be able to anoint a clear winner.

Meanwhile, the Geekbench listing also revealed that the octa-core M1 chip has a base frequency of 3.2GHz, which is extremely impressive for an ultra-light laptop, especially one that comes with a fanless design. For reference, the Core i9 processor found in the 16-inch MacBook Pro runs at 2.3GHz with Turbo Boost up to 4.8GHz.

The same M1 chip powers all the new Mac models announced this week, including the new 13-inch MacBook Pro and the revamped Mac Mini. That being the case, we should expect similar performance from those two devices as well (maybe even better, because of built-in cooling), but it will be interesting to see how the promising benchmark scores will translate into real-life performance.