Apple launched brand new MacBook Air, MacBook Pro, and Mac mini models that are powered by its in-house Apple M1 chip last month. And if you go by the early reviews, Apple has knocked it out of the park with these new Mac devices. That said, the software still needs to catch up with the hardware. Most Mac apps are designed for Intel’s x86 architecture, and they can’t run natively on the new M1 Macs. So, before you switch, you should check the app compatibility of your most-used apps. Here is how you can check Apple M1 compatibility for your Mac apps.

This is not Apple’s first rodeo. It has already pulled off two chipset transitions in the past. So, it’s no surprise that the company was prepared for this new transition as well. While the Intel apps don’t run natively on Apple M1 Macs, Apple has released a built-in translation layer called Rosetta 2, which lets users run apps designed for Intel chips.

While the apps are not running natively, all the reports suggest that the Apple M1 chip is so powerful, that in most apps, you won’t see any performance difference. It is a big achievement for Apple and shouldn’t in any way taken lightly. The fact that Windows on ARM has been a spectacular failure till now showcases the amount of work Apple has put in this transition.

Still, if you are using some obscure or resource-heavy apps, you might encounter some problems. So it’s better to check your favorite apps’ compatibility before you invest in the new Apple M1 Macs. With all that said, let’s get to our tutorial:

1. Visit this website, and you will see the list of apps that are compatible with Apple M1 Mac.

2. To see the compatibility of your favorite app, type its name in the search field. 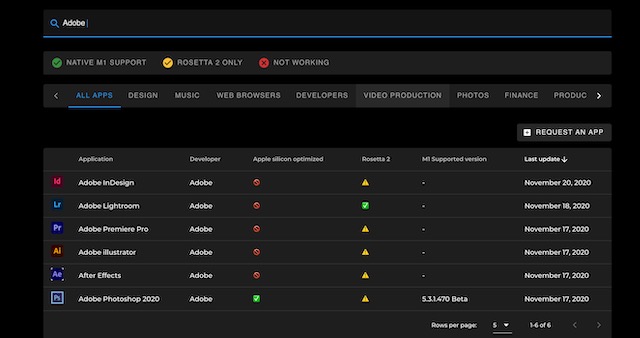 3. Not only you can get the app compatibility, but you can also see how the incompatible apps are working on Rosetta 2. 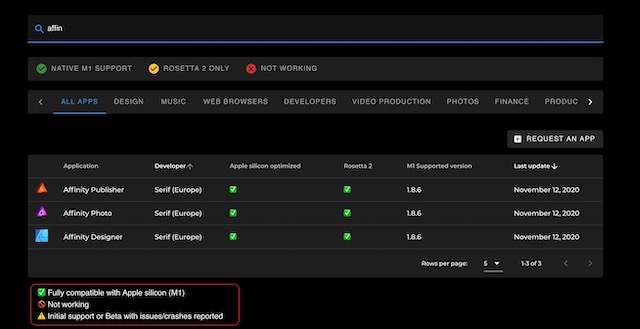 See the symbols marked in the picture above. It will tell you what’s the current working status of the apps.

If you have already purchased the Apple M1 Mac and want to see which apps are running natively and which are running on Rosetta 2, there’s an easy way to see the list.

1. Click here to download and install the “Silicon” app. It’s a free and open-source app, so you don’t have to pay.

2. Now launch the app and click on “Open” to grant it permissions.

3. If there’s a pending update, click on “install” to update the app. 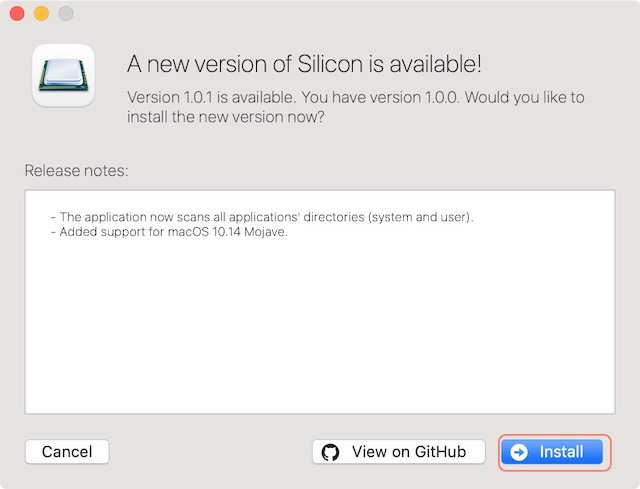 4. Now, click on the “Start Scanning” button. It will start scanning your Applications library to locate all the apps. 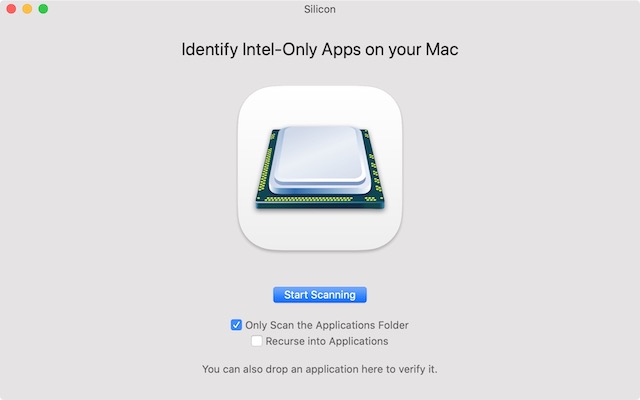 5. Since I am on an old Intel Mac that is not running any universal app, you can see that all the apps are compatible with Intel only. 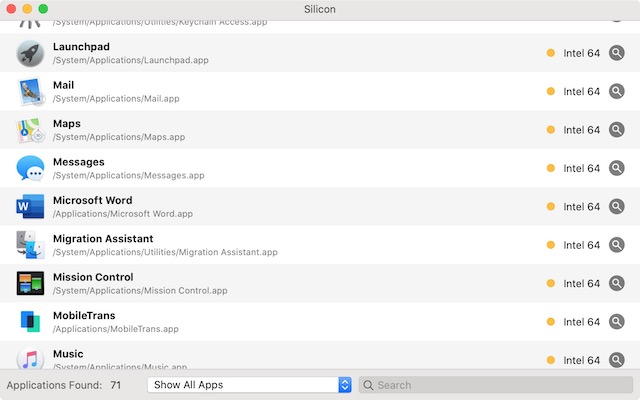 The below screenshot shows how it will look if you are running it on an Apple M1 Mac. You will see some apps that are Universal (can run natively on both Intel and Apple M1 Macs) and some that are still Intel only. 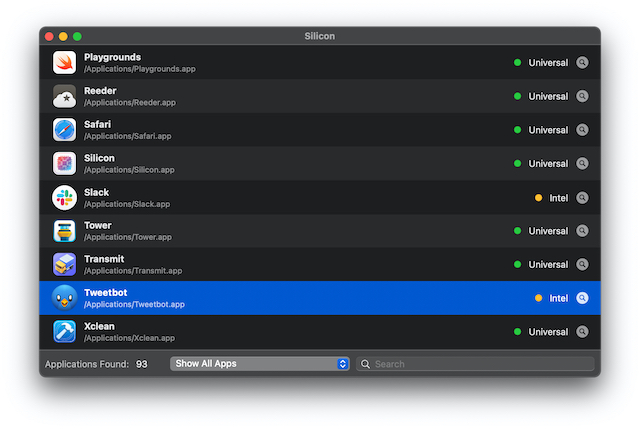 The Intel-only apps are the ones that are running using Rosetta 2 translation layer.

We have mentioned two ways to check Apple M1 app compatibility in this article. The first method lets you decide whether to buy the Apple M1 Mac or not, depending on the app compatibility. The second method is for people who have already purchased an Apple M1 Mac and want to see the list of apps that are running on Rosetta 2. I hope that you found this article informative. Let us know your thoughts in the comments below.