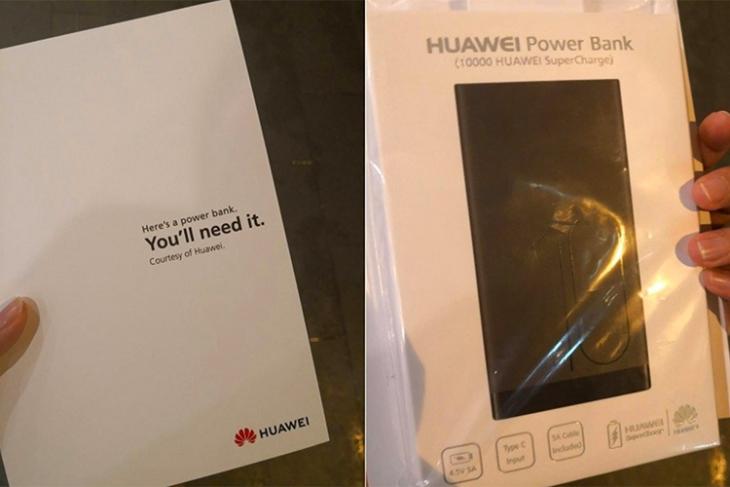 Continuing its marketing strategy of continuously bashing the iPhones in sometimes subtle yet effective ways, Huawei has now taken it to the next level, and honestly this time it’s a little funny.

According to reports, Huawei staff was seen going around Singapore, approaching iPhone fans that were lining up for the new iPhones, and handing out power banks. If that wasn’t enough of a “guess what, your phone has a poor battery life” joke, the company included a printed paper with the power banks that read “Here’s a power bank. You’ll need it. Courtesy of Huawei.”

Look, normally I’m not the kind of person who likes when companies take this route to indirectly bash their competition. I was especially rather pissed off at Samsung’s campaign to show the iPhones in a bad light. However, what Huawei has done here is actually kind of funny. There’s even a video:

Oh, and by the way, these aren’t just any old power banks that the company is giving out. They’re the company’s SuperCharge 10,000 mAh Powerbanks that retail for around $99 a pop. So, if you’re one of the people who were given these power banks, well, enjoy it with your new iPhone. To be honest, you probably won’t regret buying the iPhone with or without the free power bank, but having that as a freebie is definitely a plus!