Skip to content
Home How To How to Stream Games on Twitch from PC, Consoles and Smartphones

Twitch is currently the world’s biggest online streaming platform, especially for gamers. The Amazon-owned service boasts of over 2.2 million unique monthly streamers and an excess of 292 billion minutes of content watched. Heck, even the rapper Drake was recently found streaming on Twitch. So, if you’ve been thinking of starting your own Twitch channel, but are unsure on how to go about doing so, read on, as we show you how to stream games on Twitch using your PC, gaming console, or even a smartphone:

How to Stream on Twitch (Sections):

Note: While all of the following methods make use of a third-party app, it goes without saying that you will be requiring a Twitch account. In case you don’t already have one, you can sign-up for Twitch here. Also, while PC/Console gaming can be streamed natively (as shown in the article below), we recommend using a capture card.

How to Stream on Twitch from PC

1. First off, you need to open your Twitch account in a browser and head over to Dashboard. Now, in the Live tab, fill out a Title for your stream, choose the game which you want to broadcast and select the Communities you want your stream to be associated with.

2. Now, download and install OBS (free) on your system. Once you’ve done that, launch the software and select “Twitch” from the list of stream services and leave the “Server option” on “Auto” in the File menu.

4. Now, in the OBS interface, click on the ‘+’ icon under the Sources tab and select Display Capture. Create a new Display Capture and rename it according to your preference.

6. Now that you’ve done that, select the “Start Streaming” option from the main OBS interface and jump right into the action.

And well, that was it. Alternatively, if you faced any issues, you can also check out our detailed article on how to Stream on Twitch using a PC.

How to Stream on Twitch from PS4 or Xbox One

1. First off, launch the game of your choice. Then, press the “Share” button on your Dualshock 4 controller. In the Share settings that show up, select “Broadcast Gameplay”. 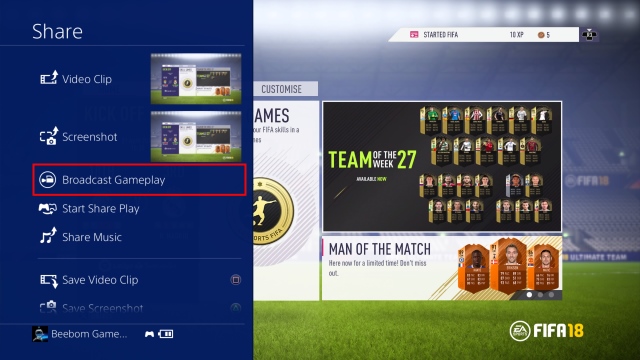 2. Next up, select “Twitch” from the list of services. 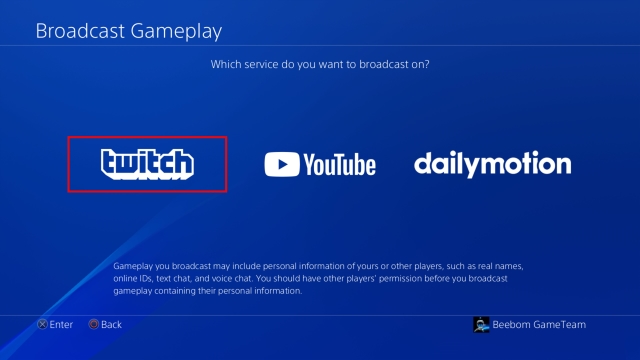 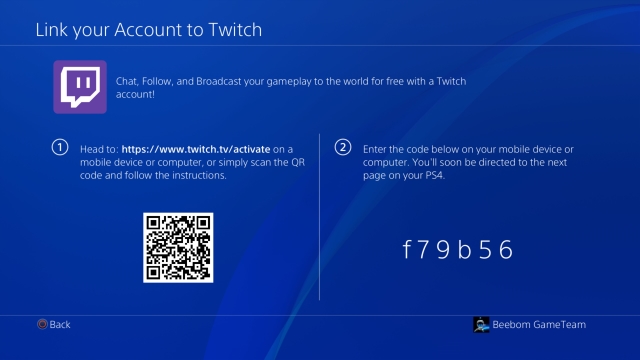 4. Once your Twitch credentials have been saved, the stream settings will show up. Give your stream a name and then select “Start Broadcasting”. 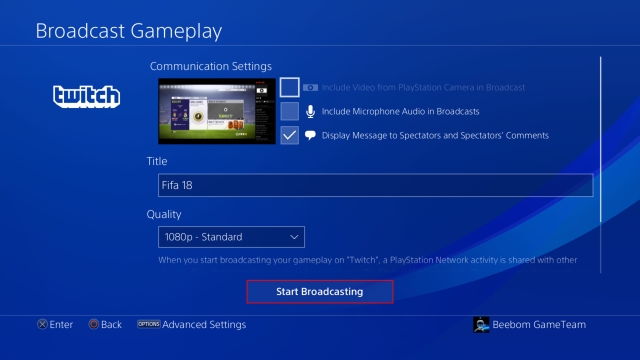 5. And that’s it. A Twitch window will show up on your gameplay footage. 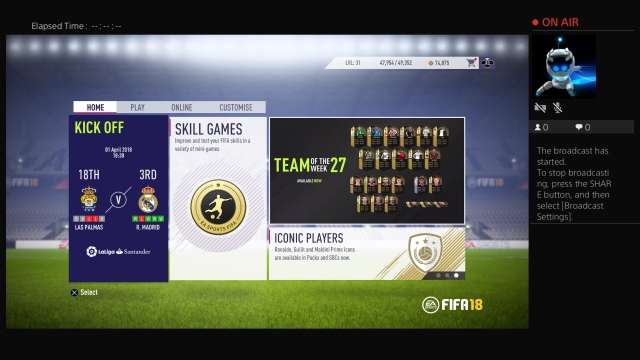 Note: For Xbox One Users, Twitch service is not natively available. As such, you will first have to download the Twitch app (free) on your Xbox One by following the link here or by searching for it in the Store. After that, the process on the Xbox One and PS4 remain the same.

You can also check out our detailed guide on how to stream on Twitch from PS4 or Xbox One here.

How to Stream on Twitch from Android or iOS

1. Download StreamLabs app (free) to your Android or iOS device. 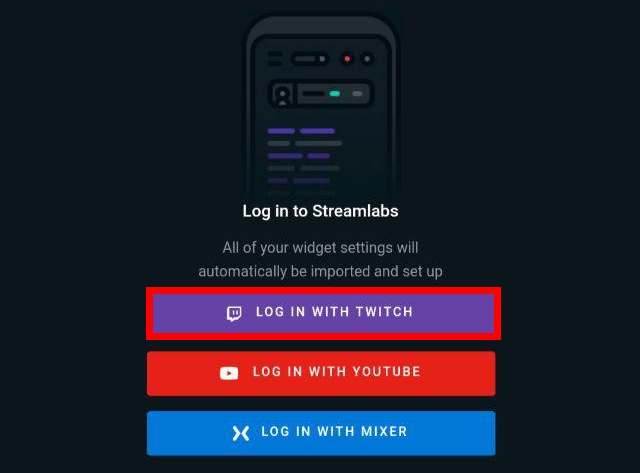 3. Now, in the main screen window, tap on the “Stream” icon. 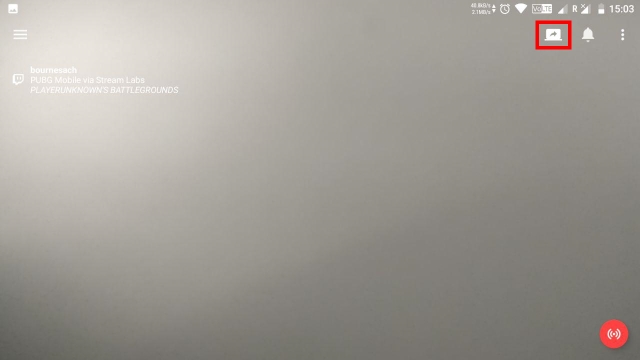 4. The app will show you a prompt for capturing your screen. Simply tap on “Start now”. 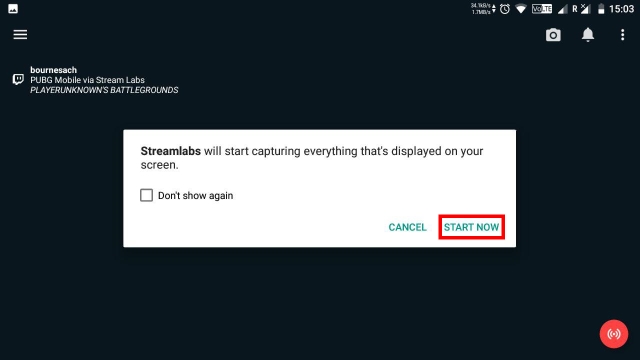 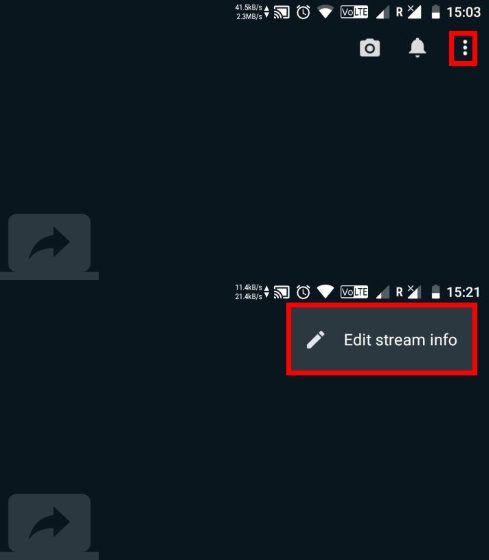 6. Give your stream a name of your choice. When you’re done, simply tap on “Ok”. 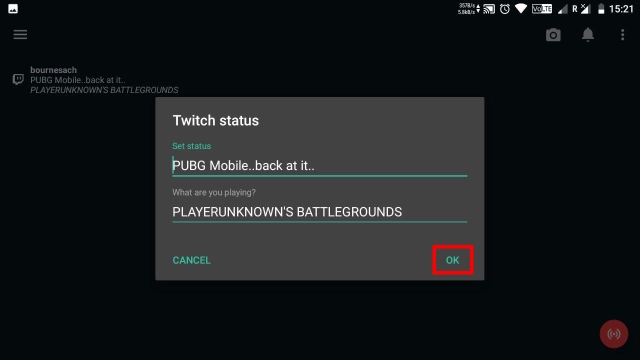 7. Now, tap on the “Live” icon in the bottom-right of the screen. And that’s it, all the content on your screen will start streaming on Twitch. 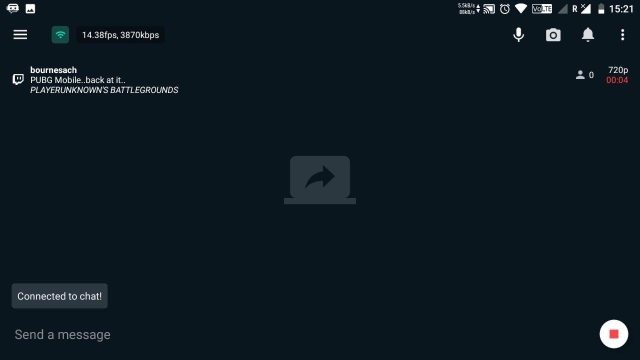 8. All that is left now is to start up the game of your choice. It will automatically be streamed on Twitch live for all your viewers to watch.

You can also check out our detailed guide on how to stream on Twitch from Android or iOS here.

SEE ALSO: How to Create Discord Server and Invite Your Friends

Well, that is pretty much it. Using the aforementioned guide, you should easily be able to stream your games to Twitch from your PC, Console, or Smartphone. However, don’t expect your Twitch stream to match those of professional streamers if you’re using this guide. There are many more nuances to streaming and achieving high-quality professional streams, most of which involve expensive hardware and software. Nonetheless, for the basic user, the above method should suffice.

So, did you try any of the above methods to start streaming on Twitch? Share with us your experiences, as well as your Twitch Channel names in the comments down below.

Games You Can Stream on Twitch from PC

Games You Can Stream on Twitch from PS4

Games You Can Stream on Twitch from Xbox One