We all know Android offers the ability to customize almost everything. There are wallpapers, fonts, icon packs, launchers and more but if you love digging deeper, you can install a whole new version of Android through various custom ROMs. Your device needed to be rooted for that but that’s not the only thing root access lets you do. You can even change your device’s boot animation if you have root access. For people unaware, boot animation is the cool welcome screen you see on all devices when you power it up.

So, if you dislike your current boot animation or you’re simply bored of it, you can change it very easily. There are two methods to do that:

1. In this method, you need a file manager with root explorer ability, so if you don’t have one, install one from the number of good options available on the Play Store.

2. In the file manager app on your Android device, go to System->Media, where you will find a file “bootanimation.zip“. Rename it to whatever you want.

3. Download a boot animation you like from the Android Themes XDA forum or from here. Once downloaded, rename the file to bootanimation.zip. 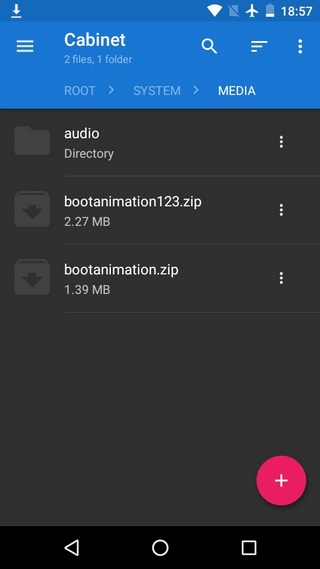 4. Then, move the downloaded boot animation file to the System->Media folder. Then, restart your device and you will see the new boot animation instead of the older one.

To change your boot animation, you can even download the Boot Animations root app from the Google Play Store, which brings a number of custom boot animations along with other cool features. In the app, you will find three tabs for Local, Server and Randomize. Local is simply a file manager, where you can go ahead and add a boot animation file you just downloaded. Server includes various boot animations you can download and install on the go and Randomize, as the name suggests lets you see different boot animations every time you reboot your device. 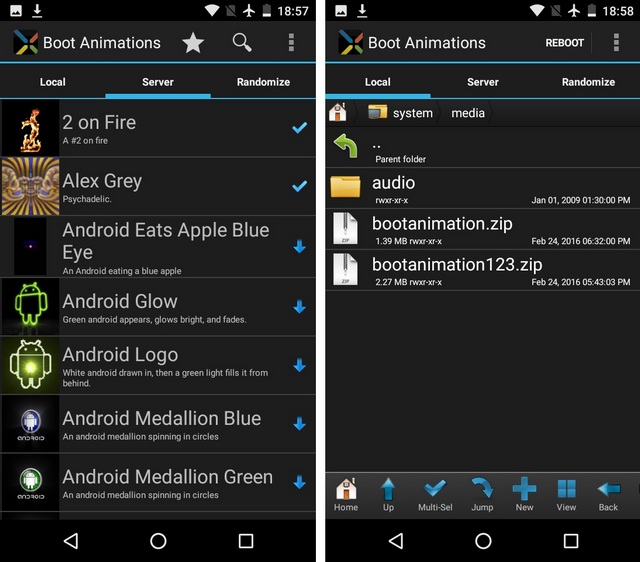 Installing a new boot animation is pretty simple. You can simply tap on an animation you like and select “Install“, after which the boot animation file will be downloaded and installed. That’s it and your boot animation will be changed to the one you just selected. 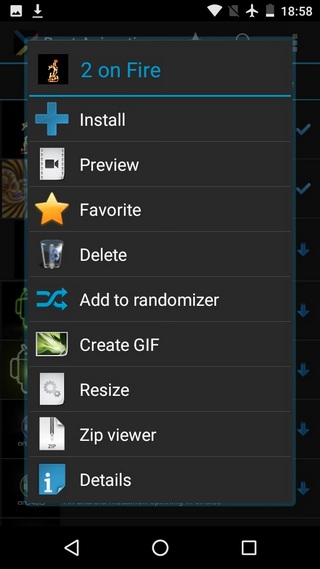 SEE ALSO: How to Check USB OTG Support for your Android Phone