AI powered virtual assistants, such as Siri and Google Now, are extremely useful. However, more often than not, they are inconsistent with voice recognition, especially if you speak with an accent. They also don’t seem to be able to hold contextual conversations. I’m not saying they aren’t a good piece of software, but they can get better; to take a hint, they can look at Hound. Hound is a virtual assistant developed by the people over at SoundHound, and it-is-awesome.

I compared Hound with Siri and Google Now, using the most common commands, and some context based searches, and Hound almost always came out on top. Be it voice recognition, context based cross questioning, or even playing games. Hound is not as interactive as Siri, and usually not as witty either, but in almost every other useful way, Hound trumps Siri and Google Now. Read on to find out more about why, in my opinion, Hound is better at doing what Siri and Google Now have been trying to do for a long time now.

Hound is available on both iOS and Android, albeit only in the US. If you are not from US, and want to try Hound out, check our guides on installing geo-restricted apps & games like Pokemon Go in any country on iOS and Android. Since it’s available on both the platforms, users can easily switch platforms and get the Hound assistant on their devices.

Once you have installed Hound, you can launch it, and it asks you for a couple of permissions. Allow or deny according to your needs, but keep in mind, if you deny permissions like “Location”, Hound will not be able to check the weather for you, or perform other location dependent tasks.

I’m sure this varies from person to person, but, at least for me, Hound’s voice recognition seems to work way better than Siri or Google Now’s. If I was to rank them, I’d say Hound > Siri > Google Now. Although, Siri recognizes my speech faster than Google Now does, Hound beats them both.

Google Now is rather lacking when it comes to remembering context between multiple queries. Siri is a little better, at least at some commands. However, Hound is awesome at remembering context. In fact, when you first launch Hound, the tutorial shows off this capability of the assistant.

Here are a couple of screenshots showing Hound’s, Google Now’s and Siri’s responses to cross questions about the weather. 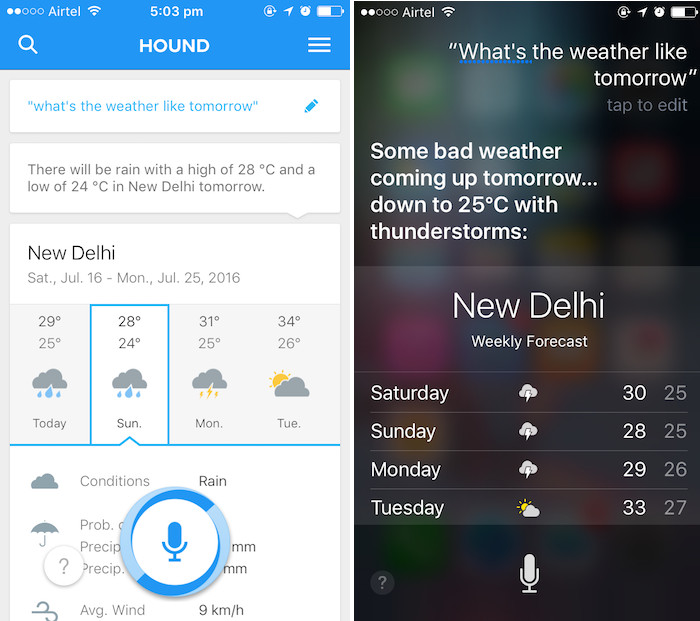 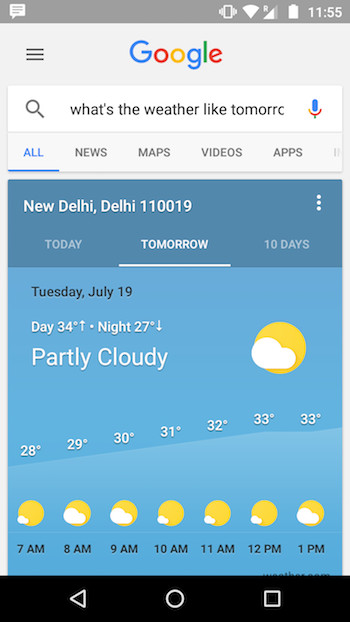 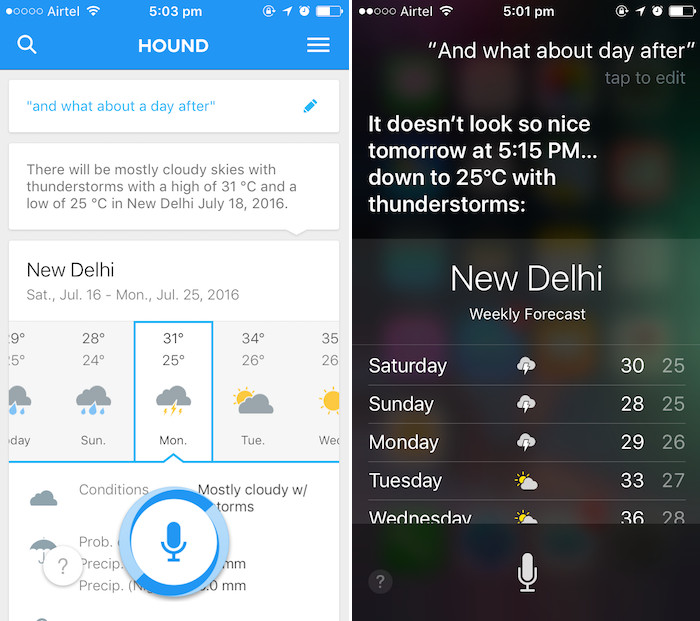 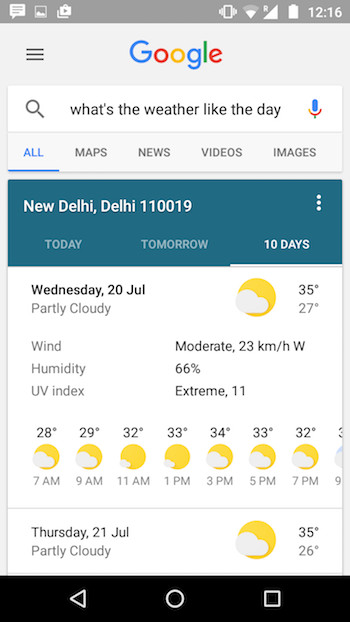 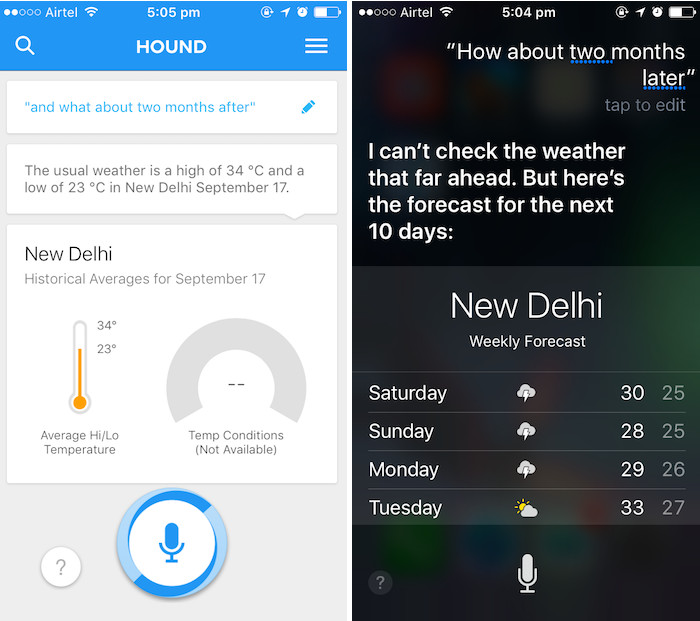 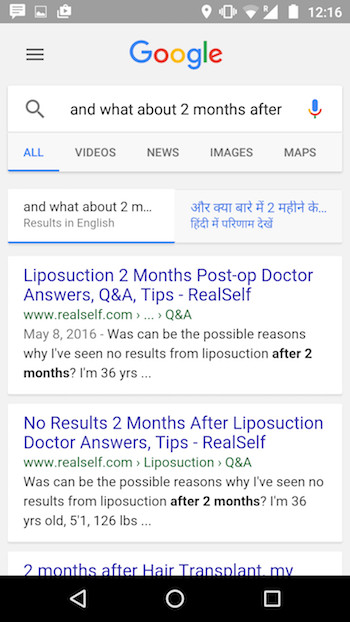 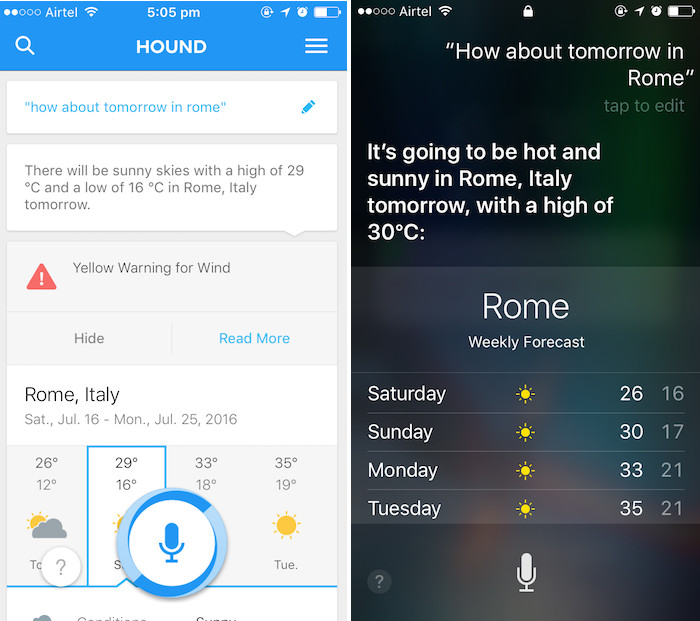 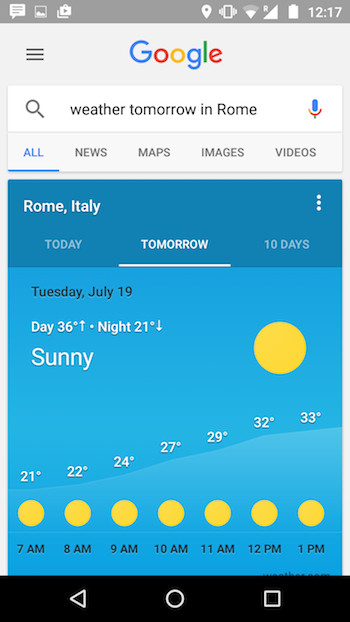 As you can see in the screenshots I’ve attached, Hound perfectly understands context… so does Siri, at least for weather. However, Siri’s responses are usually less than satisfactory. Google Now, on the other hand, completely lost context on the “two months later” query, but, to its credit, caught up with the context again on the fourth query.

Hound handles complex queries really well. I asked Hound, Siri, and Google Now a couple of complex questions on the lines of weather and hotel bookings, so let’s see just how advanced Hound is, as compared to Siri and Google Now. 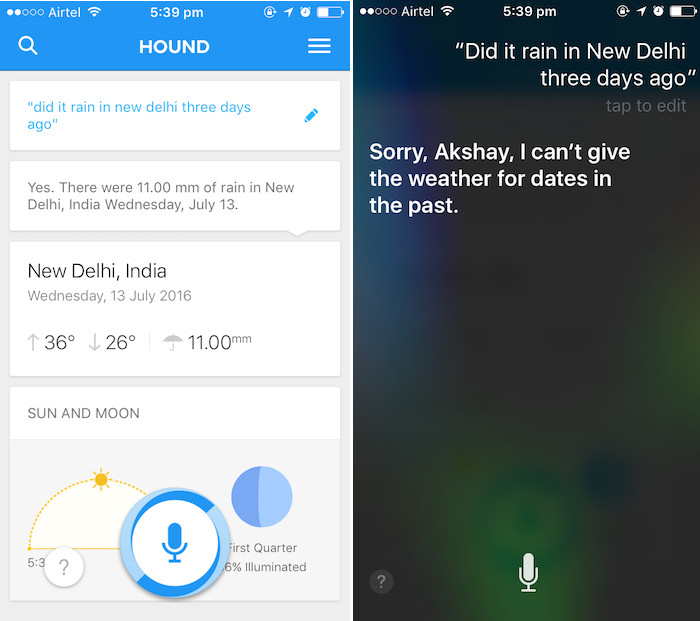 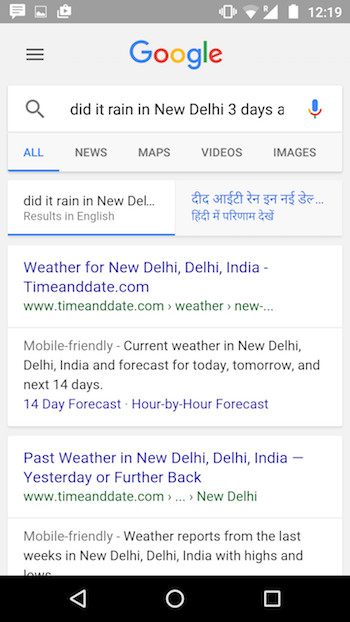 While Google Now does give results for past weather (Siri, learn something!), it’s not as well organised as Hound is. 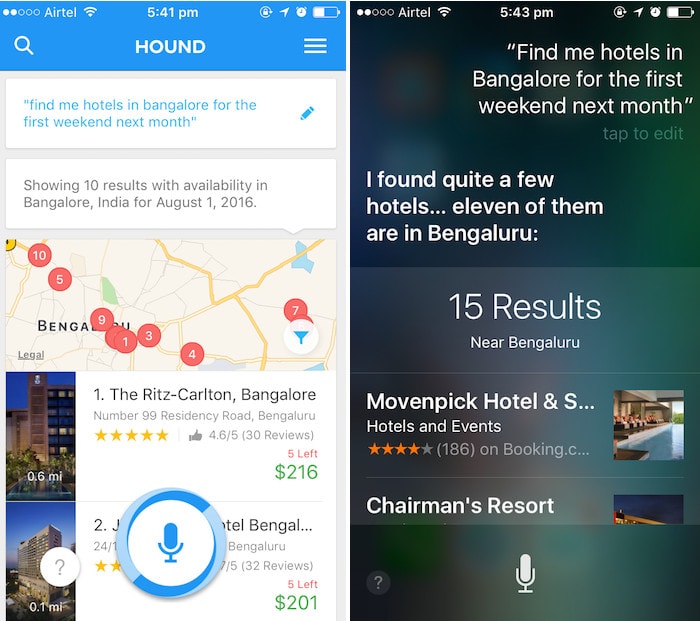 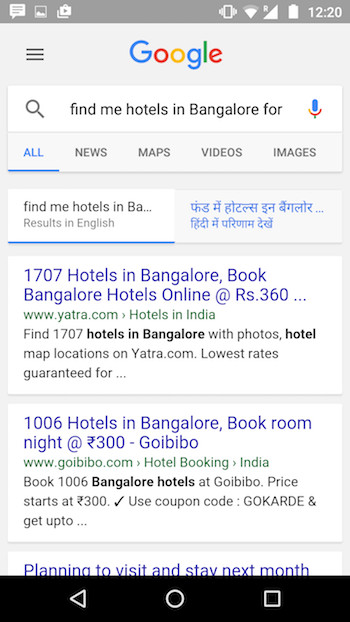 Note: Siri didn’t understand what I said, so I corrected it by manually typing in the query. 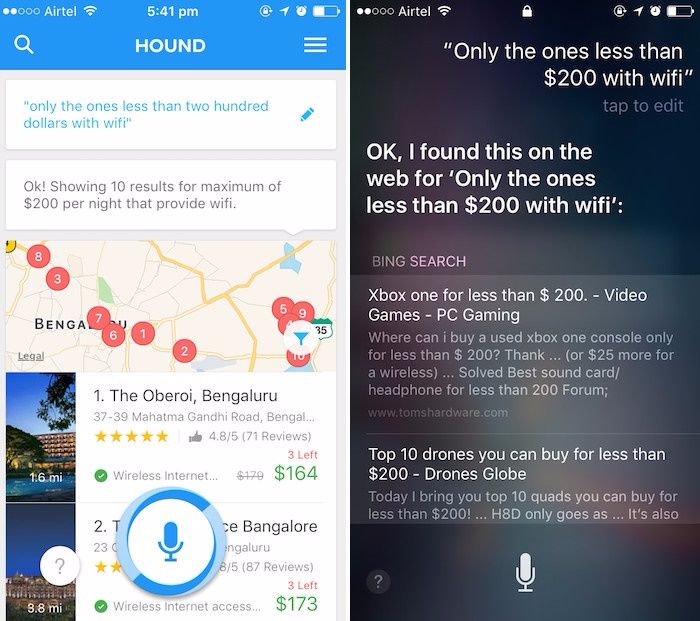 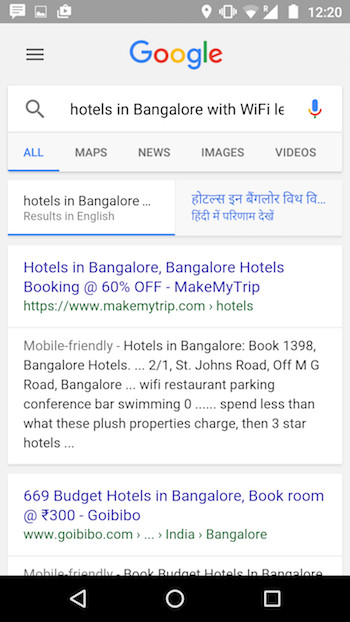 Note: Again, Siri didn’t understand me on the first try, and I had to manually type the query out. Hound, however, did; it also quickly modified the search to match the new parameters, whereas Google Now completely lost the context by the third query.

Possibly the only category where Siri beats Hound – “Quirks, Wit and Personality” – while not exactly essential in a virtual, AI assistant, these things do add an almost human touch to them, which, I believe, can be quite fun. I asked Siri, Google Now and Hound to do things like sing songs, and tell jokes, and… well, see for yourself. 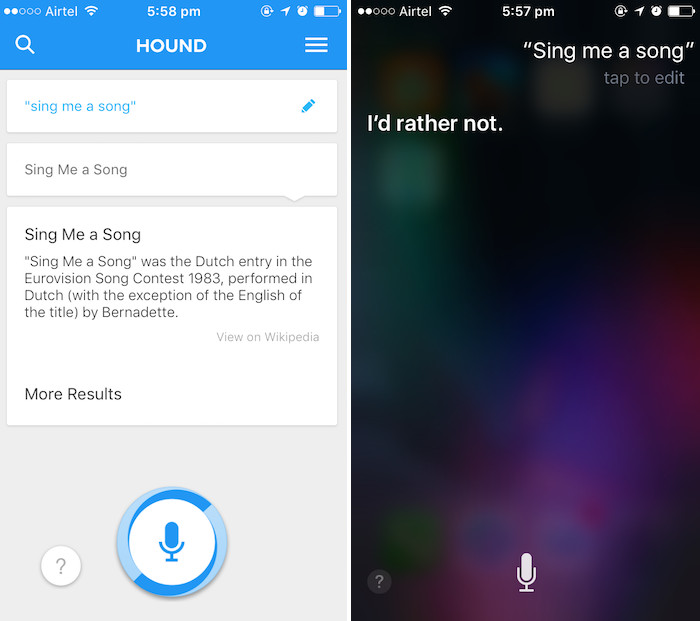 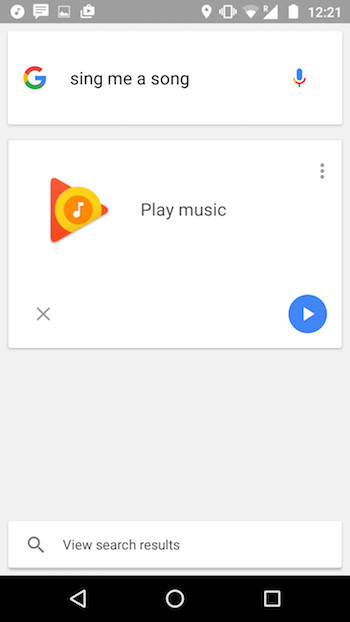 Note: While I’m happy that Google Now tries to be more functional with any command, it clearly lacks wit and that almost-human touch that Siri and Hound have. 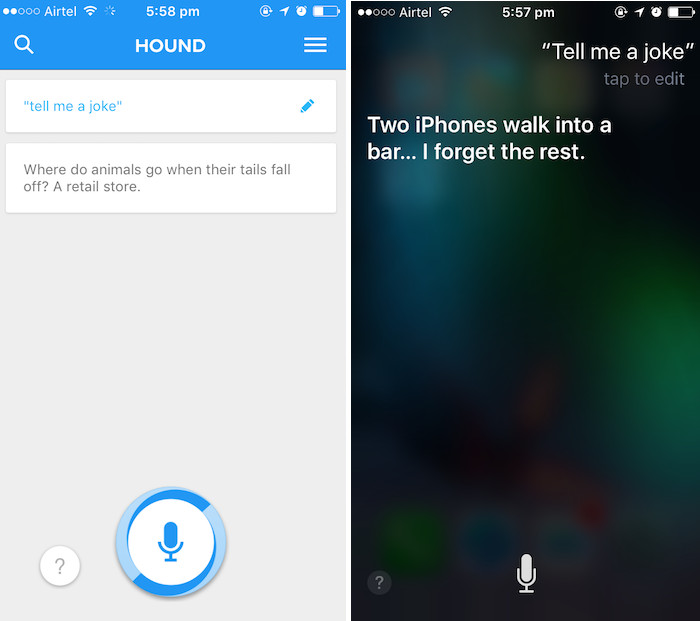 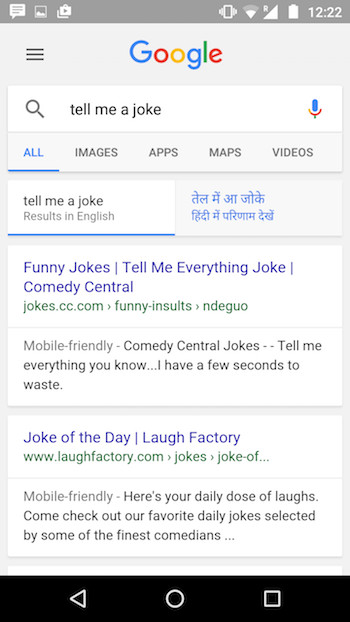 SEE ALSO: 8 Unique Ways to Use Google Now on Tap

Hound: Beating Google Now and Siri at their Own Game

I must admit, I was skeptic when I heard about Hound being better than Google Now and Siri. Needless to say, I was pleasantly surprised that Hound turned out to be that much better at almost everything I use a virtual assistant for, as compared to Google’s and Apple’s offerings.

One drawback of Hound, well, one of two, is that I can’t set it as the default assistant on my iPhone, but that’s because Apple won’t let me. Another drawback, and a rather irritating one at that, was that if I think about using Hound to change my music the way Siri does, it simply doesn’t work. The music app doesn’t pause playback, which results in Hound being unable to listen to anything I ask it to do; and that is a big issue for me. It might not be for you, though, and regardless, I’d recommend you give it a try.

As always, give us a shout out in the comments about your views on this article, Hound, Siri and Google Now. We’d also love to hear about how you use the powerful AI Assistants in your daily life, and how good they are at doing what you want them to do.

8 Unique Ways to Use Google Now on Tap

How to Add Custom Voice Commands to Google Now

50 Useful Google Now Commands That Will Make Your Life Easier