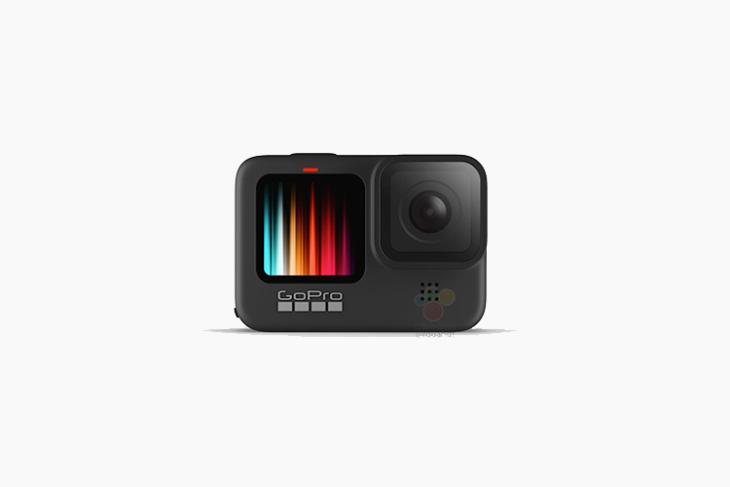 GoPro is a name almost synonymous with action cameras, and for good reason. The company’s products offer some of the best video quality, stability, and accessories out there. There’s always quite a bit of hype when GoPro announces a new camera, and this year the company is going to launch the GoPro Hero 9.

Well, according to a new leak, GoPro will also try and target vloggers this time around with the Hero 9. According to images obtained by WinFuture, the Hero 9 Black will come with a colour front display this year. GoPro cameras have had displays on the front for years, but this is different. The colour display will be able to show users the viewfinder, which is something that will prove really handy for vloggers.

Moreover, leaks suggest that the GoPro Hero 9 Black will support 5K video recording. That’s pretty neat, but there’s no information on the frame rate that such videos will be recorded in. Chances are the frame rates will be limited to 24 or 30FPS at best. Still, having the option to shoot 5K will definitely make the Hero 9 Black stand apart from the crowd.

As of right now, there’s no information about an expected price or even a release date for the GoPro Hero 9 Black. However, judging by the company’s usual timeline for GoPro launches, the Hero 9 Black may well launch early in the fall. That’s just a guess, however. Moreover, the pandemic has caused supply chain issues for nearly every company out there, so it wouldn’t be a surprise if GoPro launched the Hero 9 at a later than usual date.