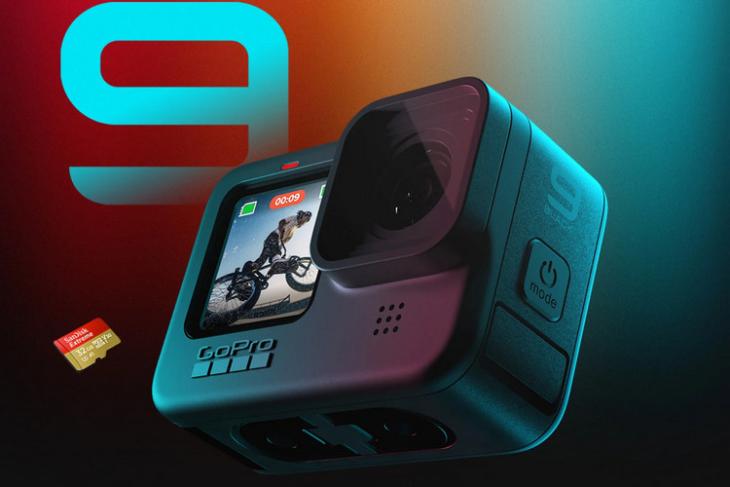 GoPro has launched its flagship action camera for 2020, the Hero 9 Black. The device comes with a 23.6MP sensor and brings 5K video recording. It also sports a bigger battery and offers enhanced stabilization when compared to its predecessors. Hero 9 Black also comes with a number of available mods, including an ultra-wide Max Lens Mod, Light Mod, Display Mod, and Media Mod.

The GoPro Hero 9 has a 23.6MP sensor capable of shooting 5K videos. In a move clearly aimed at vloggers, GoPro has also added a new front color display that delivers a live preview for easy framing.

As for the rear touchscreen display, it’s now a ‘new and improved’ version with touch zoom that provides fast and intuitive control. Like its predecessor, it also has a built-in flip-out mount on the bottom, letting users attach a wide array of accessories.

Other notable features include ‘Hindsight’, which captures a video from 30 seconds before one presses the shutter button to start recording. It is somewhat like the ‘Live Photo‘ feature in iPhones, but a much more powerful interpretation of it. The Hero 9 Black comes with 1080p live streaming as part of a ‘Webcam Mode’ and HyperSmooth image stabilization for videos as well. It is also waterproof up to 10 meters.

The GoPro Hero 9 Black is priced at Rs. 49,500 in India and will be available for purchase starting late October.