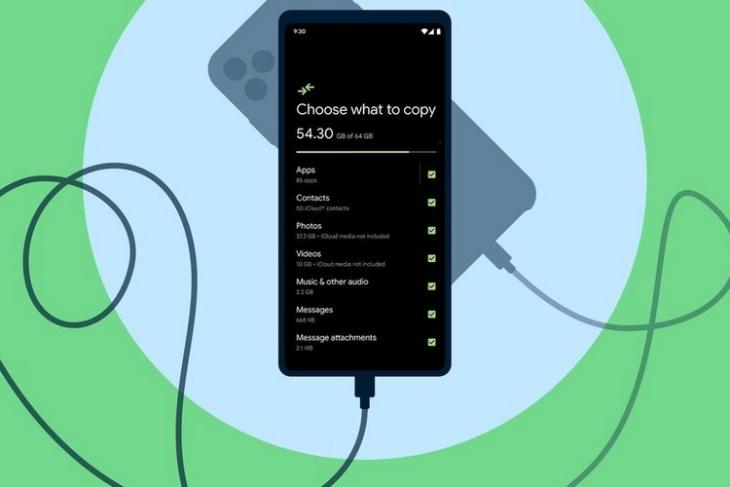 Earlier this year, following previous reports, Google launched its “Switch to Android” data-migration tool for iOS users without much hullaballoo. At the time, the app only supported data migration from iPhones to Pixel devices. Now, the Mountain View giant has today expanded the support for Switch to Android to all Android devices running Android 12. Check out the details right here!

“Switch to Android” on iOS Now Supports All Android 12 Devices

When Google released the “Switch to Android” app for iPhone users in April this year, the app only supported iPhone to Pixel data transfer, excluding support for other Android devices in the market. However, Google has taken to an official blog post to announce that Switch to Android on iOS is getting support for all Android 12 devices. Furthermore, the company listed 10 key reasons to switch to Android from iOS.

Now, as the Switch to Android app on iOS now supports all Android 12 devices means that iOS users will be able to download the said app on their devices and transfer their iOS data to their new Android 12 device seamlessly. That said, most mid-range and premium Android smartphones run Android 12 out of the box. Hence, this is surely a welcome change for those looking to ditch their iPhones for an Android device.

Once an user downloads the Switch to Android app on your iPhone, it will guide them to easily transfer their data like contacts, apps, calendars, and even photos. Moreover, the app guides users to turn off iMessage on iOS before switching to Android. You can check out Google’s official Switch to Android website to learn more about the working of the app.

Other than announcing the expanded support for Switch to Android, Liza Ma, the Group Product Manager for Android at Google listed 10 good reasons to adopt Android. Ma highlighted Android apps like Messages, Gboard, Hipcamp, and AllTrails that are available on its Play Store. She also mentioned features such as Nearby Share, Live Transcribe, TalkBack, Widgets, and a lot more.

Also, let us know your thoughts on Google expanding the support for the Switch to Android app on iOS in the comments below. Stay tuned for more updates on the same.