Skip to content
Home News Google Quietly Releases the ‘Switch to Android’ App for iOS; Get It Right Here! 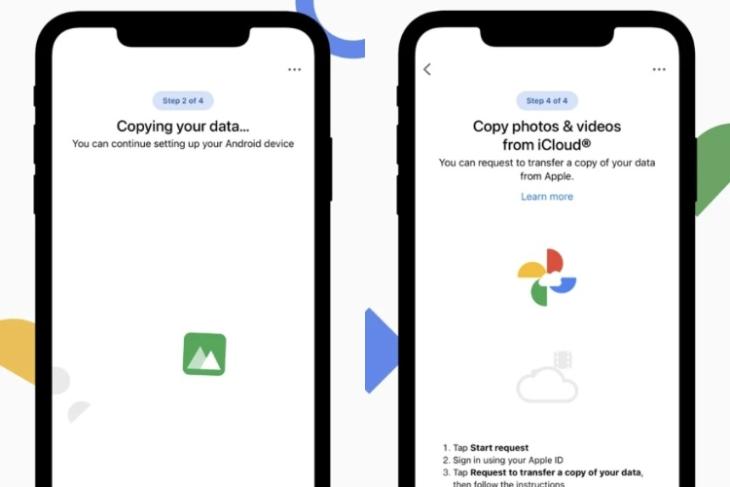 Google has been rumored to be working on a new migration app for iPhone users to transfer their data to Android since last year. Earlier this year, we saw a report hinting at the existence of the “Switch to Android” app for iPhones. And now, without much hype or hullaballoo, Google has finally released the Switch to Android app for iOS today. Check out the details right below.

The Switch to Android app is primarily a data-migration tool for iOS users to easily transfer their local iPhone data to a new Android device without using any physical cables. This is similar to the “Move to iPhone” app, which Apple launched years ago to make it easier to switch from Android to iOS.

The app, as you’d expect, will let you transfer your contacts, messages, calendar events, photos, and videos from your iOS device to your new Android device wirelessly. However, it is worth mentioning that you will need to grant the app an array of permissions to access your data before migrating them to a new Android phone.

“The Switch to Android app from Google helps you quickly and securely move your most important data types – photos, videos, contacts, and calendar events — to a brand new Android device without fussy cables. The app also walks you through other important steps to setting up your device, like turning off iMessage so you don’t miss text messages from friends and family,” Google writes in the app description.

The app will also notify users to deactivate iMessage so that it’s easier to get SMSs. Another noteworthy thing is that the Switch to Android app doesn’t allow users to transfer their iOS apps to the new Android device, unfortunately. This might be due to the permission limitation of the Switch to Android app to access iOS apps on a user’s device.

As for the availability, while iOS users can access the Switch to Android app via the corresponding link, it is not accessible via the App Store directly. Additionally, searching for it on Apple’s app store does not bring up the app, and Google has also not updated its official Switch to Android website to reflect the release of the app yet.

In a statement to TechCrunch, Google notes that the app isn’t available for download via the Apple App Store, so there are chances it is in its initial stages and might soon be fully available for all. We will keep you updated on more details. So stay tuned, and do let us know your thoughts on this new tool in the comments below.