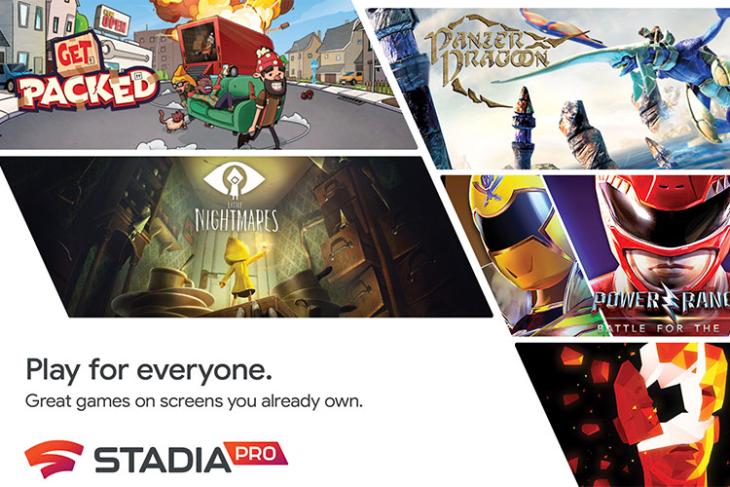 Google’s cloud gaming service, Stadia has been around for a few months now and the service’s Pro tier offers a couple of free games every month. Last month, Stadia added a total of four new games to the mix. This included the incredibly popular battle royale game, PUBG. Stadia also saw the addition of DOOM 64. Now, the company has announced that it will add 6 new games to Stadia Pro in June.

The 6 new games coming to Stadia Pro include Little Nightmares — a dark whimsical tale where you will help Six escape The Maw. The service is also adding Elder Scrolls Online. The game will launch on June 16, and will be available on Stadia immediately. The multiplayer RPG’s description reads as follows. “Descend into the Dark Heart of Skyrim with The Elder Scrolls Online: Greymoor. Explore the snow-capped peaks of Western Skyrim and the subterranean underworld of Blackreach, uncover an ancient supernatural conspiracy, and seek out Tamriel’s long-lost treasures and knowledge with the latest Chapter in the Elder Scrolls Online saga. Skyrim needs heroes!”

Also coming on June 1 itself is SUPERHOT. This is yet another game that became quite popular when it launched. In SUPERHOT you can freeze moments, decide how to take out your enemies and then carry out your kills with extreme precision and style.

The games will be added to the Stadia Pro carousel of offerings when they launch. You can also find them by searching for them in Stadia on the web, or its Android and iOS apps.