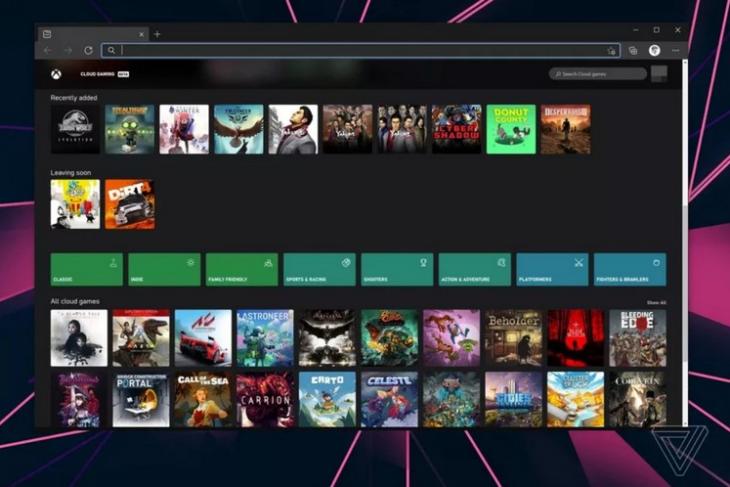 Microsoft, as one might know, announced its xCloud game streaming service back in 2018 and was available to a handful of testers. It officially launched in September last year and has only been available on mobile platforms. That is about to change really soon. Now, the Redmond giant has reportedly started testing its cloud gaming service on the web.

According to a recent report by The Verge, Microsoft has started testing the xCloud service on web browsers, and employees have started using it internally. This means the company is planning to release a public preview of the web version soon. This will allow Xbox players to access, or even play games via a web browser, and on iPhones and iPads – following in Stadia and GeForce Now’s footsteps.

As per the report, the service will work similarly as it works on Android devices and tablets. It features a launcher with game recommendations to start playing right away. The user can also resume their previous titles from where they left off right on their web browser. Moreover, they will get access to all the cloud games that are available through Xbox Game Pass Ultimate.

Once a user launches a game, it will run in full-screen on the browser, and to play the games, one will require to connect a compatible controller. The service, however, is currently limited to Chromium-based web browsers like Microsoft’s Edge, and of course, the Google Chrome.

Now, the report states that as Microsoft is still using the Xbox One S servers to power its xCloud service, thus, 4K streaming will not be supported on the web. However, if the software giant upgrades the server to the latest Xbox Series X components, things can change drastically.

Back in 2020, Microsoft confirmed to bring xCloud to PC and iOS in Spring 2021. And Verge’s report states the “big drive” of this web version is that xCloud will now support Apple hardware. And Apple, since the service launched, has prevented it to run on its devices.

However, with this web-focused soon-to-be-previewed xCloud service, Apple device owners will also be able to game on the move.