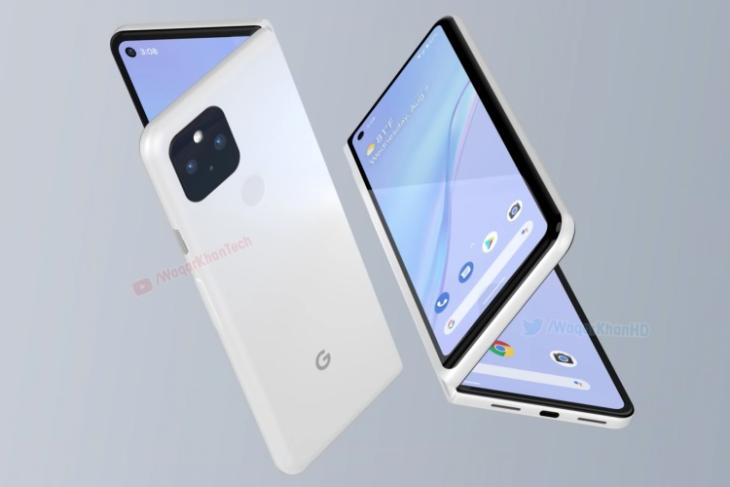 Foldable smartphones are still are a niche product but phone makers are experimenting with new designs and technologies to get a breakthrough. While Samsung is leading the charge with its Galaxy Z Fold and Flip series, Chinese giants Xiaomi and Oppo are not far behind. And now, if rumors are to be believed, Google is also working on a foldable Pixel device. A recent report further adds that the Mountain View giant is on track to launch its foldable Pixel later this year.

The latest report comes from The Elec and states that Samsung Display, the display-development wing of Samsung, has been ordered to provide ultra-thin glass (UTG) panel (found on the Galaxy Z Fold 2) for the protection of foldable OLED displays by several major companies. These include companies like Xiaomi, Oppo, and Google.

So, as per the report, Google is amongst a few companies that have ordered UTG panels and OLED foldable displays from Samsung. The software giant has reportedly ordered 7.6-inch in-folding panels to use for its upcoming foldable device, which we are calling Google Pixel Fold. However, the size of the cover (outer) display is unknown as of now.

It is worth mentioning that Google has not officially revealed anything about a foldable Pixel device. Back in 2019, the company stated that it is “not in a rush to get a folding product to market.” However, now that the foldable smartphone market is booming, it might be a good time for Google to release a foldable Pixel.

Furthermore, as the market for foldable devices continues to expand, more companies are jumping on the bandwagon. We have already seen Xiaomi unveil the Mi Mix Fold earlier in 2021. So, it is highly possible that Google is also aiming to introduce its first-ever foldable smartphone in the fourth quarter of 2021. Are you looking forward to it? Let us know your thoughts in the comments section below.