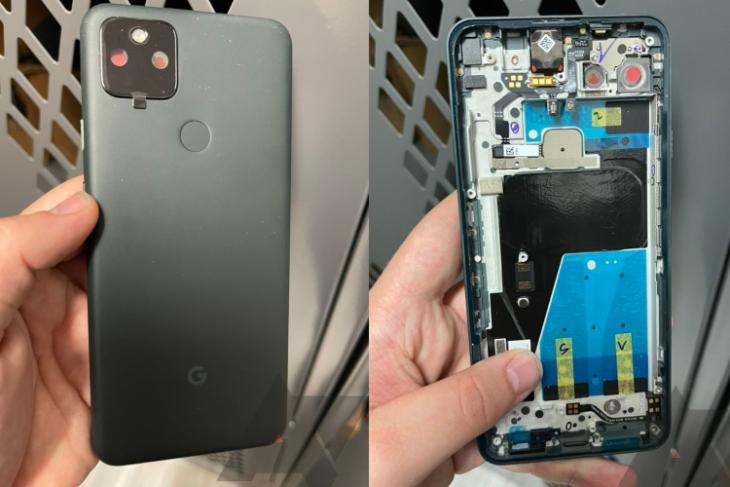 Ahead of the Pixel 6 series launch later this year, Google is going to launch its budget-centric Pixel 5a 5G smartphone. Now, previous rumors suggested that the Mountain View giant will launch the device on August 26. However, as per the latest Android Police report, Google will launch the Pixel 5a on August 17, which is tomorrow. Plus, the report shows off leaked images of the components of the Pixel 5a device.

The publication’s source shared real-world images of the Pixel 5a components. Google, earlier this year, confirmed to launch the device and we have already seen the renders of Pixel 5a back in February. Now, as per the report, various repair shops are preparing for the launch, slated for tomorrow. You can check out some of the leaked images below.

Now, as per previous reports, the Pixel 5a is to come with a 6.4-inch display with support for a 90Hz refresh rate. It will reportedly be a Full HD+ display with a maximum resolution of 2340 x 1080p. Moreover, earlier renders from OnLeaks suggest that it will come with a punch-hole cutout to house the 8MP selfie snapper with an 84-degree FOV.

Speaking of the cameras, the Pixel 5a is rumored to come with a dual-camera setup at the back. There will be a 12.2MP primary sensor and 16MP ultra-wide lens with a 116-degree FOV housed inside a square camera module. As per the recent images, the device will also have a rubberized back panel for improved grip.

Under the hood, the device will reportedly pack the Qualcomm Snapdragon 765G 5G SoC with an integrated Adreno 620 GPU. It will be coupled with 6GB of LPDDR4x RAM and 128GB of UFS 2.1 storage.

Now, coming to the battery, the leaked images give a glimpse of the battery capacity. So, as per the report, Pixel 5a will come with a 4,680mAh battery, which is the highest-capacity battery in a Pixel to date. It will come with support for 18W fast charging. 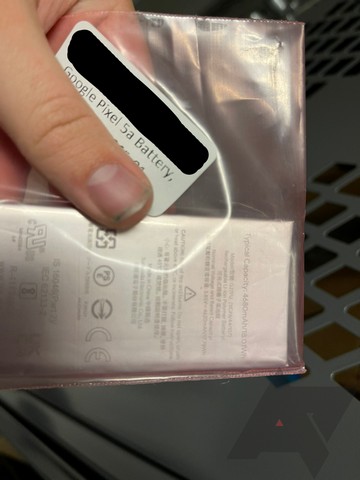 Other than these, the Pixel 5a is rumored to feature a rear-mounted fingerprint sensor, stereo speakers, a USB-C port for charging and data transfer, and a 3.5mm headphone jack onboard. As for connectivity, you will have 5G, Wi-Fi, and Bluetooth 5.1 support.

Coming to the price, previous reports suggested that the Pixel 5a will be priced at $450 (~Rs. 33,375). However, it will reportedly launch in the USA and Japan initially and will be exclusive to the said regions. There is currently no word on whether the device will launch in India or not.