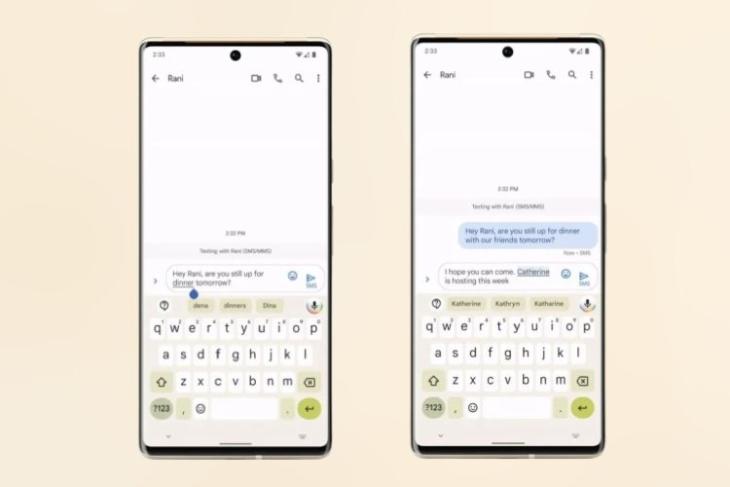 Putting an end to a myriad of leaks and rumors, Google has finally launched the Pixel 6 series with its first in-house Tensor chip. Although the Mountain View giant added various new features to its latest flagship phones, one significant feature addition comes in the form of an advanced voice typing function called “Assistant voice typing” in the Gboard app.

The Assistant voice typing functionality is an advanced voice-typing feature that lets Pixel 6/ 6 Pro users type, edit, and send messages via their voice and in a hands-free manner. Users can type out an entire message using the feature and then send it to a recipient, all using just their voice. Furthermore, they can also edit the text, move the cursor around the text field, and even add emojis with voice commands.

The Assistant voice typing feature can be activated using the “Hey Google, type” voice command or the new highlighted microphone icon that shows up during text conversations in Gboard. After entering text with their voice, users can say “Send” to send the typed message without touching the screen. You can check out the GIF below to get an idea of how the feature works in Gboard.

Other than this, the Assistant voice typing in Gboard also supports various voice commands to edit the text, move the cursor inside a text field, and add emojis to the messages hands-free. For instance, you can say “Clear” to remove the previous sentence or say “Delete” to erase the last word. Moreover, if the assistant types a word wrong, you can spell that word letter-by-letter to add it to your messages.

When typing out emails, the Assistant voice typing feature lets you add a recipient or a subject to your email using your voice. You can also say “Add [contact name] to Cc” to add a specific contact as the Cc to your mail. Furthermore, the nifty voice-typing feature in Gboard lets you insert emojis into your messages. You can simply say “Add [emoji name]” to insert emojis like the heart-eyes emoji, fire emoji, or the LOL emoji into your messages.

So, if you are planning to get a Pixel 6 or 6 Pro, here is another reason to be excited about your new Google-made smartphone. Apart from this, the company added various other features like the Magic Eraser, an in-display fingerprint scanner, and an array of new wallpapers to their latest devices.