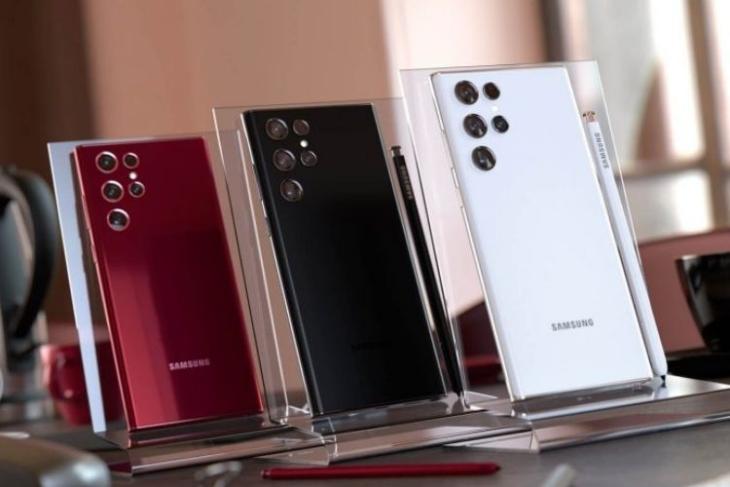 As we near the launch of Samsung’s upcoming flagship Galaxy S22 series, more rumors have started to surface on the internet. We have already seen various leaks, reports, and rumors about the Galaxy S22 models show up online. Now, a new listing with the alleged model number of the Galaxy S22 Ultra has been spotted on Samsung’s Chinese website.

The listing on Samsung’s support website in China, initially spotted by the reputable tipster Snoopy, mentions the model number SM-S908U. As per previous reports, the upcoming Galaxy S22 Ultra will come with the same model number as the one spotted on Samsung’s website. Although the listing did not reveal any additional details about the device, the tipster claims that the Korean giant is producing and shipping thousands of parts to manufacture the Galaxy S22 models. You can check out the tweet by the tipster right below.

Now, coming to the specs and features, not much is known about them as of now. However, various leaks and rumors have suggested details about the device’s cameras, displays, and other components previously. We have also seen reputable tipster Steve H. McFly (aka OnLeaks) reveal some high-quality renders of the Galaxy S22 Ultra with the S Pen slot earlier this year.

Other than these, recent reports suggest that Samsung will offer multi-band LTE, 5G NR, and Wi-Fi 6 technologies with its upcoming flagship devices. Furthermore, the company is expected to release the devices either with the new Snapdragon 8 Gen 1 SoC or an Exynos chipset, depending on the region.