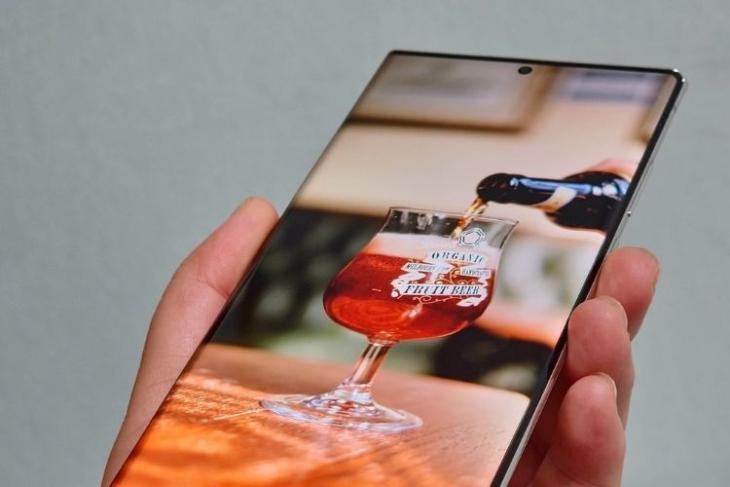 Samsung is expected to introduce the much-anticipated Galaxy S22 series in early 2022. We have seen multiple rumors and leaks regarding the upcoming flagship series and we now have a fresh report that could prove good news for users in India. The latest information suggests that the 2022 Galaxy S22 phones will be powered by the latest Qualcomm Snapdragon 8 Gen 1 chipset in the country instead of the Exynos SoC.

Samsung Galaxy S22 to Get Snapdragon 8 Gen 1 in India

The information comes from popular leakster Tron on Twitter. If this happens, it would be a totally different move on part of Samsung. For those who don’t know, the company introduces the Galaxy S-series phones (even the possibly dead Galaxy Note series) with two processor variants: a Qualcomm Snapdragon variant and an Exynos one. Both variants are selectively available in various markets.

With this move, the Samsung Galaxy S22 phones will compete with the first Snapdragon 8 Gen 1 phones, including the Motorola Edge X30, the Xiaomi 12, the OnePlus 10 series, and more.

However, there’s no word on what will happen to the rumored Exynos 2200 SoC as it is still expected to be in the works and might launch at a Galaxy Unpacked event in early 2022. There are chances that it could be used for the Plus and standard models in India.

Another leak suggests that the Galaxy S22 Ultra (which will be a part of the series) will launch on February 8. The latest launch date rumor corroborates previous leaks about the release timeline. While there’s no mention of the Galaxy S22 and Galaxy S22+, we can expect three phones to launch at the same time.

The Galaxy S22 lineup is expected to consist of three models, much like the Galaxy S21 series, and come with much-improved cameras, S Pen support (for the Ultra model), a 120Hz display, a bigger battery with up to 25W fast charging, Android 12 with Samsung One UI on top, and more. There are chances that the Plus and Ultra models might feature a 200MP main camera, as rumored previously. The Galaxy S22 Ultra is likely to come with a Galaxy Note-like design with individually-placed rear camera housings and a punch-hole screen. The other two models could feature a design similar to the Galaxy S21 phones.

Since these are just rumors, it remains to be what Samsung plans to do for its 2022 flagship phones.