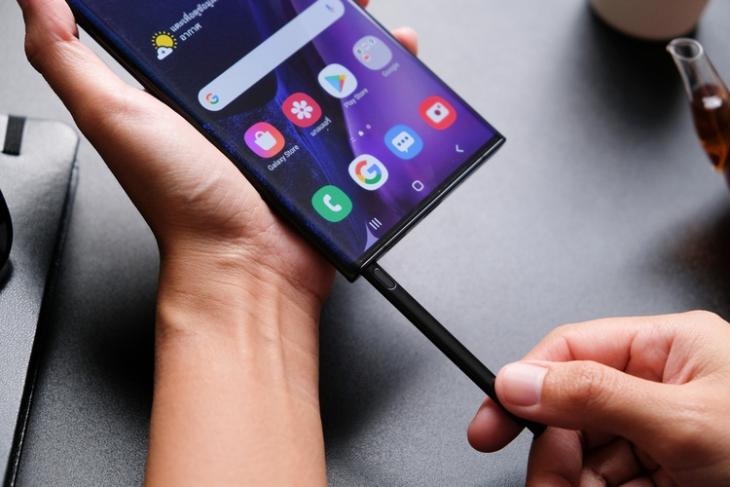 As you might probably be aware, it does look like Samsung has planned to discontinue the Galaxy Note lineup. However, if a new tweet from fairly reliable tipster Ice Universe is anything to go by, the Galaxy S22 series will inherit the best features of the Note lineup. While the Galaxy S21 Ultra can be seen as a test subject, you could call the upcoming Galaxy S22 Ultra a spiritual successor of Samsung’s Note series.

Moreover, Ice Universe suggests that the form-factor of the S22 Ultra will be somewhere between what you usually get in the S series and the Note series. In other words, it won’t be as rounded as the S21 Ultra, but it won’t be as boxy as the Note 20 Ultra either. Another tidbit about the S22 Ultra is the presence of a 19.3:9 aspect ratio.

Even after adding the S Pen, Ice Universe says that the S22 Ultra will feature a 5,000mAh battery just like its predecessor. To recall, the Galaxy Note 20 Ultra equipped a relatively smaller 4,500mAh battery.

Adding support for a built-in S Pen in the Galaxy S series seems like a bold move for Samsung since customers who typically purchase the S series phones are not buying it for the stylus. A special edition of the S22 Ultra with S Pen is a possibility, but there are no concrete details on Samsung’s 2022 smartphone launch strategy just yet. We will be covering more S22 leaks as it happens in the coming months, so stay tuned for more updates.