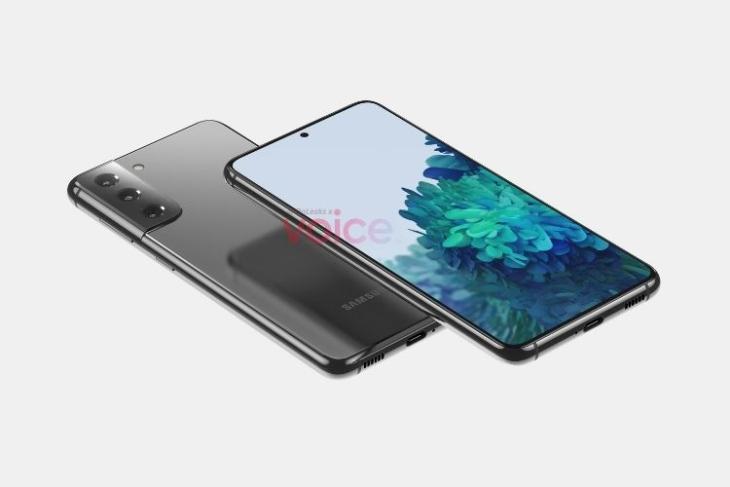 Earlier this month, Apple stopped bundling EarPods and power adapter with the iPhone 12 series and its existing range of devices. While we’ve been hearing rumors that Samsung will not include chargers with the Galaxy S21 series even before the iPhone 12 launched, a new report from South Korean media claims that the Galaxy S21 will not come with earphones either.

The report comes from ChosunBiz citing industry sources familiar with the matter. Much like Apple’s new retail box, this strategic move will result in a compact packaging for Samsung flagships.

For the uninitiated, Samsung has been offering USB-C AKG earphones and a 25W charging brick with its flagship phones. While most Android smartphone brands stopped including earphones in the box, Samsung used to be one of the few OEMs that continued the tradition of bundling earphones.

If this rumor reflects in reality, Samsung’s social media team is going to have an awkward time for sure. Soon after Apple announced its plans to get rid of the power adapter, Samsung’s official Caribbean Facebook page shared a post that boasted the presence of the charger. I’ll add a screenshot to that post below just in case they delete it in the future. 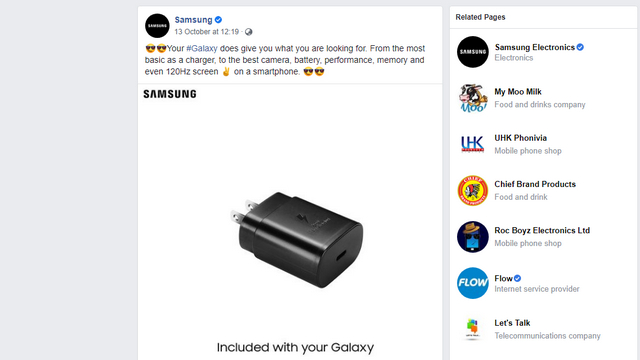 When we think about it, Samsung is relatively better equipped to stop including chargers and earphones. Unlike Apple that indirectly forces you to buy a new charging brick by bundling a USB-C to Lightning cable, Samsung has been using USB-C power adapters in its recent flagships.

We won’t have to wait too long to know if Samsung actually removes the power adapter and charger. According to recent reports, Samsung may launch the Galaxy S21 series by the end of the year or early next year. Whenever that happens, the device will ship with One UI 3.1 based on Android 11.