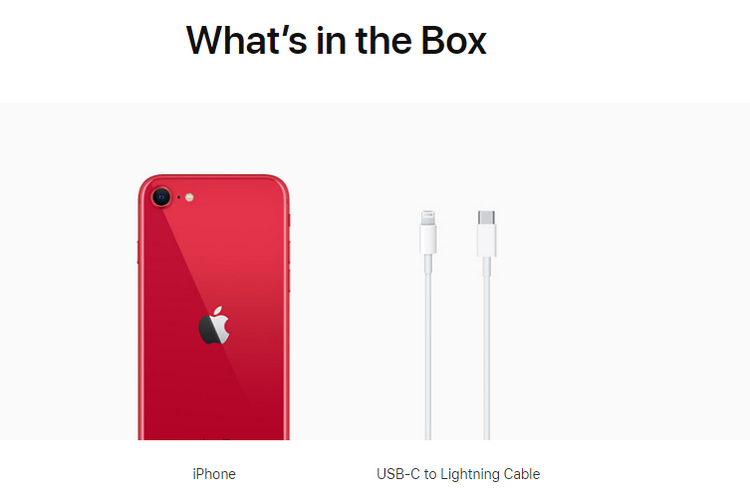 As rumored, Apple announced its plan to stop shipping EarPods and a power adapter in the box, starting with the iPhone 12 lineup at the launch event last night. However, the same rule will apply to its existing range of devices as well.

Soon after the event, Apple updated its online store pages to indicate that all current iPhones models, including the iPhone 11, iPhone XR, and iPhone SE, will no longer ship with EarPods or a power adapter in the box.

“As part of our efforts to reach our environmental goals, iPhone 11 no longer includes a power adapter or EarPods. Please use your existing Apple power adapter and headphones or buy these accessories separately,” reads the product page.

Now that sounds like you can use the power adapter that came with your old iPhone, right? Wrong! Apple is shipping a USB-C to Lightning cable in the box, while older iPhones came with a USB-A port power adapter. Hence, you can’t use your old USB-A power adapters with the cable that ships in the box of new iPhones.

At the event, Apple’s VP for Environment, Policy, and Social Initiatives, Lisa Jackson, had mentioned that “there are over two billion Apple power adapters out in the world” but what the company didn’t explicitly mention was those two billion power adapters were the ones with USB-A port and not the USB-C ones.

Long story short, you would either need to purchase the 20W USB-C power brick that costs Rs. 1,900 or the Lightning to USB-A cable that starts at Rs. 1,800 and goes up to Rs. 3,500 to use with your old USB-A power brick. You don’t have to worry if you’re a MacBook user since modern MacBooks ship with a USB-C power adapter.

While I appreciate that Apple is pushing the USB-C standard (at least on one end of the cable), there should have been an option to let users pick either the USB-C to Lightning cable or USB-A to Lightning cable in the box, at least in my opinion. Let us know your thoughts on this power adapter situation in the comments.