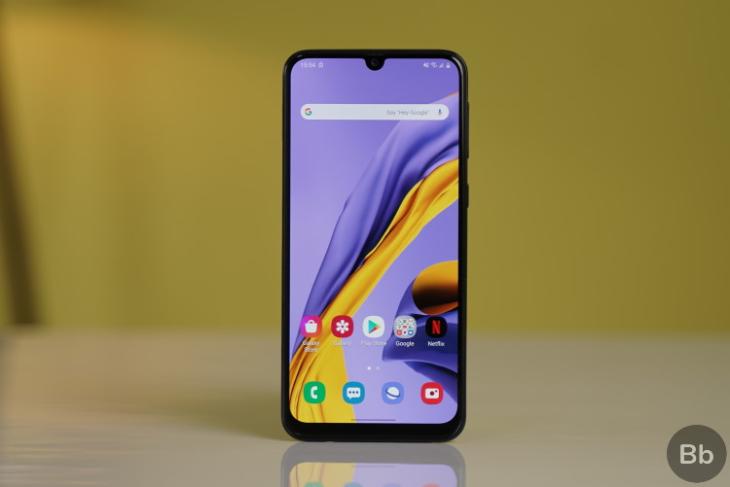 Samsung is quick to refresh its affordable Galaxy M-series with the latest features – be it a punch-hole display or multi-camera setups. The Korean giant launched the Galaxy M31 in February earlier this year. But, its successor Galaxy M31s is said to be ready for launch.

Galaxy M31s will launch in India in July itself with sales kicking off in August, as per an IANS report. Sources aware of the development further say that the device will be exclusive to Amazon. It will be priced around Rs. 20,000 to compete against the likes of Realme X2 and Poco X2.

Now, this device is launching just five months after its predecessor, so it’s natural for you to ask – what’s changed? What’s new here? Galaxy M31s made an appearance on several certification websites over the past month or so, giving us a brief look at some of the key specs.

Galaxy M31s carries the model number SM-M317F and was spotted on Geekbench, TUV Rheinland, and Safety Korea. It will probably look quite like its predecessor, with minimal changes across the board. The Geekbench listing revealed that the device will have the Exynos 9611 under the hood. It’s the same as the Galaxy M31. The chipset will be coupled with 6GB RAM and up to 128GB storage.

Galaxy M31s will feature an AMOLED display – probably with the punch-hole camera design, 64MP quad-cameras, and a massive 6,000mAh battery. So, is it any different than the 5-month-old Galaxy M31? We will have to wait for an official announcement and unveiling to learn more about this new Samsung mid-ranger.

It was previously reported that the Galaxy M31s India launch has been delayed and is not happening anytime soon. However, it seems like Samsung made a change in plans and is ready to satiate those looking to #BoycottChina phones.