Skip to content
Home Gaming Fortnite on Android Is a Terrible Mess, and It Doesn’t Seem to Be Getting Better

Two months ago, with the launch of the Galaxy Note 9, Fortnite finally made its landing into the vast world of Android devices after remaining an iOS exclusive on smartphones for what seemed like forever (even though it only went live on iOS in March this year). At launch, the game was an exclusive to the Note 9, and other Galaxy devices from Samsung, while us mere mortals with the OnePluses and the Pixels had to wait for invites to start rolling out.

I’ve been playing Fortnite on Android ever since it first launched on the Note 9, and in my first impressions of the game, I mentioned “The graphics are noticeably worse here, but that’s probably because its a beta and I’m sure things will get better as the game rolls out to more devices.” It’s been two months. The game is now invite-free and anyone with a compatible Android smartphone can install and play it. But it’s still a mess.

Fortnite on Android: It’s Been Some Time, Epic

Some of you are probably wondering why I’m ranting about this now. After all, it’s been two months since the game arrived. But that’s exactly why I’m ranting now. Just hear me out.

To say that it’s been quite some time since Fortnite first arrived on the Android scene is an understatement. It’s been over two months, we’ve crossed from Season 5 to Season 6 in that time, we’ve seen the game complete Summer Skirmishes and begin Fall Skirmishes this season. We’ve seen weapons vaulted, we’ve seen new weapons added, and we’ve seen not one, but TWO vehicles make their way into the game in that time. Yet, for some reason, Fortnite on Android remains the same goofy-graphic-low-textured-laggy-frame-dropping-stuttering-mess. 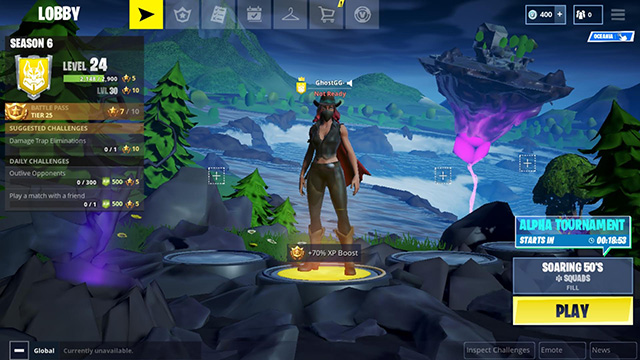 Yet, for some reason, Fortnite on Android remains the same goofy-graphic-low-textured-laggy-frame-dropping-stuttering-mess

Don’t get me wrong, optimising a game for Android is definitely no easy task what with the sheer number of devices out there, each with its own notch, screen size, pixel density, processor and RAM configuration and what not. Epic had all the right to take its sweet time improving Fortnite for Android, which is exactly why I said in my first impressions that “The graphics certainly make it feel like Epic rushed to release this game in time for the Note 9 launch, but thankfully that’s something I’m sure will be improved as the game comes out of beta. It’s only a matter of time.”

I’m not asking for a perfect looking Fortnite port right now. All I’m asking for, and honestly all I expected, is some visible improvement to the game’s performance on Android. That hasn’t happened; if anything, it sometimes gets worse with a new patch.

My Experience with Fortnite on Android, iOS, PC, and PS4

I’ve been playing Fortnite since the vestigial ends of Season 4 when I was out of touch with the progression of the Battle Pass, and how the various shotguns differed from each other. I started playing on my PlayStation 4 at home, moving on to play on the Mi Gaming Laptop during free time at work, and then, once it arrived on Android, on my OnePlus 5. I have also played Fortnite on an iPhone SE, an iPhone 8 Plus, the iPhone X, and the iPhone XS (unfortunately my old iPhone 5s doesn’t have the required 2GB of RAM for it), and what I noticed has led me to be really pissed off at Epic for pushing out what can only be called an under-cooked port of Fortnite to Android devices. 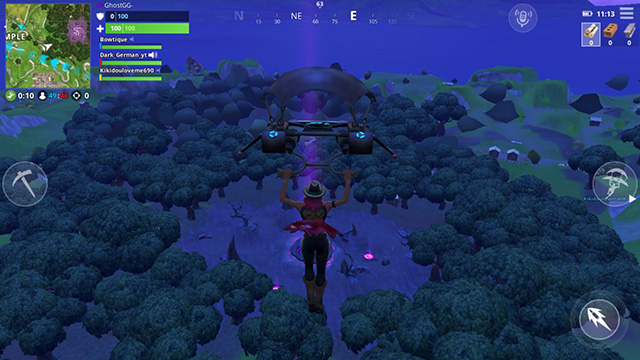 Fortnite on PS4 is great, it’s fun to play, and even though I hate playing with a controller because I simply can’t aim or build that way, I can connect a keyboard and a mouse to my PS4, get matched with PC players and play that way, it’s fun. The graphics on PS4 are at par with what they are on PC (or at least they’re very close), and the gameplay is smooth. On PC, the game is pretty much the same — that’s to be expected, and I’m perfectly happy playing Fortnite on a PC or on my PS4.

The thing is, Fortnite is almost as good on iOS as well. The graphics are really good, the gameplay is really smooth, and for heaven’s sake, the iPhone SE handles the game perfectly. So I don’t think it’s unreasonable for us to expect a similar quality from the Android version of the game, especially on flagship smartphones with upwards of 6GB RAM and Snapdragon 845 processors. So imagine my surprise when 2 months down the line, Fortnite plays like a mess on the Galaxy Note 9, the Pixel 3 XL, the OnePlus 6 (8GB variant), the Galaxy S9 Plus, and every other Android flagship on the face of the earth, including gaming phones like the BlackShark. 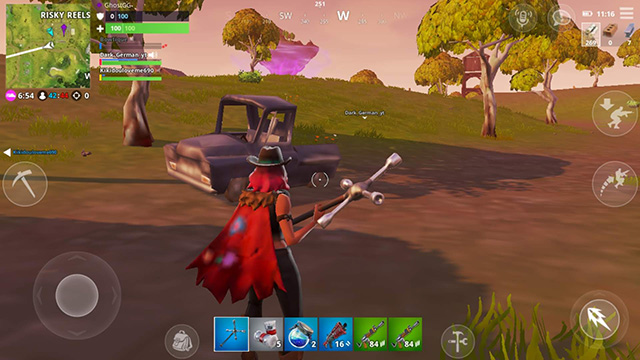 Fortnite on Android: What Can We Expect In the Future?

Personally, I think 2 months is quite a lot of time for a game to have improved drastically over its state at release, and so far Fortnite has failed to do that on Android. However, all hope is not lost, or at least that’s what I keep telling myself. Epic is no doubt aware of the various issues that Fortnite players face playing on Android devices, and while the developers may not have been able to fix it so far, I’m sure they’re trying to work things out.

We can cut them some slack for sure, seeing as the Android ecosystem of devices is a gigantic mess of Android versions, screen sizes, processor and RAM configurations and what not, and Epic needs to ensure that Fortnite runs smoothly on as many of these devices as it can. Maybe graphical improvements have taken a back seat at the Fortnite offices, while they try and ensure a smooth gameplay at least on the more capable Android devices out there. Let’s hope for the best.