Skip to content
Home How To Google App Crashing on Your Android Phone? How to Fix!

The Google app crashing issue started after a recent update, but it is not limited to one version. The app version can vary across different devices. Users have experienced the crash on Google app version 12.23.16.23, 12.22.8.23, and 12.24.7.29 (beta) on devices from several different OEMs, including the company’s own Pixel lineup, Samsung, Xiaomi, Motorola, and others.

1. Open the app drawer on your Android phone and locate the Google app. Long press it and tap on the ‘i’ button (App Info) to access the Settings page of the Google app. You can also access this page the old-fashioned way and navigate to Settings -> Apps & notifications -> See all apps -> Google. 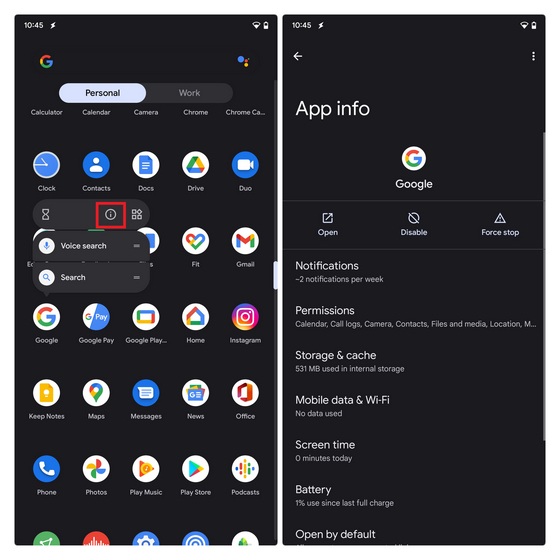 2. Once you are on the settings page of the Google app, tap on “Storage & cache”. When the Storage and cache management screen appears, tap on “Manage space”. You might see a “Clear storage” button instead of “Manage space” here on some devices. That’s not something you should worry about. Tap on Manage space or Clear storage to proceed further. 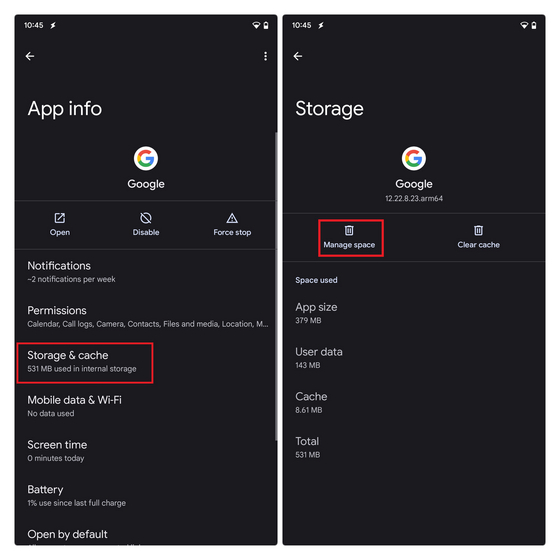 3. Then, tap on “Clear All Data” and press “OK” in the warning prompt to confirm your action. It should fix the Google app crashing issue on your Android phone, and you can continue using the app as usual. 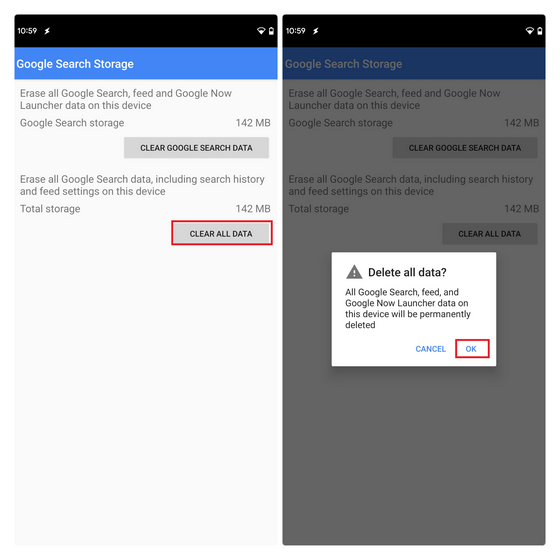 Another way to fix the annoying Google app bug is to uninstall the latest update that has caused the issue. Here’s how to do it:

1. Locate the Google app in your phone’s app drawer. Long press it and tap on the ‘i’ button (App Info) to access the Settings page of the Google app.

2. Tap on the vertical three dots menu at the top-right corner of the Google app settings page and press “Uninstall updates”, and hit “OK” to confirm. The app should now stop crashing. If that doesn’t work, you can follow the method above to clear the Google app’s data. 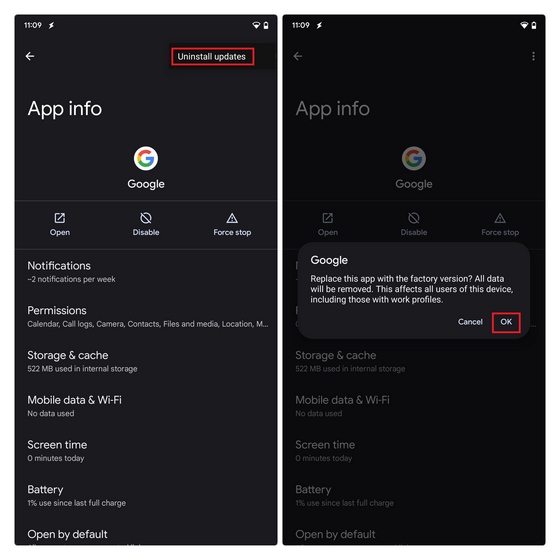 We suggest you avoid updating the Google app to the latest version until the company patches the issue. The Mountain View giant has already acknowledged the crashing issue with the Google app on Android via an official tweet.

You can also try performing a soft reboot to stop the crashes. So, how do you do that? Press and hold the power button for 30 seconds and wait till the phone reboots. When you open the Google app after the reboot, it should no longer be force quitting. This is yet another (kind of) official fix for the app crashing issue from Google.

While this mostly works on Pixel and Android One phones, your mileage may vary based on the device you are using. If a soft reboot doesn’t work, follow the two methods above to fix the issue.

So, that’s how you can stop Google app crashes on your Android phone. Considering how this update affects many Android users across the world, we could expect the company to release a new update soon to fix this issue. In fact, the latest Google app 12.24 beta available on the Play Store has fixes for the bug, and it should roll out to the stable channel soon. Now that you have fixed the app crashes, check out a few Google Assistant games to help lighten the mood.