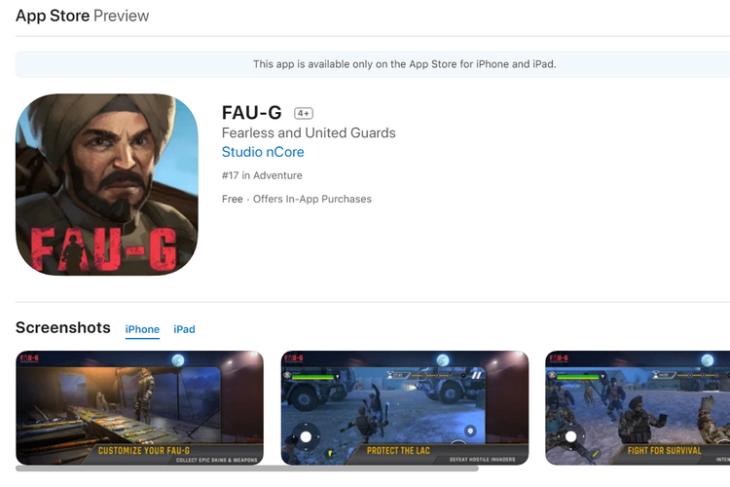 Remember the much-hyped Indian mobile game, FAU-G? Yeah, that’s still a thing in 2021. After releasing the game in January on Android, nCore Games has now finally brought FAU-G to iPhone and iPad. Interested players can download the game from Apple’s App Store.

FAU-G developer nCore Games announced the arrival of the game on iOS via its official Twitter handle. Take a look at the announcement tweet below:

FAU-G is now available on iOS! Experience the tales of Galwan valley like never before on your iPhone. Download now from Apple app store.

If you want to try FAU-G right now, you can download the game right here from App Store. We downloaded the game on an iPhone X and the graphics settings were set to medium on startup. Here are a few screenshots (Spoiler Alert: It is the same as the initial Android version with campaign mode).

When the game finally launched, it saw over 5 million downloads in a day. However, the rating of the game dropped to 3.5 stars on Google Play Store, presumably for overhyping and underdelivering. As of this writing, the ratings of FAU-G have further dropped to 3.2 stars. The game still doesn’t have the promised Free for All mode and Team Deathmatch mode, but they are said to be coming soon. We will have to wait to see if the upcoming multiplayer modes manage to change the fate of the game.