Skip to content
Home News FAU-G Amassed over 5 Million Downloads After 24 Hours with Only a 3.5-Star Rating 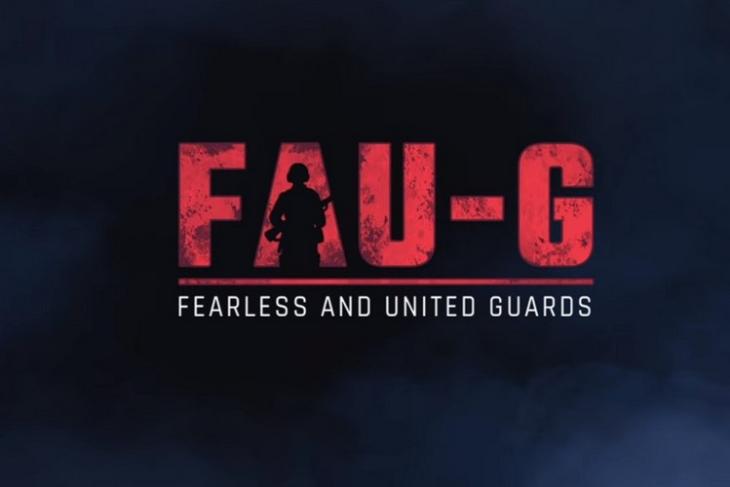 After a ton of anticipation, on the occasion of the 72nd Republic Day, nCore Games finally released the homegrown game, The Fearless and United Guards, aka FAU-G, in India. The game garnered over 4 million pre-registrations before its release. Now, just after a day-and-a-half of its official release on Android, the mobile title garnered over 5 million downloads on the Play Store.

Following the ban of PUBG Mobile in India, mobile gamers have been patiently waiting for a new battle-based title to release in the market. This is one of the primary reasons for the massive popularity that FAU-G amassed even before its release.

Now, if you are unaware of the game plot, FAU-G is a third-party brawler that is based in the Galwan Valley situated near the Indo-China border of India. The game depicts the real story of the battle that broke out between the Indian and Chinese troops in the area last year in which nearly 76 soldiers were injured and 20 soldiers martyred.

In the game, you play as a FAU-G who is looking for his companions that have been captured by the enemy troops. You run around the Himalayan valley, going from one enemy camp to another, fighting enemies with fists and melee weapons. There are no guns in the game, as of now.

Now, despite the high amount of downloads, the rating of the game has been pretty low since its release. Currently, with over 5 million downloads, FAU-G only has a rating of 3.5 stars on the Play Store. 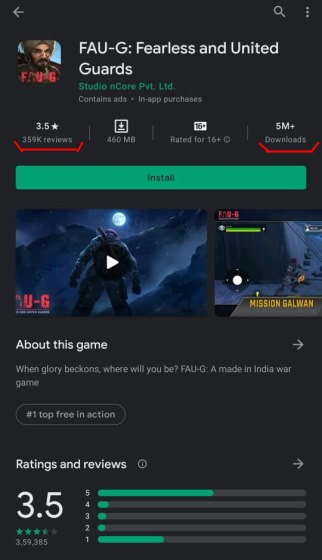 The rating is low primarily because people had very high expectations from the game. However, the game, at least currently, is nothing like popular games like PUBG Mobile or COD Mobile. It doesn’t even come close. This game only has a simple brawler and healing mechanic, which is rather lackluster compared to those mighty battle royale titles. In my opinion, it will take quite some time for FAU-G to reach that pinnacle as the game is in its very early stages.

There is only one “Campaign” mode available to play in the game. Now, as there are no guns in this mode, fistfights become quite boring after a certain time period. However, the developers plan to add a “Team Deathmatch” mode and a “Free for All” battle-royale mode to the game soon.

We did a complete “24 hours Reality Check” video about FAU-G, showcasing its okay-ish gameplay and giving our first impressions. You can check it out right here: