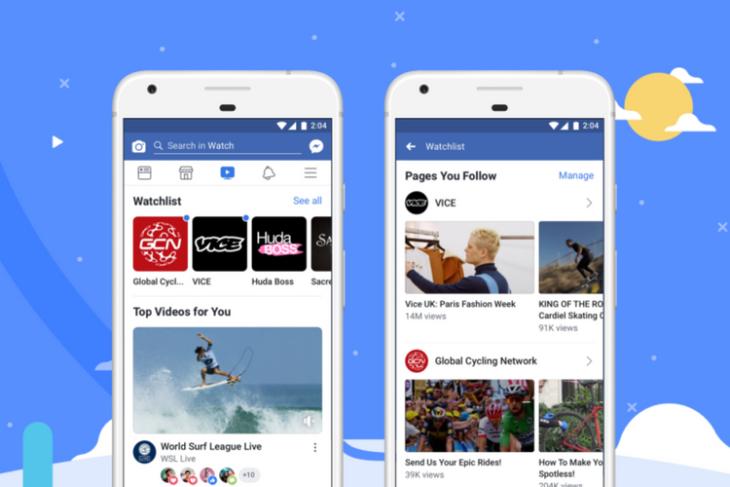 Facebook’s video platform, Facebook Watch, initially launched in the U.S about a year ago but it is today that the social media giant has decided to take the platform global.

As announced via an official blog post, Facebook Watch is breaking loose from its limited availability in the States and is now ready for primetime. The video-on-demand platform will now attract more eyeballs with its broader rollout, all while giving users a new place to search for video content and kick-start conversations around the same.

Facebook further adds that it has been tweaking the experience since its inception last year, making the video platform more social and welcoming to the users. You will have access to videos your friends have liked or shared, Pages you follow, along with original content. Talking about the stats until date,

Every month, more than 50 million people in the US come to watch videos for at least a minute in Watch — and total time spent watching videos in Watch has increased by 14X since the start of 2018.

Talking about original content, Facebook is rumored to be in talks with over ten publishers and news agencies including the likes of CNN and Fox News to soon launch a news-centric section in the Watch section. It’s also said to be planning a documentary TV series around the star football player – Cristiano Ronaldo.

Facebook is making video a major focus of its strategy going forward, which means you’ll get to see new video experiences in your Watch feed, like Watch Parties, Premieres, along with the company’s new trivia game show, Confetti.

If you are interested in watching videos on Facebook, be on the lookout for the Watch icon in the shortcuts bar in the Android and iOS app. Facebook Watch will be available for streaming on Apple TV, Samsung’s Smart TV, Amazon Fire TV, Android TV, Xbox One, and Oculus TV as well.

So, it’ll be quite difficult to miss out on Facebook’s dedicated video platform that has now become available to everyone across the globe. However, don’t hold your breath as it will have to be more than just a platform to be on par with the likes of YouTube or Netflix that churn out binge-worthy content on the regular.

Facebook Watch Getting ‘Your Topics’ to Personalize Your Video Feed

Facebook Watch to Get Daily News Section in Coming Months