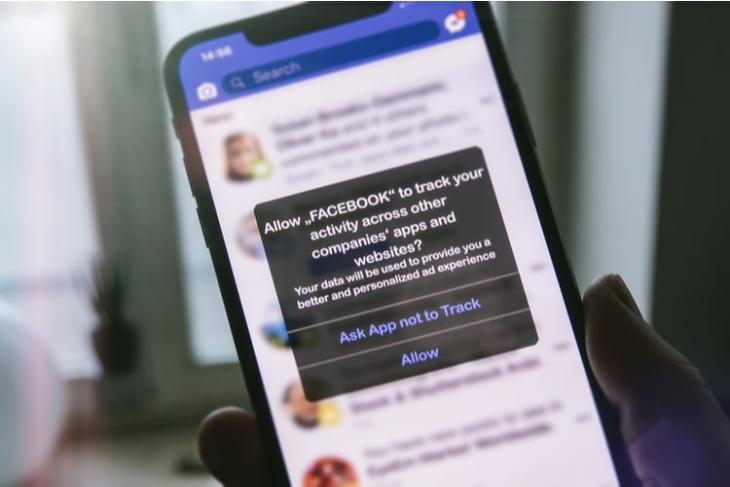 After launching a bunch of new hardware at its Spring Loaded event recently, Apple is now preparing to roll out its latest iOS 14.5 update to the public next week. With this, Apple is bringing a nifty privacy-focused feature called App Tracking Transparency to prevent apps from tracking users across third-party apps. As a result, Facebook is now encouraging users to opt-out of the privacy feature for its social apps.

For the uninitiated, with the release of iOS 14, Apple introduced a new privacy framework dubbed AppTrackingTransparency. This will essentially prevent app developers to access a user’s Identifier for Advertisers (IDFA), which allows apps to track users across third-party apps to deliver personalized ads, without one’s permission.

Following its release, there has been a lot of controversies surrounding the feature. This is primarily because Apple decided to make the App Tracking Transparency feature compulsory for every app on its platform following the release of iOS 14.5. As a result, companies like Facebook started complaining that the said feature will impact small businesses on its social platforms as revenue from ads is expected to dip for many advertisers.

Well now, ahead of the iOS 14.5 official update release next week, Facebook is straight-up telling users not to opt-in for App Tracking Transparency on iOS and iPadOS devices.

You can check out the screenshots of the new splash screens in the Facebook and Instagram apps on iOS. Both convey the same message, i.e., how the “upcoming iOS changes” could negatively affect small businesses on the platform. 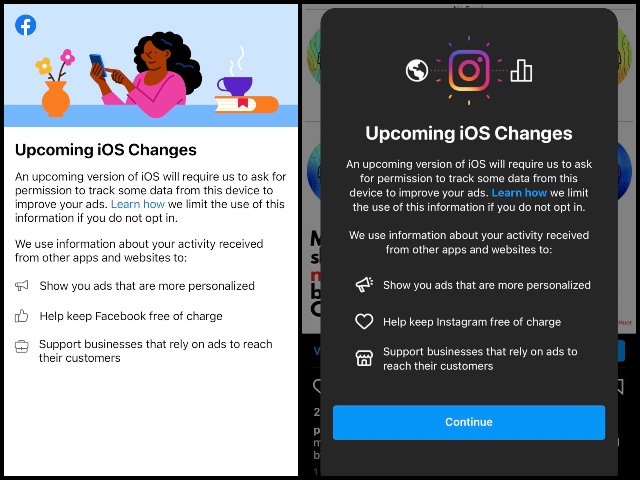 Now, following the iOS 14.5 update, every app including Facebook, Instagram that wants to access users’ IDFA or, in other words, track users across third-party platforms, needs to ask for permission from the users. So, it is all up to the user whether they want an app to track them or not.

On the other hand, it is worth mentioning that not allowing apps to track you across other platforms will not affect your app experience in any way. The apps will continue to function properly. However, the only difference will be you won’t be getting any targeted ads and advertisers will not be able to track your digital activities on other apps.

So, not allowing apps to track seems like the safer option, especially if you’re super conscious about your privacy. Moreover, Facebook suffered one of the biggest data leaks in history recently, leaking personal data of over 500 million of its users. Nonetheless, it is completely up to you whether you want the company to track you or not.