Disney+ Hotstar was set to make its debut in India on March 29 next week, bringing fresh and nostalgia-riddled content to the popular Indian streaming service. We also saw Hotstar beta test the Disney+ integration on its app and website earlier last week, along with the new brand identity.

The novel coronavirus outbreak, however, seems to have taken its toll on the Disney+ Hotstar rollout as well. The scheduled rollout of Disney+ content on Hotstar has been delayed due to the uncertain fate of the 13th edition of the Indian Premier League (or better known as IPL).

In an official statement, Mr. Uday Shankar, President – The Walt Disney Company APAC and Chairman, Star & Disney India said, “We recently announced that Disney+ would launch in India through the Hotstar service in conjunction with beginning of the Indian Premier League cricket season. Given the delay of the season, we have made the decision to briefly pause the roll-out of Disney+ and will announce a new revised premiere date for the service soon.”

If you didn’t already know, the outbreak has delayed one of the biggest cricketing event in India. IPL 2020 remains suspended until April 15, after which the government will come up with new advisory and guidelines. The tournament was set to kick-off on March 29, the same day that Disney+ Hotstar was set to rollout as well. Here’s a quick look at what the new UI is going to look like: 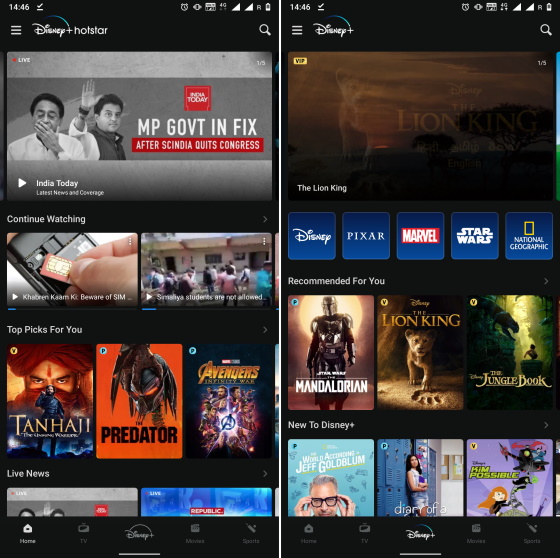 So yeah, you can say that the Disney+ Hotstar rollout in India has been put on hold indefinitely. As for all of your favorite Disney, Marvel or Star Wars content, it’s going to become available in India when the new dates for IPL 2020 are announced. If IPL 2020 is canceled to further curb the spread of COVID-19, then will the Hotstar Disney+ launch be canceled as well? Or will it arrive sometime in the next couple of months?

The delayed Disney+ Hotstar rollout is disappointing news nonetheless as I had been eagerly waiting to binge on all the Marvel content once again. What about you? Share your opinions in the comments down below.