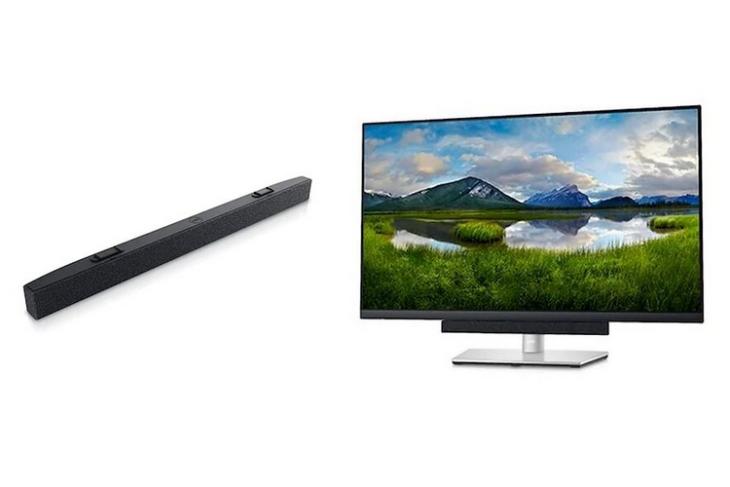 Dell has launched a new soundbar in India as an accessory for some of its high-end monitors. Called the ‘Dell Slim Soundbar SB521A‘, the device is being marketed as the “world’s slimmest and lightest soundbar”, and is designed to be used with at least four different high-end monitors from the company.

The Dell Slim Soundbar SB521A sports powerful 3.6W RMS speakers offering a wide frequency response range of 180Hz to 20kHz. It also comes with an integrated amplifier for an enhanced audio experience. According to the company, the device magnetically snaps on to the aforementioned Dell monitors, enabling users to tilt, swivel and pivot the panels in any direction without getting in the way. It can be connected to the monitors’ USB-A ports using a USB cable.

The Dell Slim Soundbar SB521A is compatible with the UltraSharp U2421E 24 USB-C Monitor, the P2721Q 27 4K USB-C Monitor, the P3221D 32 USB-C Monitor and the P3421W 34 Curved USB-C Monitor. It comes with a built-in magnetic mount that can be used to attach it to any of the aforementioned displays. It can also be locked-in with an included security chain and an external lock. Dell is also offering a 3-year warranty on the product.

The Dell Slim Soundbar SB521A is priced at Rs. 4,899 in India including GST. It is already available for pre-order on the Dell India website, and is expected to ship in 1-2 weeks. As spotted by NDTV Gadgets, the Amazon US listing for the soundbar states that it will release on October 13.