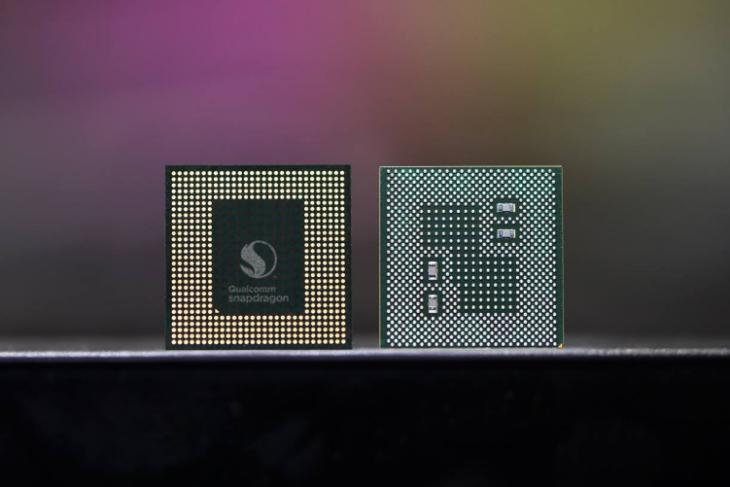 Qualcomm may not have been a spec on Intel’s radar a decade ago, but the explosion of the smartphone sector has made the San Diego-based chipmaker one of the biggest threats to the Santa Clara-based tech giant’s domination of the logic chip market. While Intel struggled to establish a presence in the smartphone market, leading to an eventual exit from the segment altogether, Qualcomm has steadily been spreading its tentacles into what was once strictly Intel’s (and AMD’s, to a lesser extent) domain: traditional desktop and laptop computers.

With ARM-based Windows 10 laptops all set to launch with Qualcomm’s Snapdragon 835 chips and Xiaomi rumored to launch its own Windows 10 laptops with the Snapdragon 845 sometime next year, you might have thought that this is as good as it will ever get for Qualcomm in 2018. However, latest reports now seem to suggest that the company may have even more good news for its investors and well-wishers in the coming year.

Two new merged commits to the Chromium codebase seem to show support for a new board named ‘cheza’ that runs ‘chipset-qc845’. As can be seen from the screengrabs below, there are several more references to ‘chipset-qc845’ alongside mentions of ‘chromiumos-qualcomm64’, which, taken together, are a clear giveaway that Chrome OS may be adding support for Qualcomm’s upcoming top-end SoC. And that can only mean one thing – the Snapdragon 845 is coming to a Chromebook near you.

Unlike Windows 10 on ARM, though, which is a novel concept that is only now coming to fruition (notwithstanding the disaster that was Windows RT), Chrome OS on ARM has been common for a long time, with chips like the Rockchip RK3288-C powering some of the lower-end Chromebooks like the ASUS C201 that is currently listed on Amazon for $227.99. There’s also the Rockchip RK3399 that powers the $400 Samsung Chromebook Plus, among other devices.