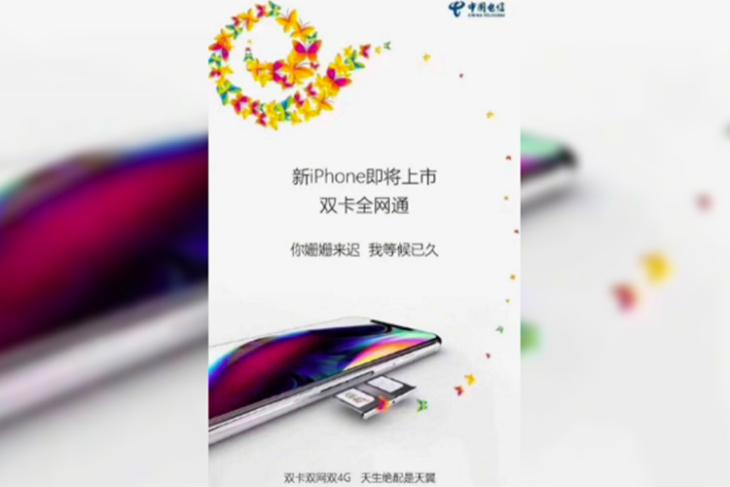 We’re headed towards the iPhone launch event at full speed, and as always the leaks are increasing by the day. First we saw the new iPhones leak in a press image, then we saw the more affordable 6.1-inch LCD variant leak out in multiple colors, we’ve seen more leaks in the last week than we did over the entire year and I’m not really complaining.

In a new leak now, China Mobile, the country’s biggest local carrier, has outed the new iPhone with dual SIM capabilities in a new teaser. The image shows off what definitely looks like an iPhone with a dual SIM tray with some text that gets translated to “The new iPhone is on the market. Double card, full network. You’re late, I’ve been waiting. Dual card, dual network, dual 4G.” 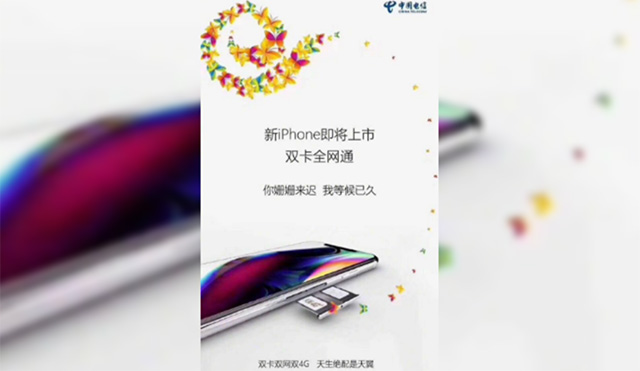 While that translation may not be up there in the hall of fame for Google Translate, it does tell us that we are looking at a dual SIM iPhone in the image. Rumors about Apple putting out a dual SIM capable iPhone have grown over the last week or so, with many people expecting the company to launch a dual SIM iPhone aimed specifically at the Asian and European market where dual SIMs are more prevalent than in the US.

We’re expecting Apple to add this feature to the 6.1-inch LCD iPhone since it’ll appeal to audiences in India and China on both the cost front, and the dual SIM capability, however some reports are claiming that it’ll be available on the expensive 6.5-inch OLED iPhone instead. There are also reports that the dual-SIM models may be China exclusive.