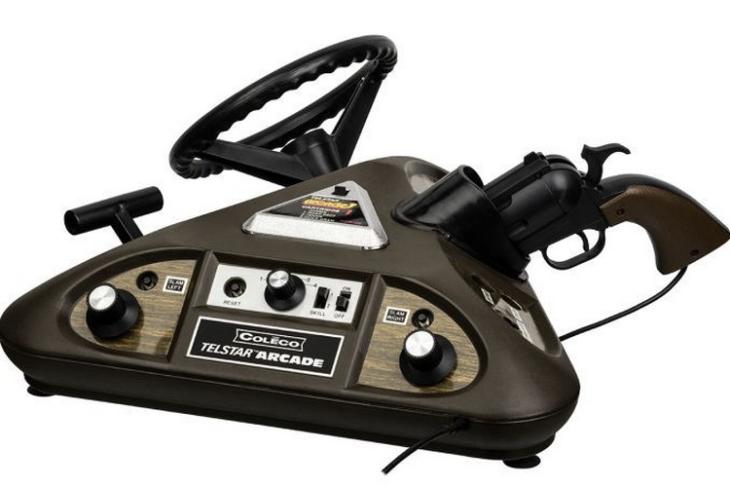 When we look at today’s gaming consoles and compare them with the retro consoles of the early days of the gaming industry, we can clearly see the difference in the design language. Modern gaming consoles like the upcoming PS5 or the Xbox Series X has a more consistent and plain design. However, if you take a look at the Coleco Telstar Arcade gaming console from the late 1970s, you’ll know that it is the strangest looking video game console of all time.

Launched way back in 1977, the Telstar Arcade was the first-gen home video game that launched in North America, Europe, and Japan. It was developed toy- and video game console-makers, Coleco, and apparently was the most powerful gaming console of the time. It came with the MPS-7600-00x chipsets that were based on MOS Technology. These chipsets were the most advanced chipsets at that time and allowed better graphics performance with support for color displays.

However, the specs weren’t the only highlights of this unique gaming peripheral. The most striking feature of the Telstar Arcade was its three-segment design. And I think (might be wrong) it is the one and only triangular gaming console that existed in the market once.

Why the triangular design? Well, let’s just say it was an ultimate gaming controller first and a gaming console later. I mean, the thing has a variety of input options attached to its body. There is an arcade-style steering wheel, a gun controller, and some general knobs and dial pads to enjoy the games.

Coming to the games for this console, there weren’t many options. However, the games that came for the console fully utilized every controller, be it the steering wheel or the gun.

There were four cartridges for the Telstar Arcade, each with three to four games inside. Amongst these four game-cartridges, cartridge 1 was the most popular one with games like Road Race, which took advantage of the steering wheel and Quickdraw, which used the gun. Other games for the console were Battleships, Shooting Galleries, and Pinball.

Now, we have seen and heard about a lot of retro gaming console. Earlier, we even saw the classic Nintendo PlayStation become the highest-priced gaming console of all time. However, we have never seen anything like the design of the Telstar Arcade.

What do you guys think about the gaming console? Would you buy one if it were available in the market? Let us know down in the comments.