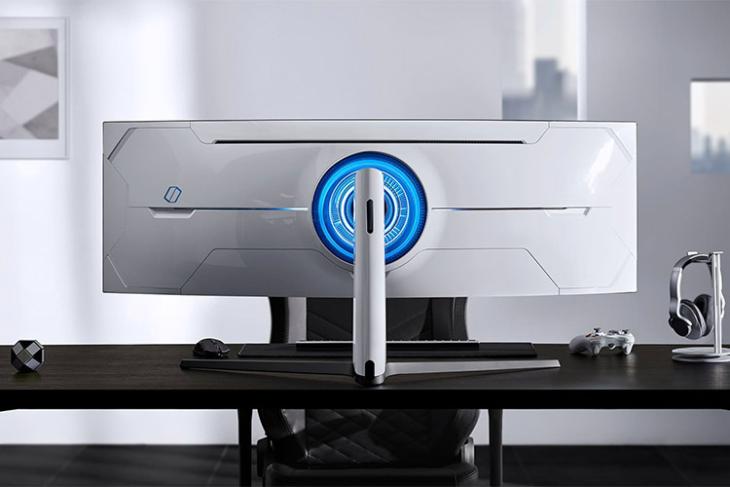 CES 2020 is set to get underway in a couple of days but companies have already started getting their announcements out of the way. After unveiling the new Galaxy Book Flex Alpha, announcing a partnership with the 8K Association, Samsung has now unveiled a new line-up of gaming monitors ahead of CES 2020.

The new Odyssey G9 and G7 gaming monitors come with high-end specs and in different screen sizes to suit your needs.

The Odyssey G9 is an ultra-wide gaming monitor that Samsung claims is the world’s first Dual QHD display with a resolution of 5120×1440 pixels that boasts a refresh rate of 240Hz. Along with that, the monitor has a low response time of 1ms which is great for serious gamers who need faster response times and high refresh rates from their monitors.

In terms of design, the new Odyssey G9 comes with a glossy white finish, and there’s an “infinity core” on the back which lights up and can be customised with upto 52 colors and 5 lighting effects.

Apart from the G9, the South Korean giant also announced the Odyssey G7 gaming monitor, which brings some of the best features of the Odyssey G9 in smaller packages of 27-inches and 32-inches. The G7 features the same 1ms response time, and 240Hz refresh rate as the flagship Odyssey G9 gaming monitor, and comes with a QHD Quantum-dot display with a resolution of 2560×1440 pixels. 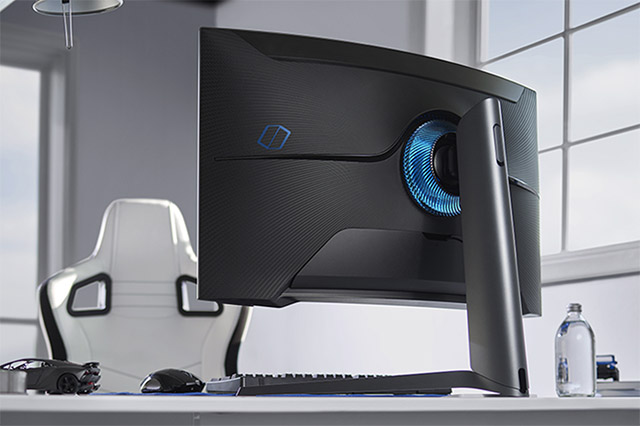 The Odyssey G7 features a matte black design and a color-changing rear-core that can be customised in terms of color, and can get dim or brighter during gameplay. The company has also added dynamic shapes and lighting effects to the front of the monitor.

Samsung hasn’t announced the pricing or availability details for the Odyssey G9 and G7 gaming monitors, but the company has confirmed that it will be showing off the monitors at CES 2020 in Las Vegas. We’ll be on the ground at CES, covering everything as it happens, so stay tuned for more updates.