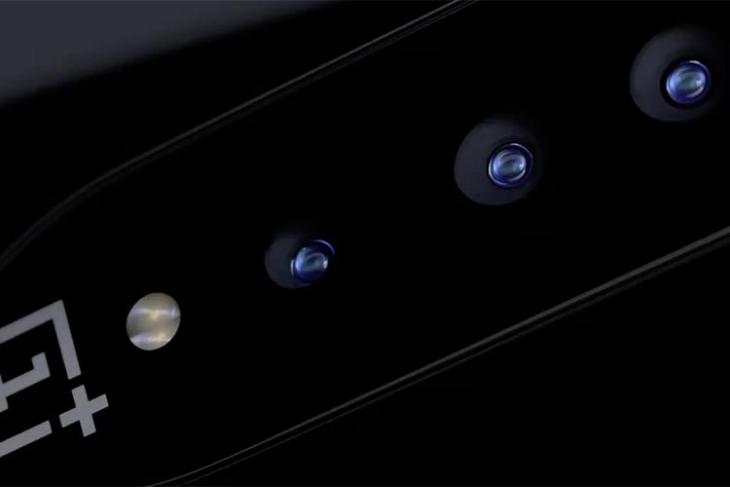 Last month, OnePlus took us all by something of a surprise when the company scheduled a special event for CES 2020. The company later confirmed that it will be showing off a concept phone at the event, leading to speculations about a possible folding phone from OnePlus.

Now, the Chinese company has shown off a teaser for the upcoming “OnePlus Concept One” smartphone as it is called, and the short teaser clip posted by the company on Twitter shows an invisible camera set-up. Even the tweet itself mentions a “groundbreaking invisible camera and color-shifting glass technology.”

We’re bringing the #OnePlusConceptOne to #CES2020, but you don’t have to wait: you can get a sneak peek at it right here, along with its groundbreaking “invisible camera” and color-shifting glass technology. pic.twitter.com/elsV9DKctn

Looking at the video, it doesn’t seem like this is a foldable phone, however that possibility can’t be completely dismissed at this point. What we can surely see is that the rear of the OnePlus Concept One smartphone looks completely clean and devoid of any camera lenses at one point, only to later have them be visible. So the “invisible camera” part of the tweet makes sense now. What’s intriguing is exactly how the company managed to do this.

According to GSMArena, one of the possibilities is that OnePlus is using a dimmable glass above the camera module which can hide or show the camera set-up on demand, in order to give the Concept One a clean look in everyday usage, and show the cameras when they are actually being used.

The idea does seem pretty interesting, especially considering how multi-camera set-ups are proving more and more difficult to be pleasing to the eye (I’m looking at you, OnePlus 7T and iPhone 11 Pro).

Anyway, this concept phone will definitely not be commercially available, but there are chances that OnePlus will be using some of this technology in this year’s OnePlus 8 smartphone, and if that phone comes with rear cameras hidden with a dimmable glass or something similar, it might give it a leg-up over the competition, at least in terms of design and aesthetic appeal.

We’ll be on the ground at CES 2020, and we’ll definitely try and get a good look at OnePlus’ concept phone and understand how the company is achieving this effect. So stay tuned for more coverage and information about the OnePlus Concept One early next week.