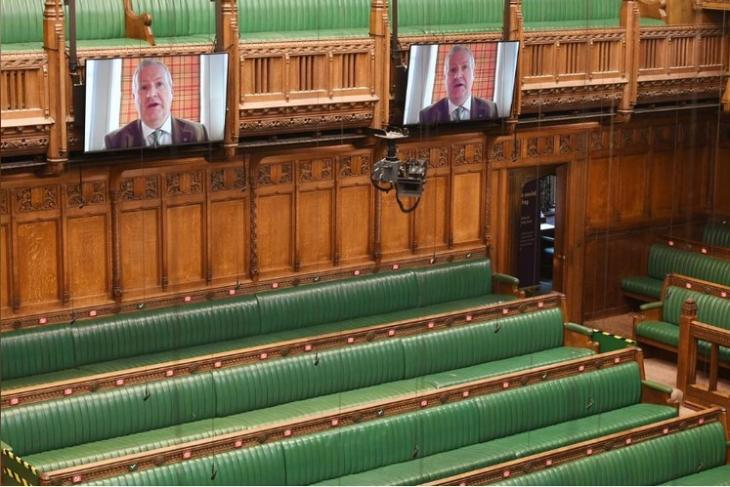 Since the Coronavirus-led pandemic started earlier this year, it has forced the world to adopt new ways to continue operations and businesses. Now, the pandemic has forced the Brits to give their traditional parliament a make-over to make it a modern video conferencing hub.

Britain’s House of Commons’ debating chamber has been the same for a long time, more like for 600 years now. It has the same old wooden furniture and a traditional look. However, as the Coronavirus struck the country, claiming over 34,000 lives countrywide, the government passed the verdict to convert the old interior of the room into a modern center for the officials to connect with each other virtually.

A senior official from the parliament who helps manage proceedings in the House of Commons, Matthew Hamlyn said, “It’s like a giant TV studio. Only, rather than having your six guests on … you have maybe 60, all over the country.”

The authorities had just two weeks to convert the entire room into the modern hub for virtual video conferences. House of Commons speaker, Lindsay Hoyle gave the order to the officials to carry out the deed immediately to continue parliamentary operations.

The conversion process was finished on April 22, right before the first hybrid PMQs (Prime Minister’s Questions) session, which is the highlight of the weekly political calendar.

Recently, the parliament also conducted its first-ever remote vote, in which members of Parliament from all over the country voted via a video conference call.

“I’ve been working in software engineering for 20 years and this is probably the pinnacle. The House of Commons has voted remotely for the first time ever, and it’s existed for hundreds and hundreds of years.”, stated Matt Stutely, the Director of Software Engineering in the Parliament Digital Service.

So, a country that has resisted technological development in the name of culture and traditions for so many years had to adopt the same due to the ongoing pandemic. This shows how much of an impact the Novel Coronavirus has made to this world.