Microsoft’s Xbox One X has finally arrived at the stores after months of anticipation that began when the company initially unveiled the console with the “Project Scorpio” codename at their E3 press conference last year. After all, it’s the most powerful gaming console that we’ve seen to date, so we do get the reason behind all the excitement. The Redmond Giant’s latest console can deliver 6 TeraFlops of computing performance with its beefy hardware, thereby making it capable of rendering games at 4K Ultra HD resolution in addition to support for HDR content.

If you’ve owned an Xbox gaming console in the past, you’ll already be pretty familiar with the Forza franchise. The Forza Motorsport series is over 12 years old, so there’s no doubt regarding its popularity. The seventh-installment in the franchise is probably the best car racing simulator that you’ve seen on the Xbox platform. The game features more than 700 cars that you can collect and race with. There are across 30 famous destinations in the game, and with dynamic weather, the game will surely grab all your attention. 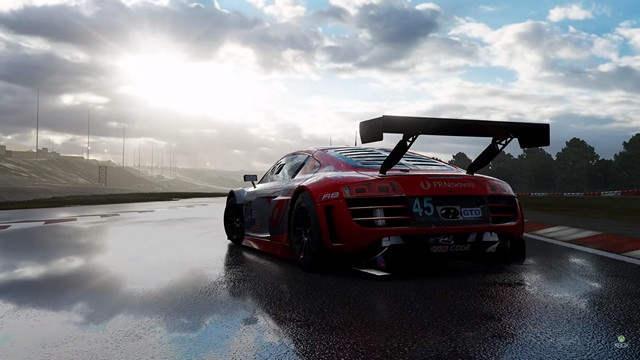 Moreover, it’s a game that has been developed with the Xbox One X in mind, so you’ll be able to enjoy breathtaking visuals at native 4K resolution while maintaining a buttery smooth 60 fps framerate. It also supports HDR, which means you get to experience a wider range of colors. Additionally, if you have a Windows PC, you’ll be able to play this game on your system without any additional purchase, thanks to “Xbox Play Anywhere” program.

Ubisoft decided to take a break from the hugely popular Assassin’s Creed franchise last year, in a move to rethink their strategy for the next installment. Sure, the series might have lost the luster that it once had due to a series of repetitive games, but a major comeback with something different to offer is all it needs. Fortunately, Assassin’s Creed Origins manages to do exactly that, and believe me, it’s one of the best games of the entire franchise. 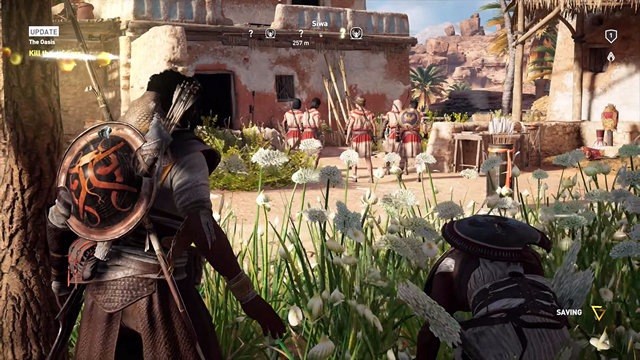 The game takes you to the world of ancient Egypt, where you’ll be playing as the Bayek of Siwa, who’s on a quest for revenge. With a revamped combat system and a stellar world design that showcases variety in infrastructure, enemies, environment, and culture, the game has a lot more to offer than just a new storyline. You can read more about the game in our detailed review. Thanks to Xbox One X Enhanced, you’ll be able to play the game in 4K Ultra HD with HDR support for all the eye candy that you’ll need.

Destiny 2 comes four years after the release of the predecessor, and it manages to deliver a story-driven campaign this time around, something that the franchise was originally criticized for. The game has managed to live up to all the hype, and it’s currently the best selling video game of the year so far. Well, it’s no surprise considering Destiny 2 is developed by Bungie games, the same team behind the insanely popular Halo franchise. The loot-driven progression system is good enough to keep you hooked to the game for a long time. The game will be receiving a patch in the near future that allows you to play at higher resolutions on your new Xbox One X with HDR support. 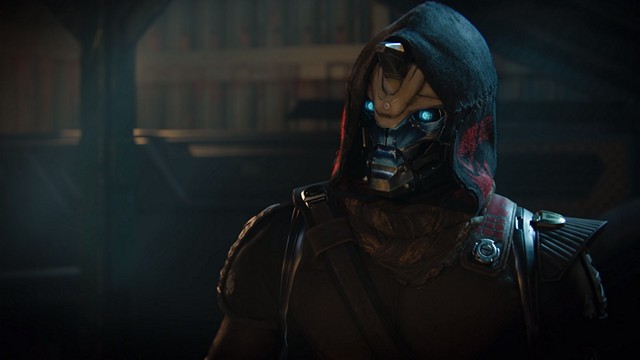 Almost every gamer knows about the Call of Duty franchise. It’s definitely not one of the most loved at present though, due to a series of repetitive futuristic shooters. However, this time around, Activision has managed to bring back Call of Duty back to its roots by delivering a boots-on-the-ground gameplay that fans have been requesting for a long time. Developed by Sledgehammer Games, Call of Duty: WWII is set in 1942 and aims at delivering an authentic World War II experience. Being an Xbox One X Enhanced title, you’ll be able to play the game in 4K Ultra HD resolution and HDR, while maintaining a steady frame rate. 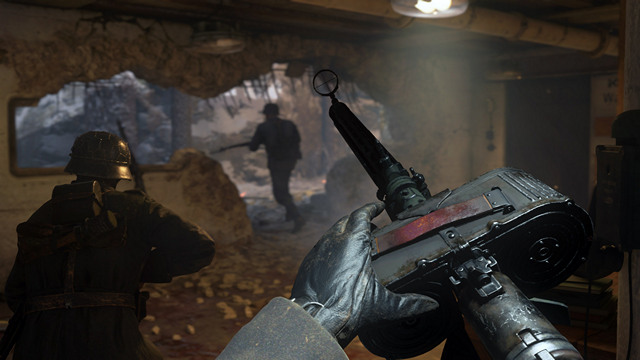 It’s the year of battle-royale games, and PlayerUnknown’s Battlegrounds leads the industry in that regard. What was originally made available on PC as part of Steam’s Early Access program has now turned into one of the biggest games of the year with a peak player count of over 2.5 million, managing to beat the likes of DOTA 2 and Counter Strike: Global Offensive. This is quite an achievement considering the fact that it’s coming from a relatively new development team called Bluehole Studios. The game which we recently reviewed for the PC is all set to make its way to the Xbox One as a console-exclusive and it will be published by Microsoft Studios.

As the player, your goal is to hunt down other players and survive to be the last man standing in this epic 100-player battle-royale game. Thanks to Xbox One X Enhanced program, the developer intends to deliver HDR support along with ability to run the game at higher resolutions when the game arrives next month.

If you’re a fan of football, you’ll certainly enjoy playing this beautiful football simulator on your shiny new Xbox One X. Most of the games in the FIFA franchise have managed to top the charts when it comes to sales numbers due to the popularity. Well, consider this one to be a refinement over the predecessor. The game has a variety of modes to keep you hooked like Ultimate Team, where you build your own star-studded team from scratch and compete with players from around the world, career mode where you’ll be able to play either as a manager or player, and tournament mode where you’ll be contesting for the trophy with your team. Being an Xbox One X Enhanced title, you’ll be able to play the game in native 4K Ultra HD with HDR, while maintaining a buttery smooth 60 fps frame rate. 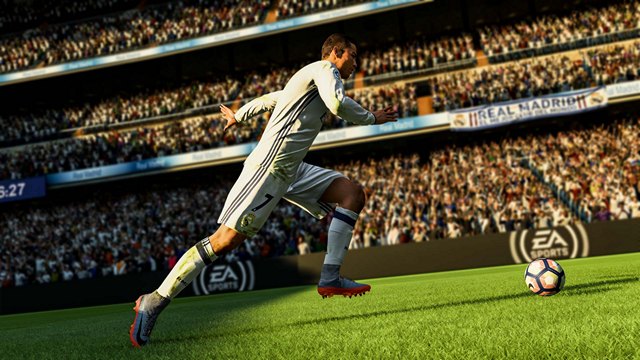 Gears of War 4 is one of the most acclaimed video game franchises in history and the latest installment comes after a huge gap of five years. You’ll be playing as JD Fenix, who, along with his friends, Kait and Del will be discovering the source of a monstrous enemy. Although the game’s director has changed, it shares a lot of narrative structures that we all loved in previous Gears of War titles. The game offers three different modes, namely campaign, Versus and Hordes modes to keep you gripped to the edge of your seats. It’s an Xbox Play Anywhere title, meaning you’ll be able to play this game on your gaming PC without any additional purchase. On the Xbox One X, the game should be able to play at 4K Ultra HD resolution with HDR support for eye-popping visuals. 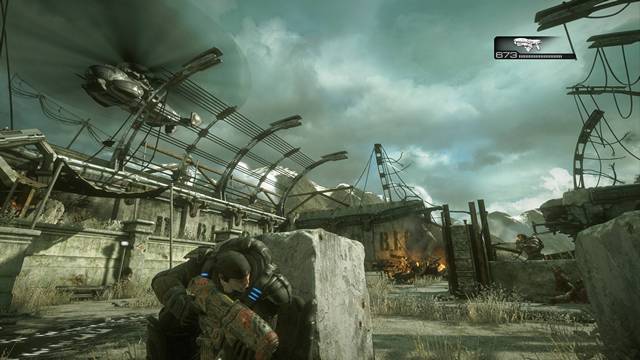 If you love fighting against Zombies in a video game, you’re bound to fall in love with State of Decay 2. The game features a post-apocalyptic open-world setting where your base is more than just a place for your survivors to sleep at night. You can either choose to play the entire game solo or team up with three of your friends for a unique four-player co-op experience. It’s published by Microsoft Studios, and therefore will support the company’s Play Anywhere program, so you’ll be able to play State of Decay 2 on your beefy gaming rig without any additional purchase. Being an Xbox One X Enhanced game, the developers have assured that the game will run in 4K Ultra HD with HDR support for breathtaking visuals. 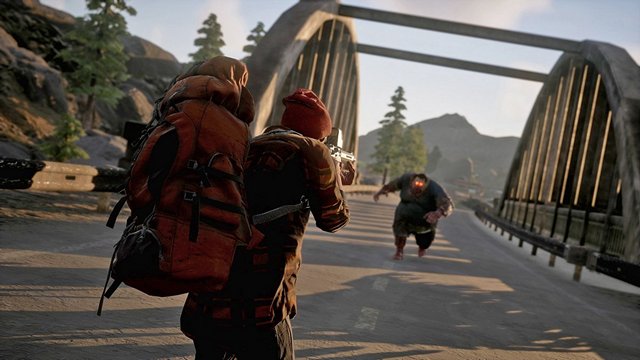 Next on the list, we’ve got one of the most anticipated AAA titles of the year. Sure, the original Battlefront was mediocre at best, but this time around, EA & DICE have played smart by adding a single-player campaign. The game also features rich multiplayer battlegrounds across prequel, classic and new trilogy eras. As a player, you’ll be able to customize and upgrade your heroes, starfighters and troopers with abilities that you can exploit in battles. The game has been enhanced for the Xbox One X, but only HDR support has been confirmed so far. Regardless, you can expect the game to use dynamic resolution scaling since it’s coming from DICE, the same team behind Battlefield 1. 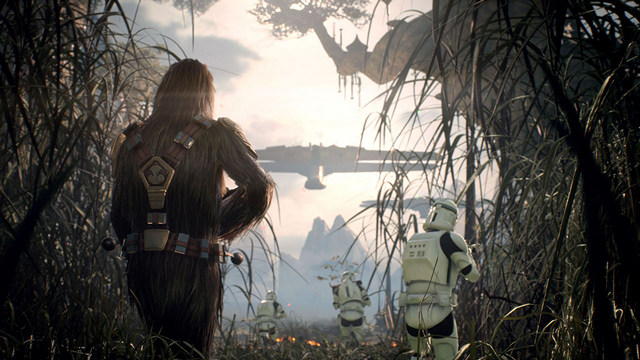 As a gamer, we’re all pretty familiar with the Need for Speed franchise ever since our childhood days. The latest installment is called Payback and it comes after a gap of 2 years. The game is set in the underworld of Fortune Valley, where you as a player, and your crew will go all out trying to take down a nefarious cartel that rules the city’s casinos in a quest for revenge. Unlike Forza Motorsport 7 that delivers a professional car simulation experience, this is totally an arcade racer, so expect your cars to feature unrealistic mechanics. The game has received the Xbox One X Enhanced tag, so you’ll be able to play the game at higher resolutions while maintaining a steady frame rate. 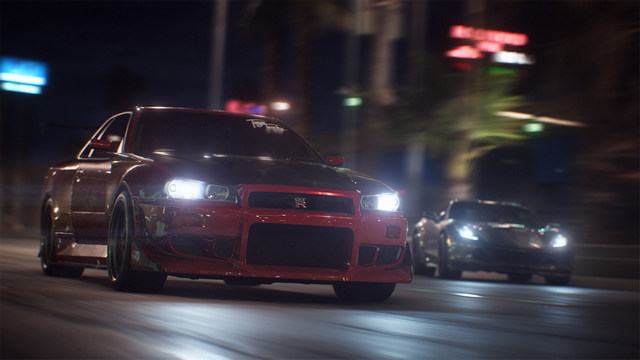 The Best Xbox One X Enhanced Games You Should Play

Not even a week has passed since the release of the Xbox One X, but there are already a plethora of games out there that take advantage of the improved hardware within the new console. For a complete list of all the Xbox One X Enhanced titles, do check out the official Xbox website. Well, we’re glad that we could make your decisions easier by listing out some of the best games that you should try out on your new Xbox One X. So, which of these games are you planning to purchase, and why? Do let us know your thoughts in the comments section down below.