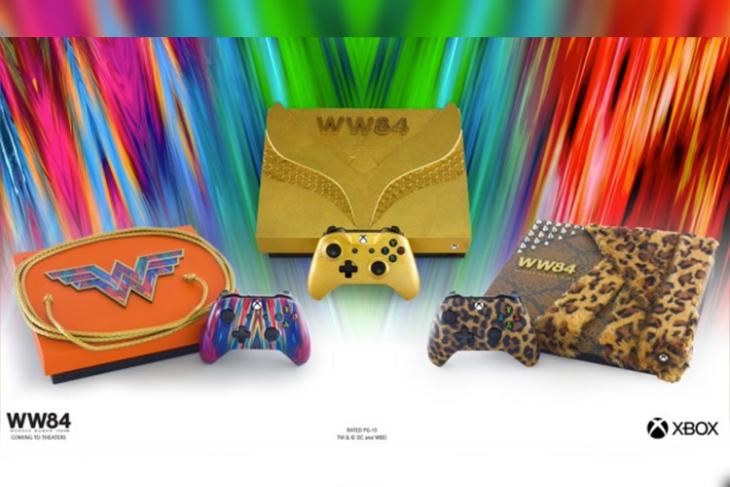 As we head closer to the release timeline for the Xbox Series X, Microsoft has stopped selling the Xbox One X. However, that hasn’t stopped the company from making three limited edition Xbox One X consoles. The consoles have been designed in partnership with the upcoming DC movie Wonder Woman 1984 and take design cues from the Wonder Woman franchise.

There are only three of these consoles, each of them different from the other. There’s one with the Wonder Woman Lasso of Truth and the multicolour Wonder Woman logo. Winning this console only requires you to retweet the sweepstakes tweet from the Xbox Twitter account.

On the other hand is the Golden Armor console that’s based on the suit worn by Wonder Woman in the movie. Apparently, this console has been made by hand with 24 carat gold leaves. The console is going to be auctioned off and proceeds will go to the ‘Together For Her’ organisation for domestic violence response.

Last is the Barbara Minerva console that comes complete with an intricate snakeskin pattern and faux leopard fur. As the name suggests, this console is designed after the main antagonist of Wonder Woman 1984. As cool as this console looks, it’s unfortunately not available to bid for, or win.

Normally, I would ask you to refrain from getting an Xbox One X when it’s been discontinued, and with the Series X on the horizon. However, winning one that’s a limited edition Wonder Woman design, well, that’s never a bad idea.