Microsoft Xbox One X is to be released on November 7. The console promises to be the world’s most powerful gaming console. With supreme raw specs, the One X is a pure beast. As such, game developers have started developing updates for their already pre-released games to not only be compatible with the One X but also to take advantage of its amazing horsepower. The Xbox One X Enhanced program ensures that games with the said tag will run much better and snappier on the new console. So if you’re looking to purchase the console, here’s our list of 10 best games that you should buy for the Xbox One X at its launch:

Best Games to Buy Along With Xbox One X

Note: We’ve mentioned the Amazon.com purchase links for each game. Upon purchase, you’ll receive a digital code that can, later on, be redeemed for your game from the Xbox Store.

The Xbox One X comes as a beast in terms of raw performance, but there needs to be a game that can actually take advantage of all that hardware. On top of the lineup, we have Microsoft’s own Forza Motorsport 7, the advanced racing simulator. Forza is known for pushing the benchmarks in terms of graphics fidelity, and Motorsport 7 takes things up a notch. The graphics on Forza Motorsport 7 are the best ever, bringing together the perfect mixture of realistic graphics with immersive professional racing. Coming in the 4K HDR mode with Xbox One X Enhanced, Forza Motorsport 7 is bound to look stellar on the console.

2. Rise of the Tomb Raider 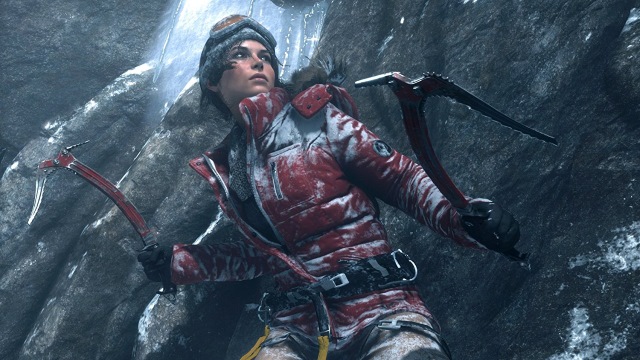 Rise of the Tomb Raider is one of the best games to ever grace the Xbox console. The story revolves around Lara Croft, focusing on her adventures through a cinematic single-player adventure while facing off the evil “Trinity” organization on the hunt of relics. Launched way back in 2015, the game still stands out as one of the most graphic-intensive games for the console. The beautiful environments coupled with the amazing textures make for a great atmosphere to play in. With the Xbox One X, Tomb Raider is set to bring out 3 different modes of gameplay – 4K Enriched, High Framerate, and the Native 4K mode. Each of these modes takes advantage of the horsepower of the Xbox One X console, delivering an experience like none other. 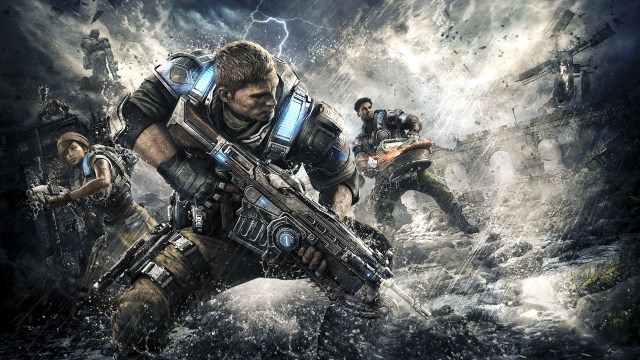 Another one of Microsoft’s exclusives for the Xbox system is Gears of War. The third-person shooter is one of the best selling franchises for the console system. As such, Gears of War 4 was one of the most anticipated games. And boy, did it deliver. It’s based on the concept of cover-based shooting, with extremely well laid out mechanics. The storyline is enriching and the mixture of stealth with all-guns-blazing never gets old. Now, coming off as Xbox One X Enhanced, the game promises improved performance and graphics along with exclusive 4K content. 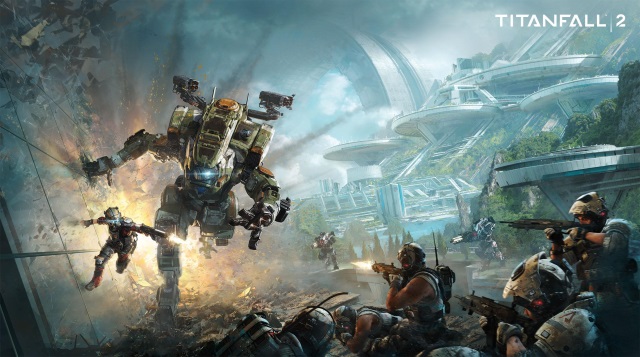 Titanfall is too much to be categorized under a single genre of games. Its action-adventure coupled with high-paced shooting adds a lot to the thrill. Set on the planet typhoon, you play as a human while also controlling a Vanguard-class titan. While Titanfall was a great success, the successor improves upon a lot while adding much-needed features. One of those features is the highly-requested single player campaign mode. Titanfall 2 offers a great storyline embedded within enriching combat performance, all packed together with superb cutscenes in the single-player campaign. While the game already has stellar graphics, the addition of the Xbox One X Enhanced tag ensures an even better look and feel to the game, especially at that beautiful 4K resolution. 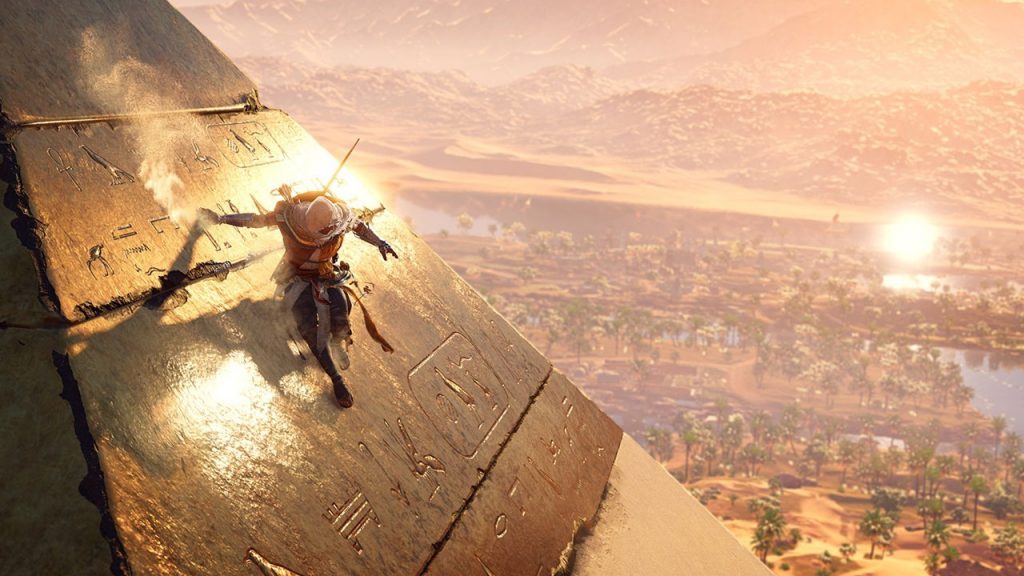 Ubisoft’s crown jewel, the Assassin’s Creed franchise, is known for combining great graphics with an interactive open-world, coupled with a realistic storyline. With Assassin’s Creed: Origins, Ubisoft has raised the bar to a whole new level. We recently reviewed the game, and let me assure you, that the game works phenomenally well. Set in ancient Egypt, you play as an Assassin of the Egyptian Brotherhood active during the reign of the last pharaoh of Egypt, Cleopatra VII, where you’ll be hunting down the corrupt leaders. In many ways, Origins is one of the best games of the Assassin’s Creed franchise, which certainly is shaping up to look even better on the Xbox One X. 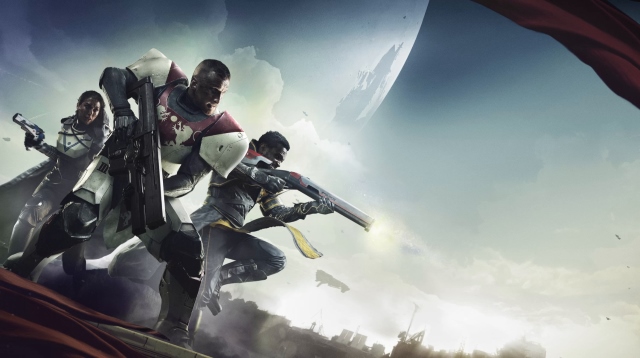 When Destiny was first launched, it quickly became a success story. As such, there were high expectations from its successor – Destiny 2. Thankfully, the game has lived up to its expectations, becoming the best seller of the year 2017. It is an online shooter set in a futuristic imagination of our solar system. While the initial game was great, Destiny 2 has brought about a great multiplayer gameplay, along with an enriching single-player campaign, thus delivering the best of both worlds. Destiny 2 is also known for pushing the system to its limit in terms of the graphics department, so expect the game to perform visually appealing on the Xbox One X. 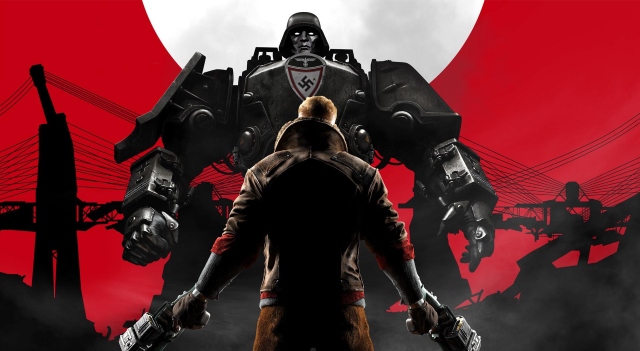 Wolfenstein II – Oh, where do I even begin with this masterpiece. One of the best games of the decade, The New Colossus is an easy recommend for any gamer out there. The game carries on from Wolfenstein: The New Order, picking up where the story left and goes on to produce one of the best storylines in a very long time. While the concept of a sci-fi reimagination of 1961 might sound absurd, the gameplay delivers and delivers in a fantastic way. The cold-blooded cruelty coupled along with sickening cutscenes, all concealed under a beautiful graphics system works really well for Wolfenstein II. With the raw hardware that powers the Xbox One X, Wolfenstein II is surely going to be a great game to look as well as play on the powerful console. 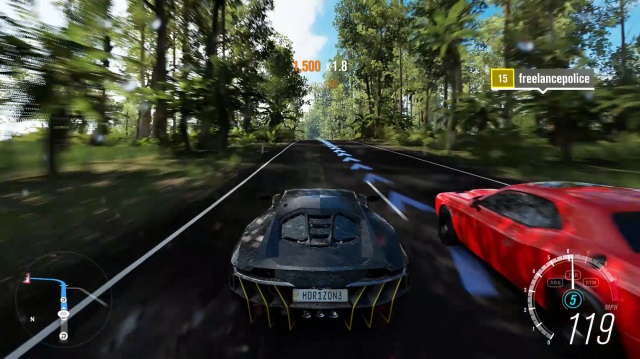 While Forza Motorsport 7 might take all the spotlight, let us not forget about another great game from Microsoft, that is Forza Horizon 3. While the Motorsport series is all about professional simulation, the Horizon series offers open-world racing. Racing the best cars on the planet with a beautiful backdrop behind you never gets old, and Forza Horizon 3 has one of the best graphics in the gaming world, coming just a mere few points behind Motorsport 7. With the Xbox One X, the Forza Horizon 3 is expected to run at Native 4K with HDR, thus allowing the player to literally inhale the entire atmosphere of the beautiful game. 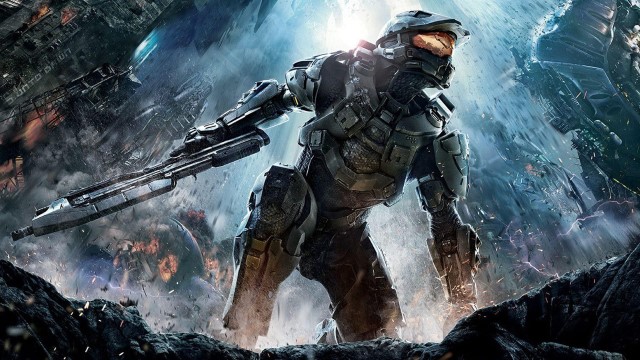 Now, who can mention Microsoft Game Studios and not mention the Halo series, right? The ever amazing third-person combat gameplay returns to the scene with Halo 5: Guardians. While it might not have the best storyline as compared to the other games of the series, it certainly has the best graphics. Set in alien worlds, the game is reminiscent of the classic Halo combat. The game offers some great Arena and Warzone modes, as well as a new co-op mode. The mechanics engine of the game has been redesigned, to provide for better movement mechanics. With the Xbox One X, the game engine will come with support for native 4K resolutions, so expect to see those alien worlds in stunning quality. 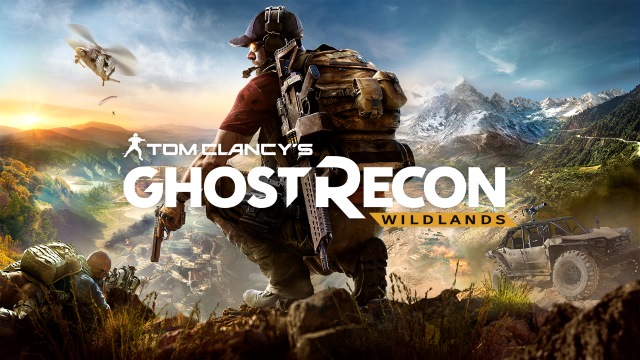 Tom Clancy’s is a well-renowned series, and the Ghost Recon iterations are known for pushing the bar in terms of imagination. With Wildlands, you get one of the best games of the series. Wildlands shifts the focus off from the storyline and gives it back to the gameplay while combining it with a first-ever open-world system in the series. The storyline is similar to that of Narcos, where you work as a military group trying to fade off the narcotics from the country. The storyline takes place in Bolivia, a place known for beautiful sceneries alongside the mountain region. And trust me, all this looks too good in the game. And now, with the game being an Xbox One X Enhanced title, Wildlands is all set to look so much better on the world’s most powerful console.

SEE ALSO: What Is Xbox One X Enhanced and How Does It Affect You?

Game On With The New Xbox One X

Microsoft’s Xbox One X is easily shaping up to be one of the most anticipated releases of the year. The “Project Scorpio” has the best specs underneath its hood, and offers a lot to the game developers in the form of 4K, HDR, and Xbox One X Enhanced Program. Whether it lives up its name of the world’s most powerful gaming console is yet to be seen. That being said, the raw power should certainly help uplift its games’ graphics performance. But what is your take on the Xbox One X? And which of the above games will you be trying out on the new console? Let us know in the comments section below.