The Sony PlayStation VR was launched in the fall of 2016, and in less than 2 years, it has brought about the Virtual Reality experience onto the gaming world. The PS4 has a huge line-up of games for it, that have been specially redesigned, and some have even been built from the scratch for the PlayStation VR. While previous VR headsets required extra accessories to function, the PSVR requires, yes, you guessed it right, just the PS4 console only. If you’re on the edge and wondering what all games are out there to get the best out of the PSVR experience, fret not, as we bring to you the 15 best PSVR games you should be playing: 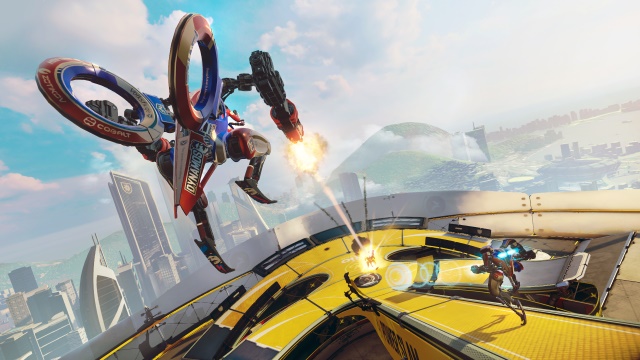 RIGS is an all intense first-person shooter, in which players control mechanized robots or ‘rigs’, and compete against each other with futuristic weapons and mechanized combat skills. Consider this to be a mix between Titanfall and Unreal Tournament, but double the fun since it’s in VR. You compete in a series of sporting events in the Mechanized Combat League – a near future sports league which pits teams of pilots against each other in real world locations. 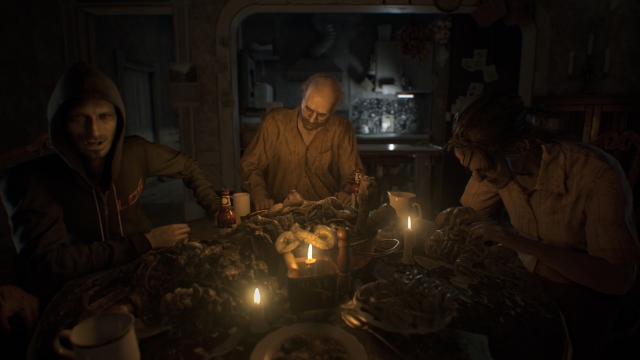 Resident Evil 7 pushed the limits of horror games by bringing out a first-person experience to this genre. While it was enough to earn them the spot as the scariest game of all time, they went a step further by making the game VR as well. Imagine yourself in this horror-house, immersed in puzzle-solving quests, horrifying boss fights, laser-sight shooting and inventory management, something that the Resident Evil franchise has always brought about in their games, but this time around, it’s all packaged in a gorgeous first-person world. 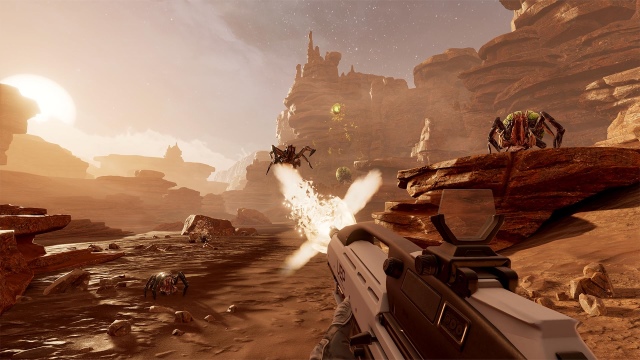 Farpoint is another First-Person shooter for the PlayStation VR, set in the backdrop of an uncharted extra-terrestrial world, where you fight alien species whilst in search of a crashed space station, in the hopes of being able to find a way back home. What sets this game apart is the fluid-motion shooting gameplay, and the minute details to the basics of the shooting process. Any First-Person shooter is bound to look greater in VR, and while other games have been ported to VR, Farpoint is a game built especially for the PS4 VR. 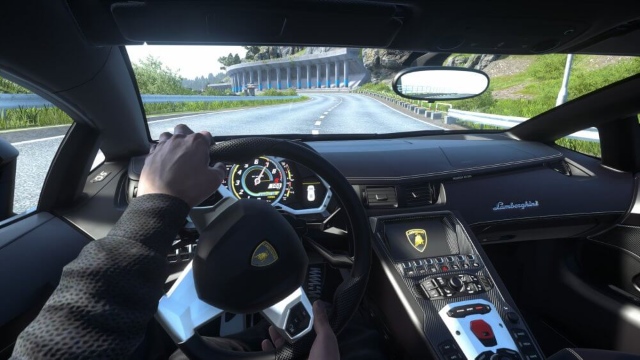 Driveclub has been one of Sony’s best produced racing games ever, which was quite evident when it became the fifth best selling PlayStation 4 game ever. The same experience more-or-less has been brought to the PlayStation 4 VR, for users to take the experience to the next level. While the graphics certainly seem a little smoothed and toned down, the gameplay is great in itself. Playing Driveclub in VR gives you the proper feel of being a driver in a race car, and is a must try for any racing game fanatic out there. 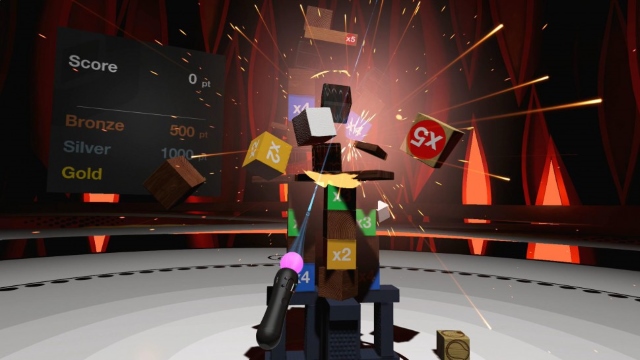 Tumble is game that takes a very simple concept and manages to make an addictive game out of it. The objective of the game is quite simple, players basically have to pick up objects in front of them and build a linear pillar by placing the objects on top of one another. Yes, it does kind-of sound like Jenga, but 10 minutes into the game and you realize it’s something much more different and something just so good. At a low price tag of just $9.99, it’s easily a must try for anyone looking for a casual VR experience. 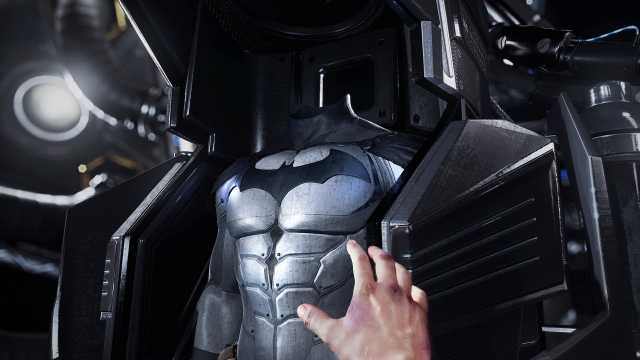 Admit it, everyone at one point in their lives has dreamt to be Batman. Rocksteady’s Arkham series has practically been the best thing that ever happened to Batman’s gamer fans. While Arkham Knight was probably their last proper game of the series, Rocksteady did bring out Arkham Batman VR for the PS4 VR to keep its fans happy. And it’s indeed the game everyone has waited for.

While being limited to 90 minutes of gameplay, Batman VR lets the user step inside the Batman universe wearing Batman’s cape, analyzing dead bodies and facing enemies in First-Person VR mode. If you’re also a Batman fan, give this game a try, you wouldn’t be disappointed. 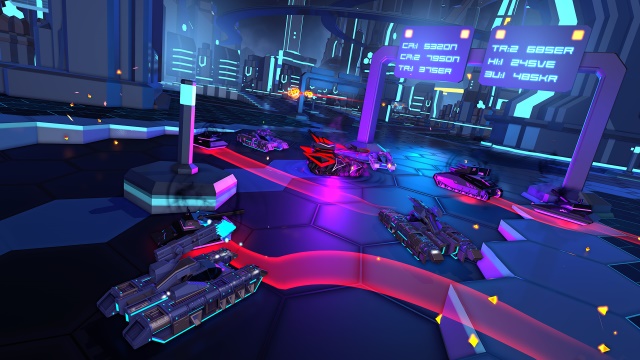 Vehicular Warfare has always been a highly appealing concept, and putting that concept with the use of tanks is what Battlezone does. Imagine you and your enemies in a plane fighting arena, with everyone inside their tanks, taking shots at each other with lasers and rockets and special weapons. All of it, with the view from inside the tank in First-Person, it’s something that compliments VR gaming really well. 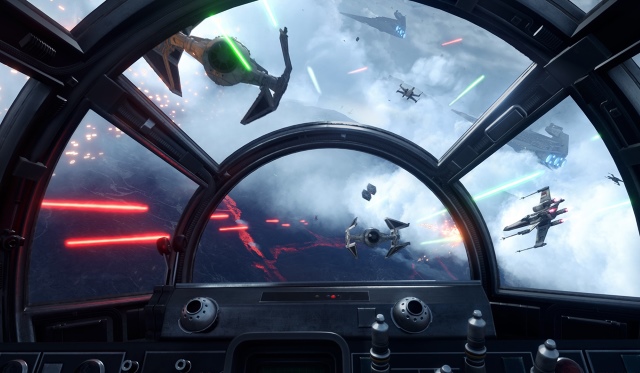 Piloting your own X-Wing through an asteroid field, taking down waves of TIE fighters, and going head-to-head with a massive Imperial Star Destroyer, is just a basic list of what all you can experience with the Rogue One VR. For even a non Star Wars fan, the simple feel of driving in space and taking out enemies with laser guns is something you’ll truly enjoy. The 20 minutes VR experience is an add-on to the Star Wars Battlefront game, so make sure you buy that as well.

9. Keep Talking And Nobody Explodes 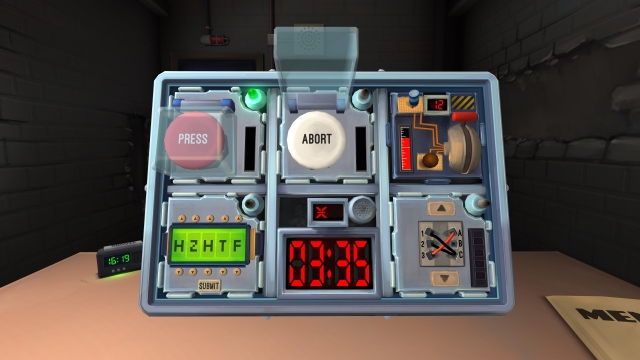 Keep Talking and Nobody Dies is a game to be played in a group. One player, the one who’ll be wearing the VR headset, will be the ‘victim’, trapped inside a room with a bomb on which the timer has been set. The other players, the ‘Experts’ will have a bomb defusing manual, with the help of which, they must assist the victim in trying to defuse the bomb. The catch? The experts can’t see the bomb, so they don’t really know what’s actually happening. It surely is a game that offers an enthralling experience, which can be played with your friends on a lazy afternoon. 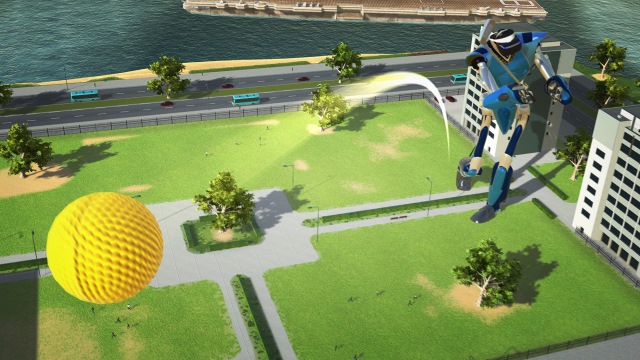 It’s exactly what the name suggests – 100ft Robots hitting the ball around the park playing golf. The objective? To put the ball in the hole of course. Well, it’s golf after all, so duh. If you face any obstruction such as a building or a structure, simply demolish it with your swing and move on. The game can be enjoyed on split-screen mode with your friends, or also on online multiplayer. Plus, you get to experience Golf in VR glory, so there’s that. 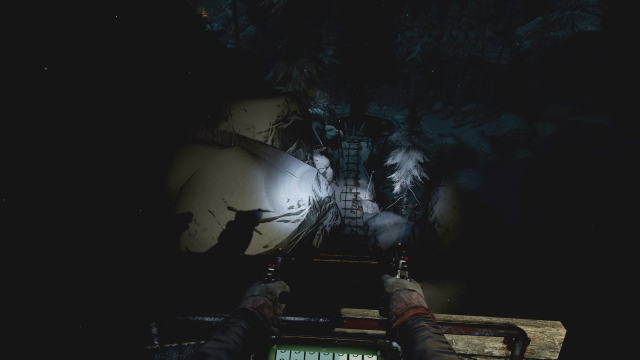 One of the most notable uses of the VR has got to be the Horror genre. Experiencing survival horror stories in First-Person VR is one of the most thrilling feels ever, and Until Dawn Rush of Blood takes full advantage of it. Building upon the drama survival horror game Until Dawn for the PS4, comes the Rush of Blood for the PlayStation VR, engaging players in a complete thrill ride inside an amusement park, fighting scary enemies with the wallop of First-Person. This game is certainly a must play for people who embrace the horror genre. 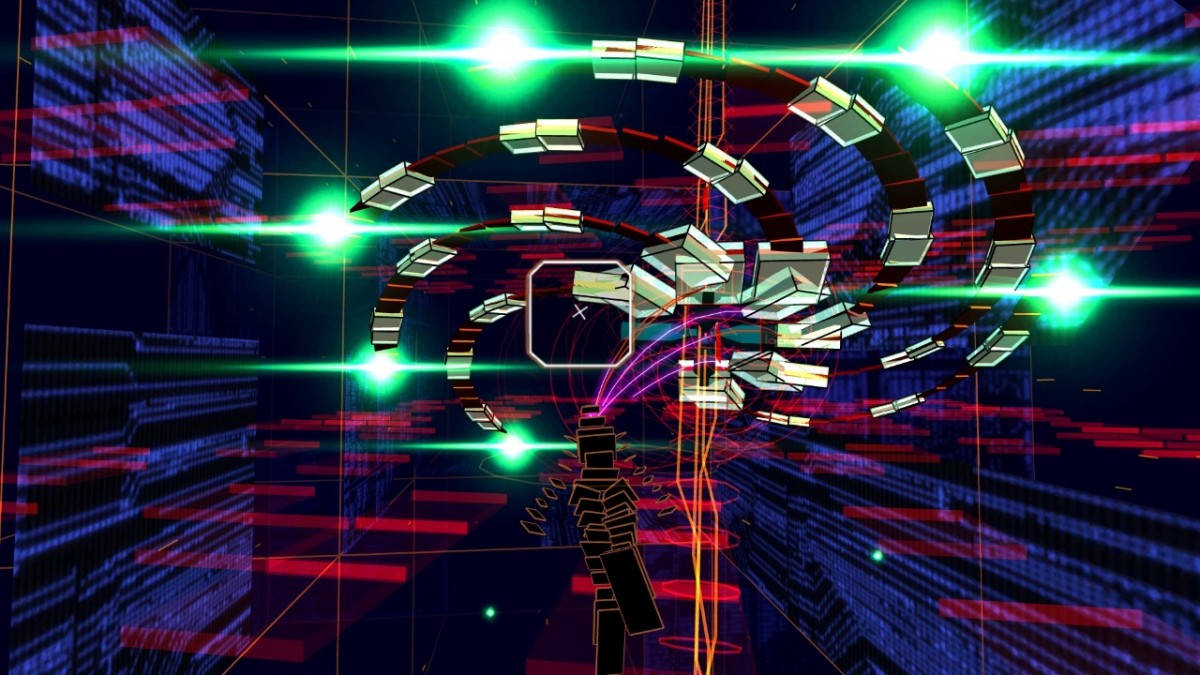 15 years ago, the original Rez Infinite changed the gaming benchmarks when it was released on the PlayStation 2. And now, here we are, in the era of Virtual Reality, that Rez Infinite has been re-imagined and re-designed to change the standards of VR Gaming. The game grants its players a full 360-degree view, shooting and fighting your way out with guns and overdrive boosters. Whether for the sake of nostalgia, or a new VR gamer, Rez Infinite is a game that you’d find hard to put down on your PSVR. 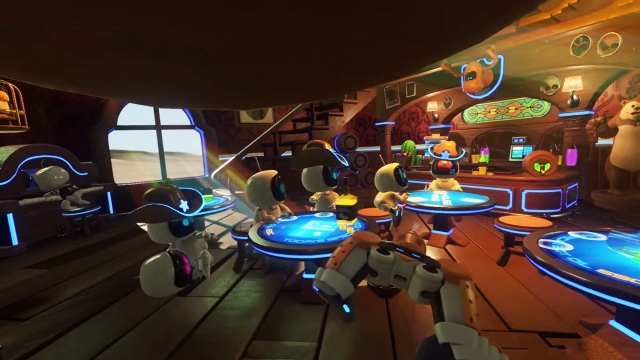 The Playroom VR is a freebie for anyone that purchases the VR headset, it’s a game that introduces the VR world to you. The game allows you to control a number of characters, mostly cute little adorable robots, and play various different little mini-games with them. While it’s not a big game in itself, it is a collection of multiple small games that help the user get comfortable with the VR world with a smile on their face. 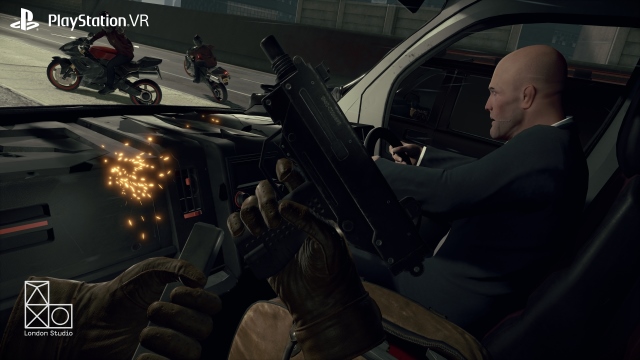 The PlayStation VR Worlds is a game that features 5 different game sets within itself, each game offering something new and something different to experience the VR world. Whether it’s deep-diving with aquatic species, exploring a distant galaxy, taking part in illegal street racing or fighting with the London mafia, VR Worlds has plenty to offer. It seems to be the perfect first PSVR game with a different experience in each of the included story lines. 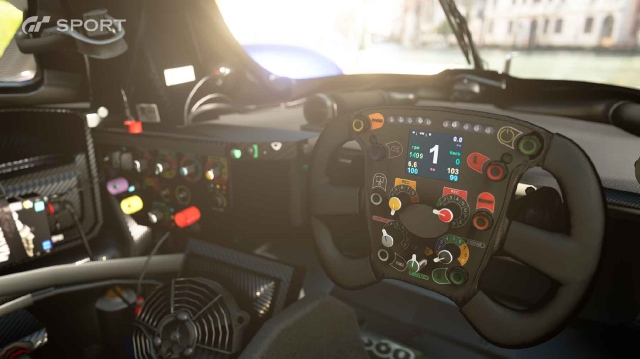 The Sony PlayStation has been known for its superb Gran Turismo lineup, inviting racing gamers from all over the world, and continuously keeping the fight going with Microsoft’s Forza series. It makes perfect sense for the Gran Turismo series to come to the PlayStation’s VR world, and while it may not offer the same features as the normal GT does, it does bring the widely loved professional and real like racing gameplay to the VR scene. Showed off at the E3 2017, the GT VR received a tremendous response by the fans, and is one of the most anticipated VR game for the PlayStation VR.

See Also : 15 Best Racing Games for PS4 You Should Play

Best PSVR Games You Can Buy

Virtual Reality is a concept which is slowly but surely gaining attention by the developers. With more and more games to come, VR is undoubtedly the future of gaming. If you already have the PSVR, you should try out the aforementioned games. At the moment, these are indeed the best PlayStation VR games available out there. Also, share with us your experiences, and any game you feel we left out in the comments below.